The independent-minded Saint Paul Saints are known for wacky theme nights and occasionally hair-brained stunts, but Tuesday's contest against the Sioux Falls Canaries was an absolute mess. 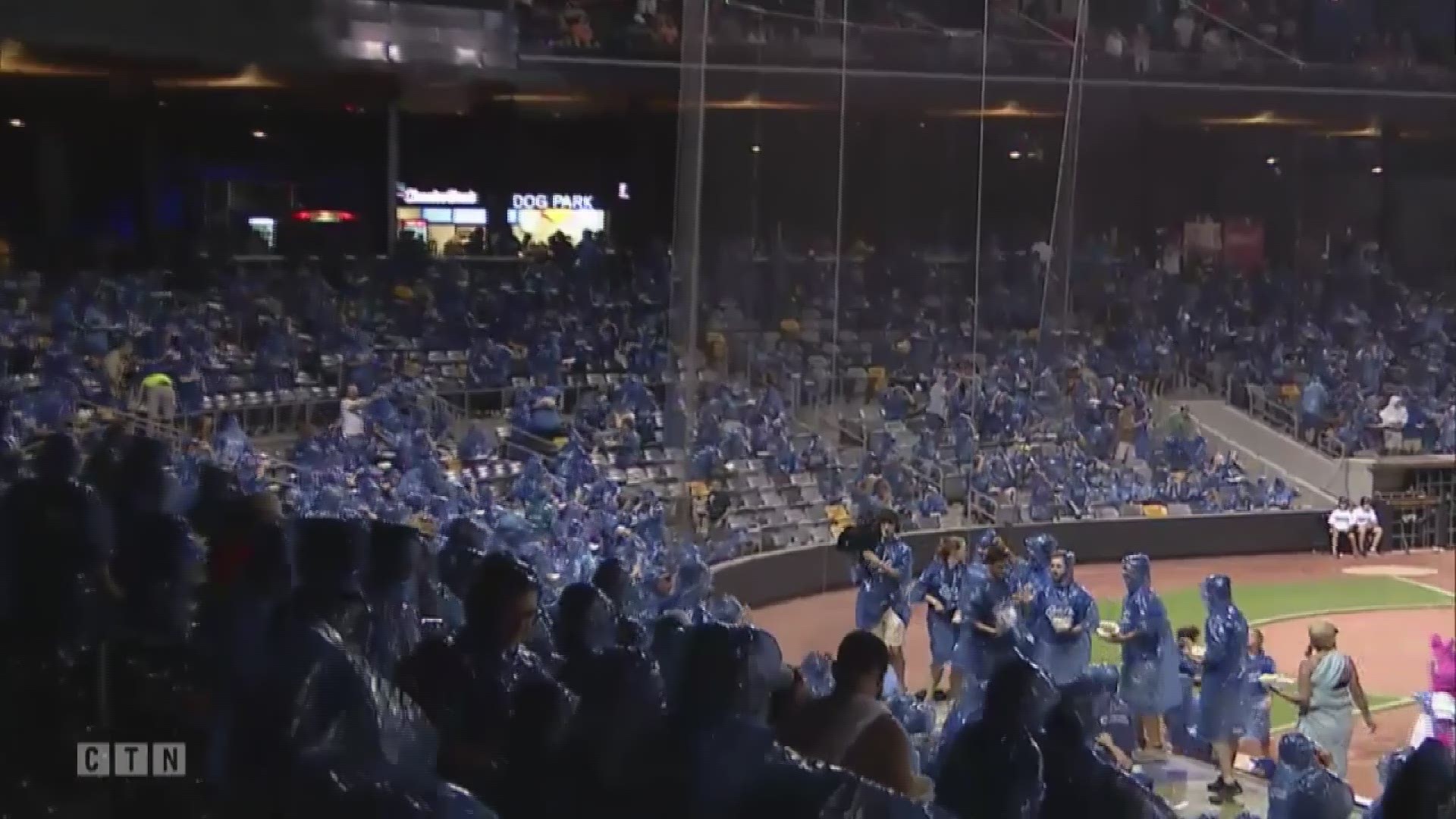 ST. PAUL, Minn. - You really need to be prepared for anything when walking through the turnstyles to enter a St. Paul Saints game.

Yep, the independent-minded baseball club is known for it's wacky theme nights and occasionally hair-brained stunts, but Tuesday's contest against the Sioux Falls Canaries was an absolute mess.

It was Food Fight Night, a tribute to the cinematic classic 'Animal House' on the movie's 40th anniversary. One of the more memorable scenes was a lunch-tossing donnybrook started by Bluto, the sloppy schlub and Delta House spiritual leader. The Saints had the brilliant idea of recreating the scene in a ballpark setting, so fans were handed a waterproof poncho as they entered, then given access to prepared food packets, mashed potatoes, marshmallows, powdered donuts and popcorn.

As soon as the final out in the bottom of the 5th inning was recorded, the 'Animal House' scene came up on the big board. When Bluto screamed "Food Fight!!!!' fans jumped up and started chucking. The mayhem continued for the better part of 90 seconds, with 8,000 game-goers pelting each other with edibles.

Besides being a ton of fun, some good came out of Food Fight Night. Fans brought non-perishable food that was donated to SafeZone, a day center that cares for homeless and underserved youth and young adullts. Plus, for every dollar the Saints spent on food used for the Food Fight, the club donated a dollar to Second Harvest Food Bank.