On Tuesday St. Paul's independent baseball franchise became the Raccoons in honor of the scrawny critter that kept the world on the edge of its proverbial seat as she slowly scaled the side of a building in downtown St. Paul earlier this month. 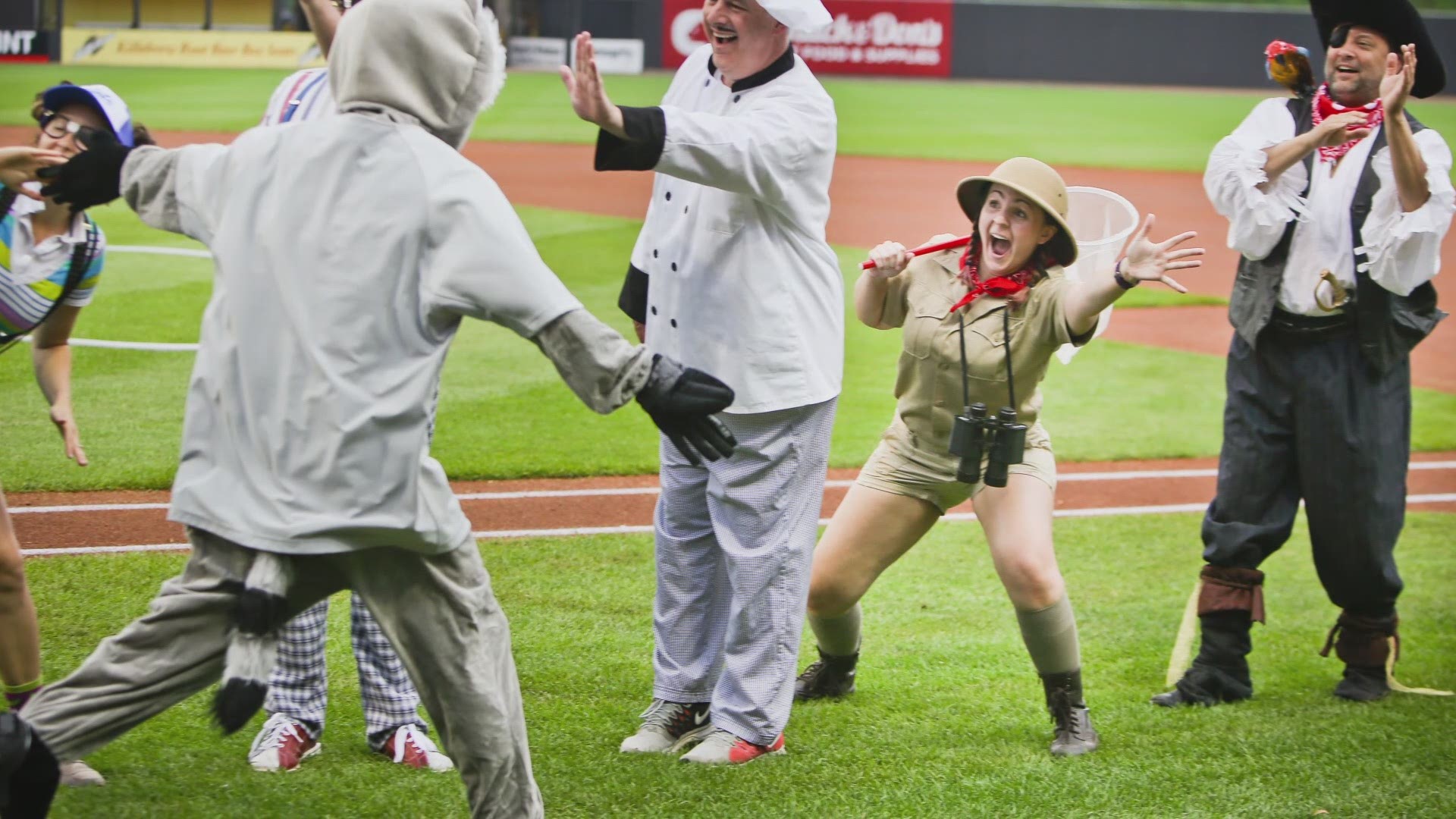 ST. PAUL, Minn. - Leave it to the Saint Paul Saints to turn the struggles of a wayward raccoon into a night of hijinks and giggles.

On Tuesday night the independent baseball franchise became the St. Paul Raccoons in honor of the scrawny critter that kept the world on the edge of its proverbial seat as she slowly scaled the side of a building in downtown St. Paul earlier this month. The Saints posted an eloquent explanation on the team's website.

She was one of us and the world wrapped their arms around our #MPRRaccoon. Not all heroes wear capes and ours climbed her way into the hearts of many, along with one of the highest buildings in Saint Paul. While many consider Minnesota a state you flyover to get to your destination, our hero proved this was an area she didn’t want to leave. She has now been returned safely into the wild, but her story will live forever and the St. Paul Saints plan on honoring the greatest raccoon known to man, since perhaps Rocket Raccoon, as they change their name for a day.

Fans of the Saints, who obviously enjoy being in on a joke, celebrated the one-night name change by dressing in raccoon costumes, donning fuzzy ears, and indulging in all things #MPRraccoon. The team made things special by giving ball pig Porknight a raccoon sidekick, and having someone dressed in a raccoon suit climb the outfield wall with the help of a rope ladder.