Why are young Americans so lonely?

According to USA Today, experts says that loneliness creates a biological response – causing things like chronic inflammation, damaged tissue, and an increased risk of heart disease. 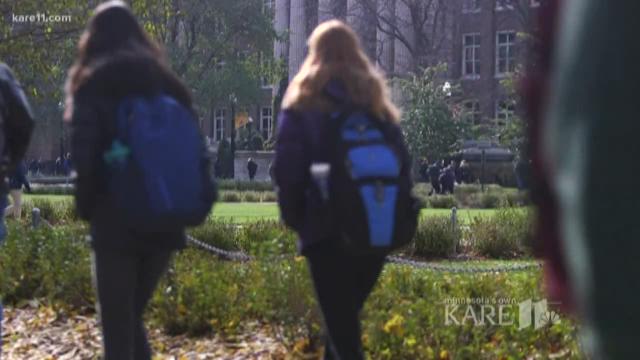 GOLDEN VALLEY, Minn. - Young people in the U.S. are more likely than senior citizens to report being lonely and in poor health.

That’s according to global insurer and health services company Cigna, which sponsored a study on loneliness.

Jagdish Khubchandani, Ph.D., a health science associate professor with Ball State University, says the problem is with how Generation Z kids are being raised.

“And this is a generation that’s grown up with TV and video games and candies, and so now it’s a reflection of what their lifestyle has been so far and they feel lonely and left out,” said Khubchandani.

According to USA Today, Cigna is concerned about loneliness - as it could make us sick.

They cite a 2010 report that loneliness has the same effect on mortality as smoking 15 cigarettes a day.

A local psychologist with Dendrinos Psychology in Edina says technology and social media could be partly to blame for loneliness.

“It’s like this reluctance to actually meet people face to face or even talk to them on the phone and then we’re avoiding being around people," said Dr. Andrea Potthoff. "It makes it harder to make plans and meet people, so I think that contributes to loneliness as well."

What can we do to combat it?

“Clearly parents, schools, community agencies have to find opportunities to engage these kids in social activities where they are also physically active, learning good habits, and it’s really about spending time with this generation,” said Khubchandani.

Potthoff added, “For those young people I normally encourage them, any small step you can take - maybe it feels too hard to invite someone or make a concrete plan, but instead go to a place where you'll interact with a lot of people. So the gym, public library."

According to USA Today, experts says that loneliness creates a biological response – causing things like chronic inflammation, damaged tissue, and an increased risk of heart disease.