Why did this raccoon thing go viral?

It was just a raccoon. Why did this thing go viral, reaching an audience around the world? It's all thanks to the social media age. 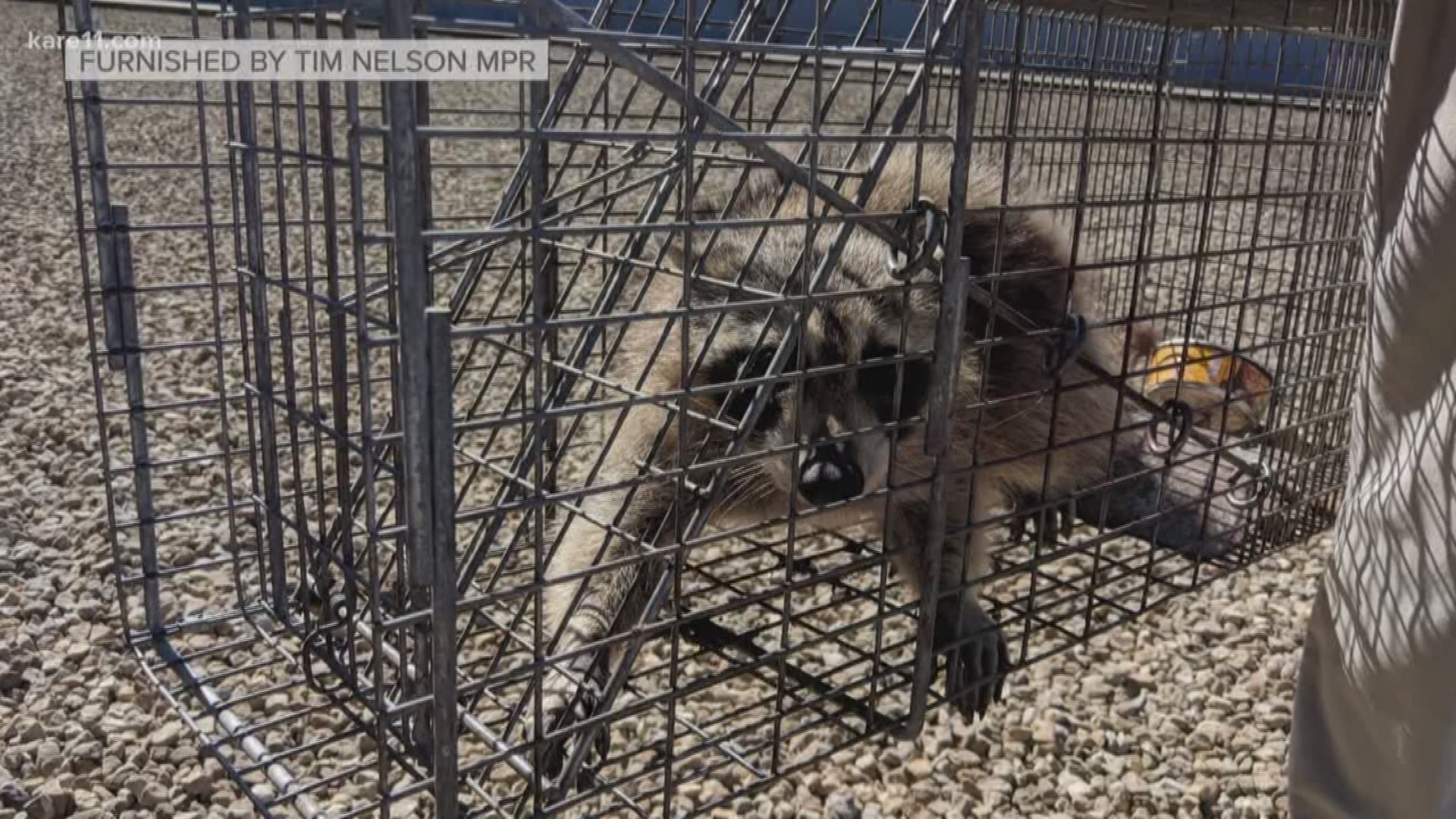 How did this raccoon in St. Paul become such an overnight sensation?

It's probably a combination of factors, according to Jen England, a professor at Hamline University who teaches a course on digital media.

"One, it was this cute story about the raccoon," she said. "And second, the amount of people involved in this is probably what caught global attention."

#MPRraccoon I want to thank @LanceUlanoff for sleep deprivation as I got invested in this raccoon climbing a building. I was there watching at some ungodly hour when it finally reached the top!🙄 pic.twitter.com/kjoAujh8eJ

You can thank the power of social media for that. Posts from William Shattner, James Gunn and Jake Tapper helped the legend of the #MPRraccoon spread far and wide, leading to coverage on Inside Edition, NBC's Today Show, The New York Times and the Washington Post.

England thinks it might have something to do with people needing an escape, particularly with so much heavy news lately (not to mention the president's high-stakes meeting earlier in the week).

"The president's in talks with North Korea. And things are really scary. And here's an opportunity for something with a hopeful ending, which it did have," England said. "This was, I think, a moment of hope that this raccoon could make it. We can help him."

England pointed out that many users felt emboldened to join the Twitter conversation because they felt they could offer safety tips and strategies for getting the raccoon down.

The funny thing is, this raccoon wasn't the first to attempt something like this in St. Paul. In April 2001, KARE 11 cameras followed another raccoon every step of the way as it scaled a light pole on I-94. That raccoon scurried off to safety after dark, garnering a lot of local media attention.

The #mprracoon phenomenon isn't just a product of the social media age. On April 17, 2001, long before Twitter, another raccoon in St. Paul became a "popular spectacle" by climbing a light pole on I-94. Cameras at @KARE11 followed that saga all day, too: pic.twitter.com/GuHfyFPHfD

But it didn't go viral nationally or internationally. There was no Twitter back then, obviously.

Social media made the latest raccoon a star.

"It was kind of this unexpected event," England said, "where people could gather around and share."