Normally Gretchen Stevenson's dog or cat would be the ones in trouble... 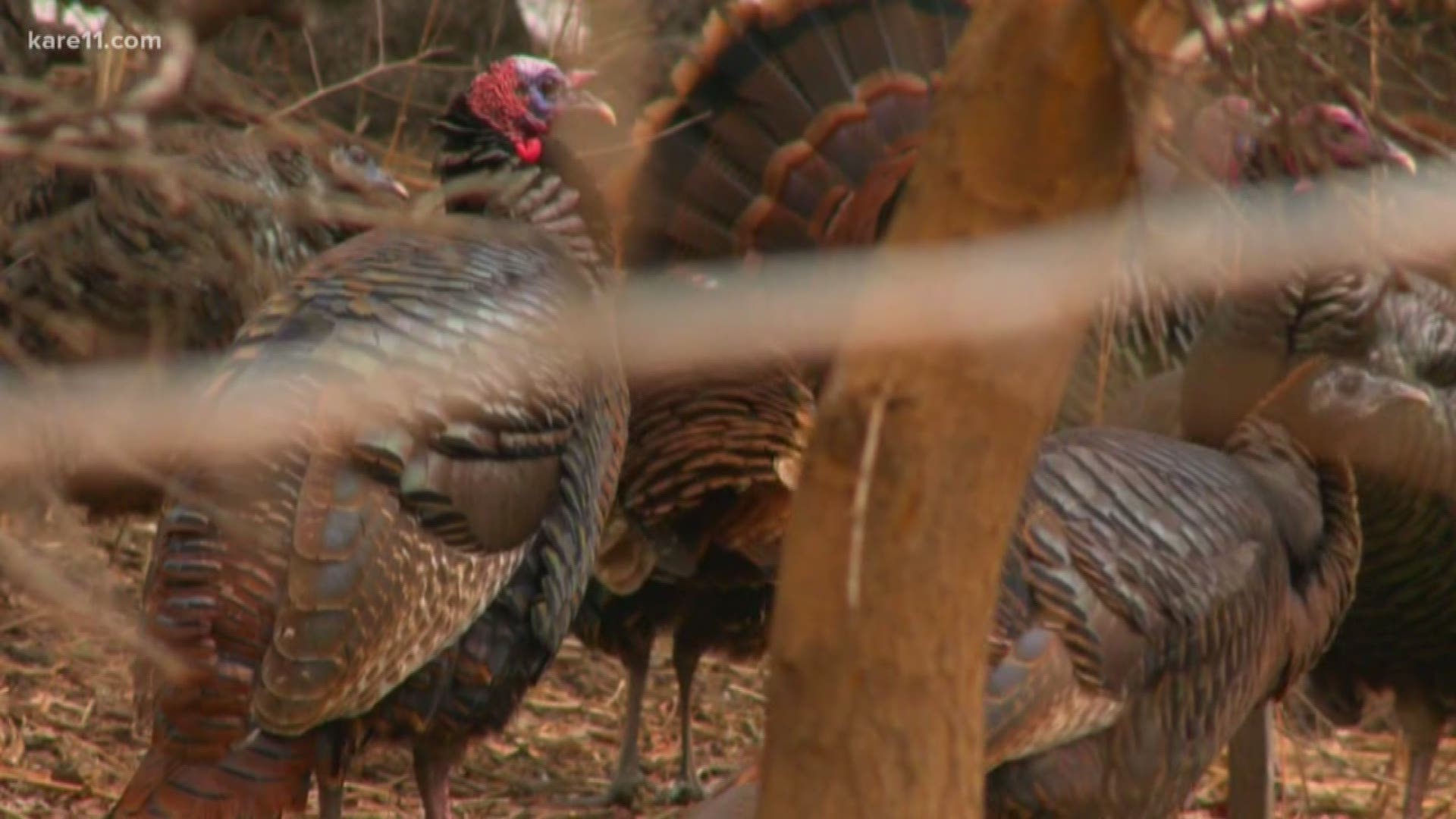 STILLWATER, Minn. — Most pet owners are familiar with that sinking feeling of coming home to a pet disaster.

"When I come home once in a while, after I have Lulu locked up, I'm always amazed at what she does," Gretchen Stevenson explained in a selfie video.

The normal culprits that create mischief at Gretchen's house are usually Lulu the dog or Pumpkin the cat. Last Thursday, however, the Stevenson household had a new perpetrator.

"There is a picture window, right here...this big window with the glass," Stevenson continued to explain in her cellphone video. As the video keeps going, it reveals that among the carnage is a turkey. Wedged between the wall and her couch.

"And here is the dead turkey behind our sofa with all the glass," Stevenson said. "Look at him!"

It was a shocking scene to come home to, to say the least. Stevenson said she left her house for work at about 7:30 last Thursday morning and came back home at around 10:45 a.m. She was gone only for a few hours, but in that window of time a wild turkey smashed through her literal window.

"I was actually confused as to where he would have been coming from momentum-wise," she said over the phone. "To break through a double-pane window."

Stevenson further explained that the turkey must have been flying because the picture window in question was on the 3rd floor of her home. The thought process behind that bird brain, we'll never know. However, we know it's some sweet lovin-time for those big flying projectiles.

"Yup, mating season for turkeys runs about mid-April through May," DNR Assistant area wildlife manager Kelly Pharis said. "So this time of year they can be more aggressive or you can see males fanning out looking for mates."

Maybe the turkey thought he was fighting someone just as good-looking.

"When they see their reflection they want to establish dominance so they peck in a window or to the side of a car," Pharis said.

Maybe the turkey thought his reflection was someone very, very attractive and flew straight in for a kiss.

"Whatever psychology is going on in a turkey this time of season was more fascinating to me," Stevenson said.

Stevenson said people joked about her having turkey for Easter. She said she didn't--but she did call a friend who likes to hunt and asked him to take care of it. He said there was too much glass in the turkey anyway.

Plus, even though the turkey basically made its way into the over for Stevenson, DNR says anyone wanting to harvest turkey or roadkill needs a license to do so.

"They're a protected species so you need to contact a conservation officer for that possession tag," Pharis said.

That's a tag Stevenson said she didn't want to deal with. Another tag she wishes she didn't have to work with? The price tag, of getting her window fixed.

"It's not the way I want to spend a thousand dollars," Stevenson said. "That's what it cost me for that stupid bird!"