Hyland Hills Ski Area in Bloomington opened Nov. 17 but this was their first big snowfall of the season. 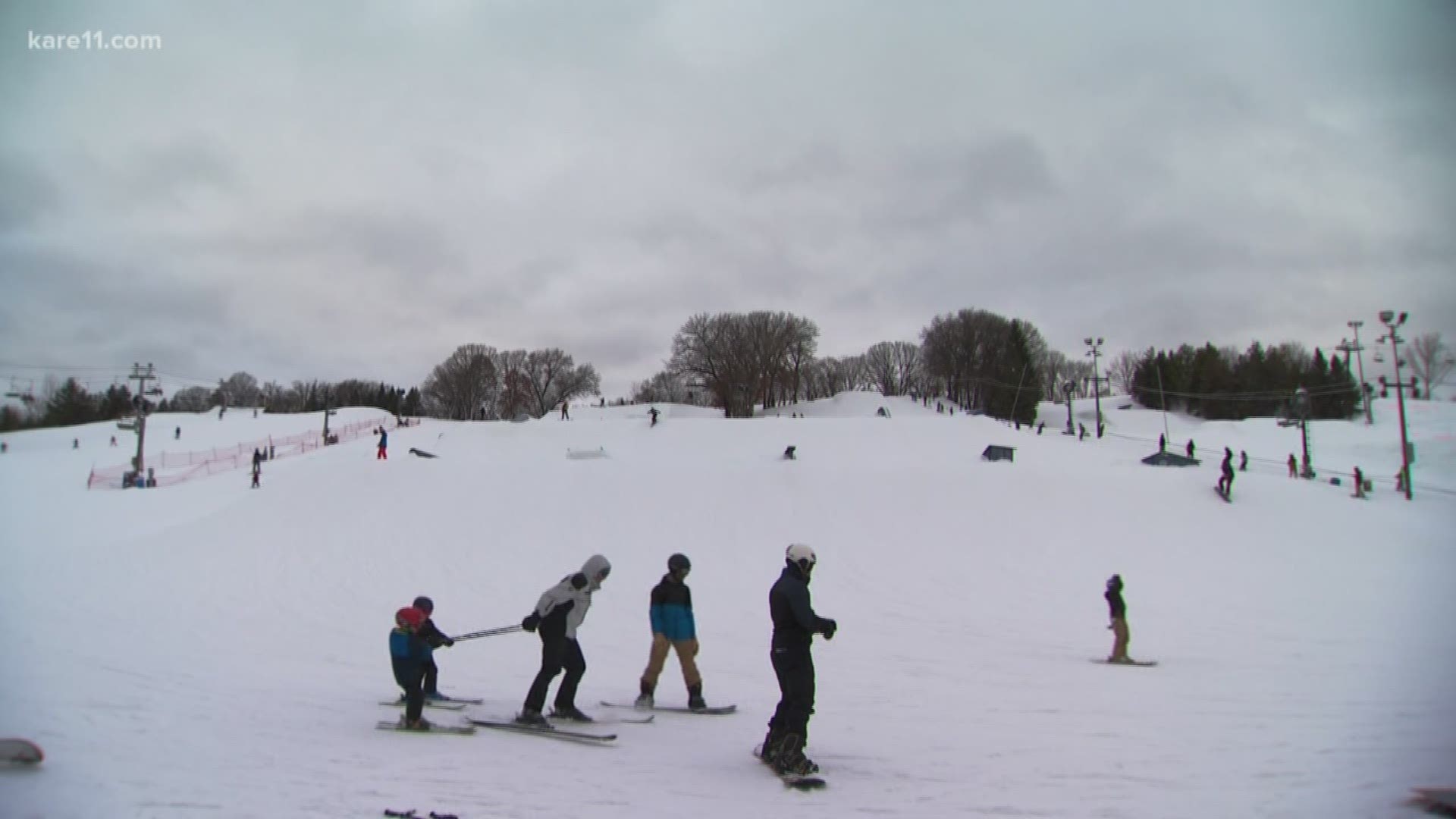 BLOOMINGTON, Minn. -- The first big snowfall of the season inspired Minnesotans to get outside this weekend.

Sunday afternoon, skiers and snowboarders were out at Hyland Hills Ski Area in Bloomington.

"We love the snowfall because it's one of those things where everyone gets excited. People see snow in their backyard and then they come out to us and they know we're here," said Matt Davis, facility supervisor at Hyland Hills.

Hyland Hills, operated by Three Rivers Park District, has been making snow since the beginning of November. The slopes opened Nov. 17—about a week earlier than they typically open—but this was their first big snowfall of the season. Davis estimates on Sunday they had "a thousand to a couple thousand people" not including lessons and season-pass holders.

"After I heard we got a bunch of snow I was like, 'Sweet. I kind of want to come to Hyland now,'" said Lizzy Hamel, a 7th grader at Justice Page Middle School in Minneapolis. "This is my first day of the season, so far. I was a little rusty at first but then I got back into it."

Rio Treharne, a 6th grader at Field Community School in Minneapolis, came out to Hyland Hills after playing hockey. Treharne said, "It's really powdery so when you fall it doesn't hurt as bad."

Lots of people were taking advantage of the fresh snow in Mankato; 8 inches of snow fell in the city.

"It's fun," said Graham Wayne, 8, who was sledding at Sibley Park on Sunday.

"The first snowfall is always nice but after that it can get kind of old as the winter goes on," said Jessica Wendinger, a Mankato parent.