Minnesota Department of Health says a woman is receiving treatment after touching a bat that tested positive for rabies. The woman is expected to be okay, but the MDH is reminding people not to touch wildlife with proper protection. 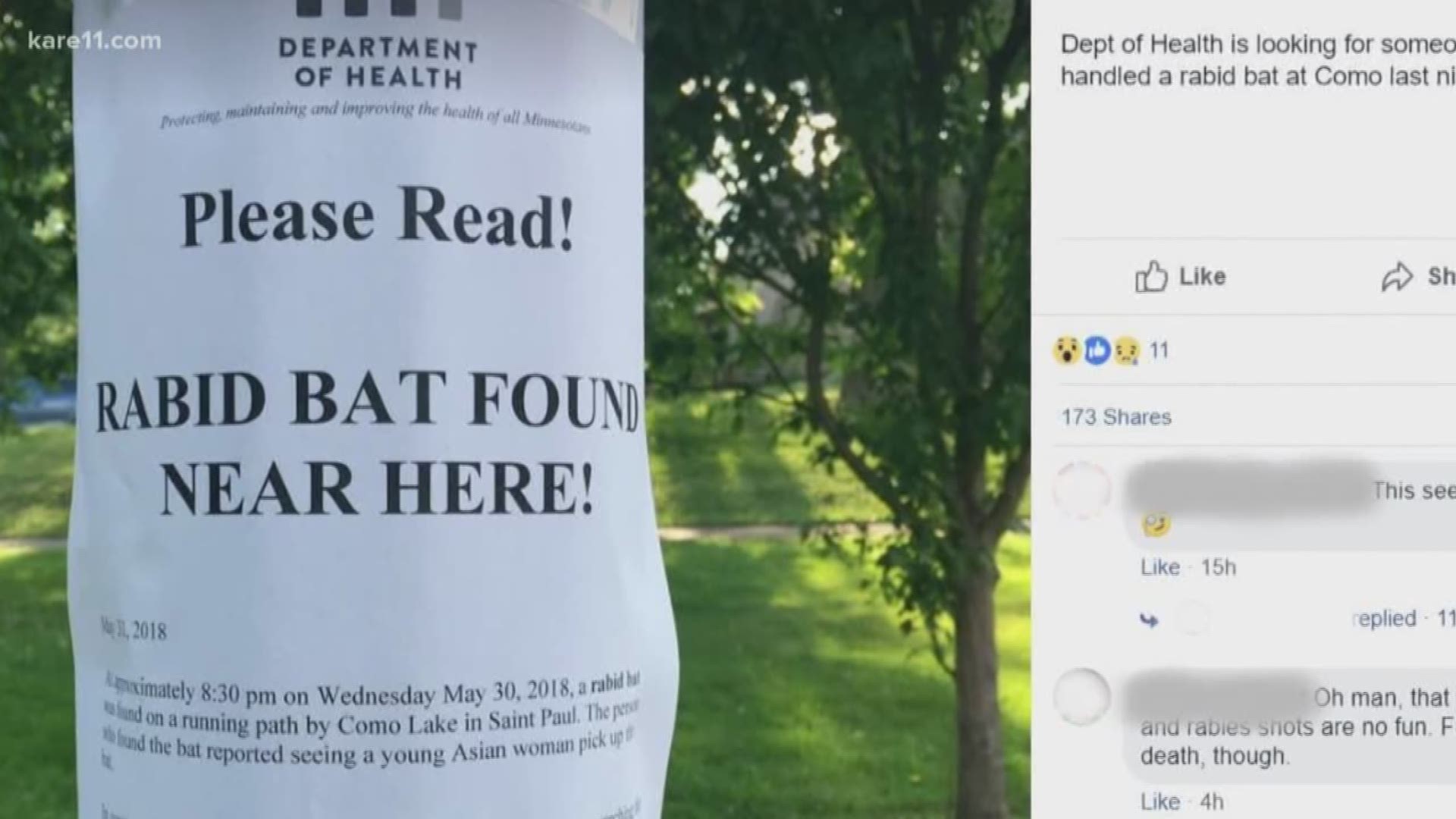 ST. PAUL, Minn. - There's plenty of things to see and do around Como Lake. However, on Friday, there was something that was catching the eyes of many passersby.

Written in bold letters, posters that read "Rabid Bat Found Near Here" were put up near the running paths. It succeeded in getting people to talk about the issue.

"We've seen the signs and I've seen it posted on social media," Deirdre Opp said. "My daughter is asking a lot of questions about what the signs are about and what they tell us."

The message from the Minnesota Department of Health is simple. They say a bat was found near the running path on Wednesday. One person turned in the bat but before that, another person reportedly touched it with her bare hands.

When the bat tested positive for rabies, the folks at the Department of Health knew they needed to find the woman who had touched it.

"Good news, we heard this afternoon from the person who picked up the bat," MN Department of Health's State Veterinarian Dr. Joni Scheftel said. "Everything is okay and she is seeking health care."

Scheftel says the word could not have gone out quicker on a time-sensitive issue like this. She says the woman they were looking for happened to see a picture of the posters being shared on social media.

"In the past, it has taken us longer than 24 hours to find somebody," Scheftel said. "We're very pleased and very happy for her."

Had the woman not gotten back in touch with the department of health quickly, Scheftel says this would have been a different story.

"Rabies is fatal," Scheftel said. "This is an urgent situation."

Scheftel is also using this chance to remind folks that bats and other wildlife should be off limits to touching. She also emphasized that if you wake up to find a bat in your room, you should attempt to capture it and have it tested for rabies.

She says pets also should be vaccinated against rabies.

You can find more information about how to capture bats for testing here.