Woman gives kidney to firefighter who came to her rescue

Bill Cox responded when Becca Bundy's daughter was having a seizure. Two years later she returned the favor. 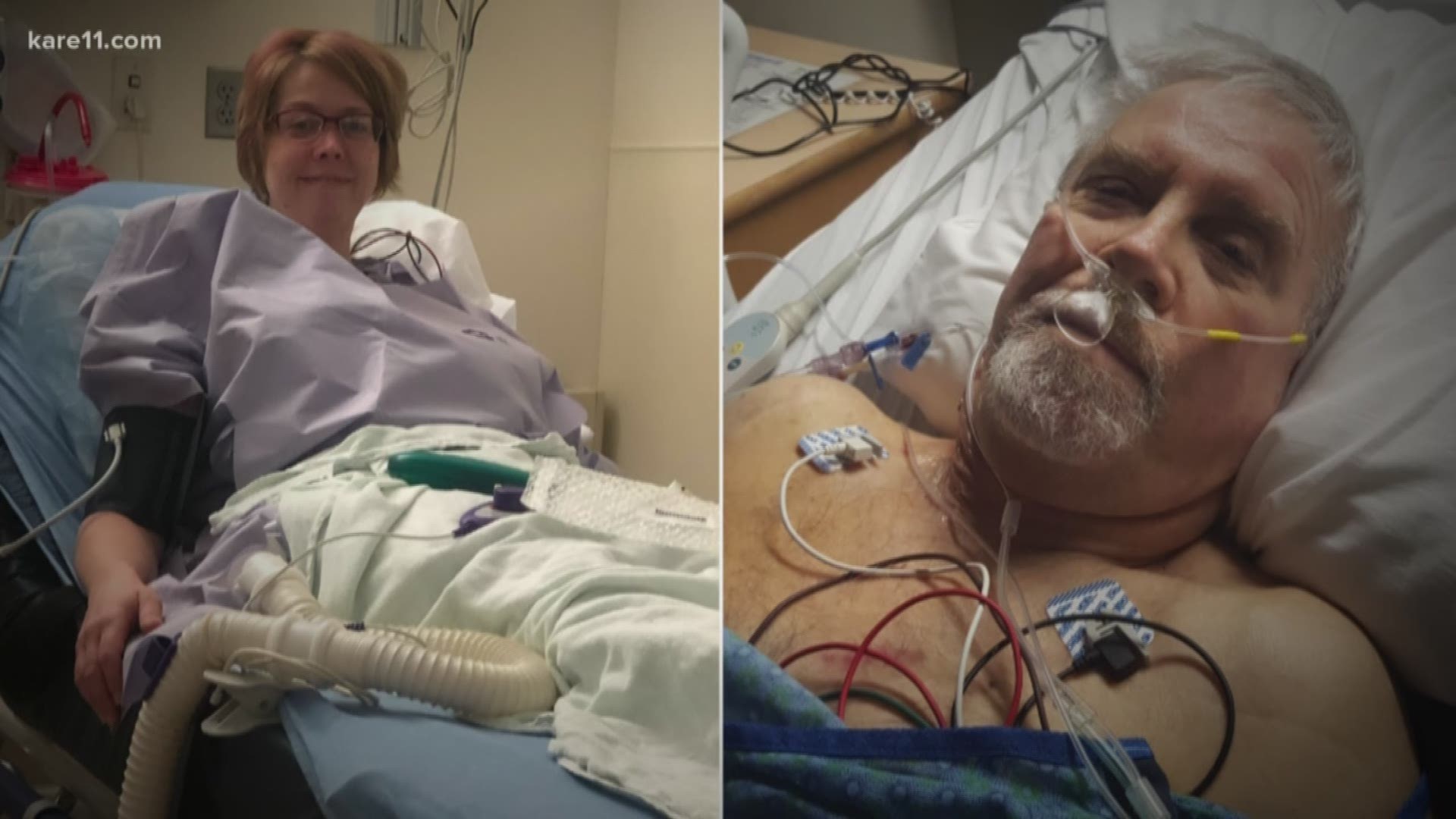 COOK, Minnesota — A Minnesota woman has given a kidney to a firefighter who once answered her call for help.

Becca Bundy spotted Bill Cox tending bar last fall.  The Bearville volunteer firefighter was wearing a T-shirt on which he wrote a plea for a donor.

Credit: Boyd Huppert, KARE
Bill Cox holds the T-shirt he had printed as he searched for a kidney

Two years earlier, Bill was the first responder who rushed to Becca’s home when her 1-year-old daughter Hadley suffered a seizure.

“He seemed to care, it wasn’t just another call,” Becca remembered of the encounter.

When Becca saw Bill tending bar in the T-shirt, “I thought that was a way I could certainly say thank you.”

The surgery took place in February at University of Minnesota Medical Center, where one of Becca’s healthy kidneys was transplanted into Bill.

Three months later, 66-year-old Bill is free from dialysis and resuming his retirement in the log lake home he shares with his wife Terry.

“I feel pretty blessed to be chosen to be on his journey with him,” Becca said, wiping away tears.

To bring the point home, days before the surgery, Bill presented Becca with an angel statue he carved from wood.

It was the beginning of a friendship that has blossomed between their families.

Drawings by Becca’s children now grace the Cox’s refrigerator.  The artwork has special meaning since, “we don’t have any grandchildren,” Bill explains.

This summer Bill and Terry plan to host Becca, her husband and their four girls on their boat.

Last Fall, Becca Bundy walked into a bar.  Who knew nine months later, they would all be sharing pieces of each other.

“It is that lifetime bond that will never go away,” Becca said.

Note: The University of Minnesota offers these five things you should know about becoming a kidney donor.

PHOTOS: Land of 10,000 Stories: Woman gives kidney to firefighter who came to her rescue