Jenny Teeson turned her personal nightmare into a cause -- repealing the state's voluntary relationship defense in spousal rape cases. 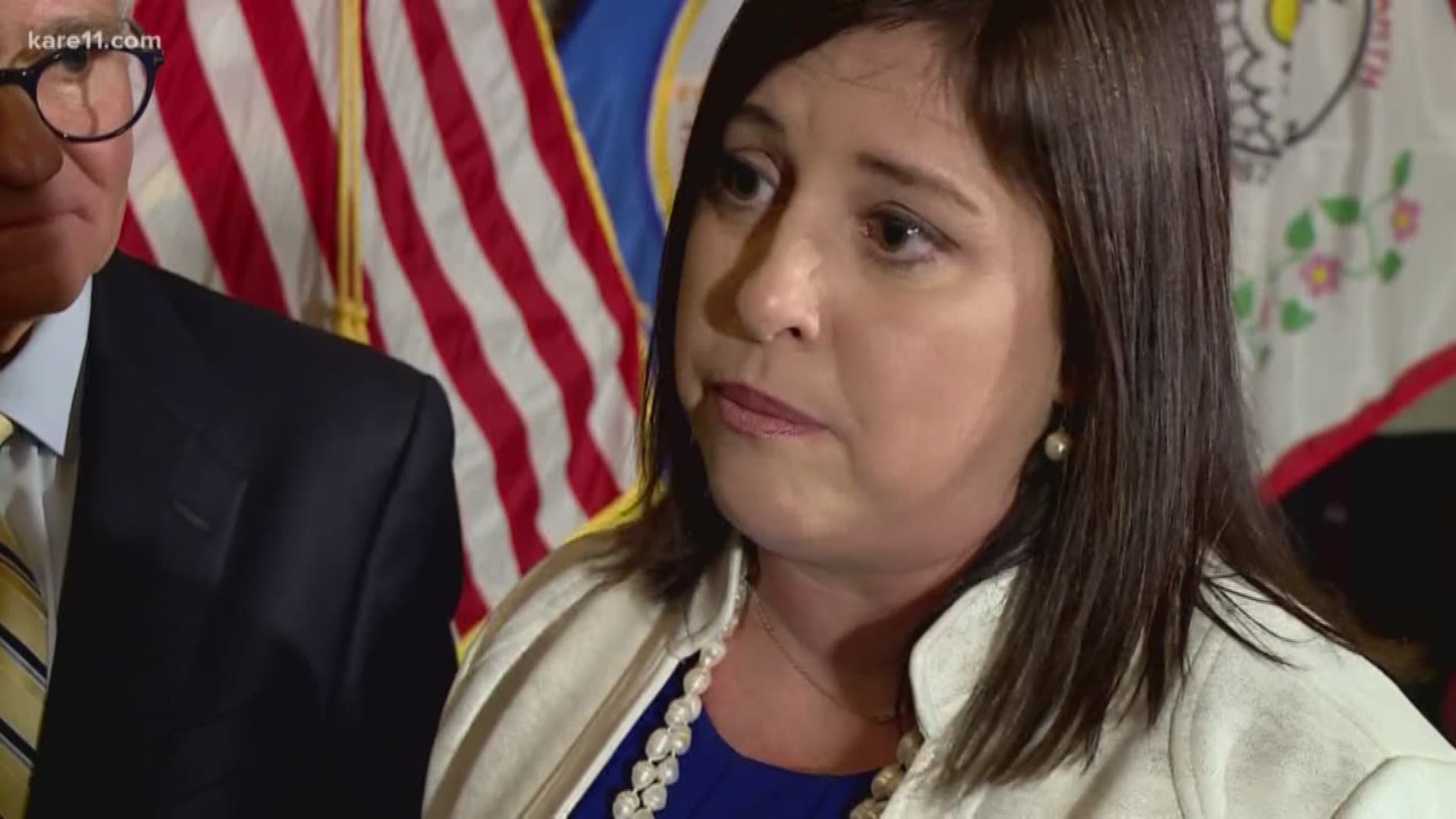 ST PAUL, Minn. — Gov. Tim Walz Thursday signed a bill that repeals Minnesota's the marital rape exception, but he gave all the credit to the woman who made it happen: Jenny Teeson.

"No longer will this antiquated and shameful law be on our books," Gov. Walz told the crowd gathered in his office for the signing ceremony.

"It’s reprehensible and because of Jenny it is now going to be repealed."

The journey for Teeson, the mother of two, began when she discovered a flash drive with secret bathroom videos of her husband's coworkers on it. She decided to file for divorce and her lawyer advised her to check all the computers in the home.

A search of the family's laptop revealed shocking video clips of her husband assaulting her in bed.

"It's one of those surreal, kind of out-of-body experiences, where you’re watching something happen to you that you have absolutely no recollection of," Teeson told KARE.

She believes she'd been drugged.

"I was out cold. And in video he goes from my lower body through the covers up to my face to show that I am passed out, and my mouth is open on the pillow. And right next to me in one of the videos is our four-year-old son."

When she finally worked up the courage to report the attack to authorities she received an even bigger shock; a person couldn't be charged with raping a spouse under Minnesota law.

The "voluntary relationship" defense was spelled out clearly in Chapter 609.349 of state statutes. People who are married, or living together engaged in an ongoing, long-term sexual relationship couldn't be charged with criminal sexual conduct.

Lawmakers couldn't believe such an exception existed, until Teeson started coming to the Capitol to press the case for repeal.

"I thought this can’t be possible in Minnesota and in fact it was," Sen. Michelle Benson of Ham Lake told reporters Thursday.

"And then Jenny started telling her story, a difficult story, over and over again, until everyone listened."

The bill came close to passing in 2018 but was lost in the shuffle at the end of the session. She kept coming back to the Capitol, winning over key players one by one.

The lead author in the House, Rep. Zack Stephenson of Coon Rapids, applauded Teeson for her tireless efforts.

"Everyone deserves to be safe. Jenny Teeson has helped make that happen today."

Teeson said she learned a lot at the Capitol and understands not every victim could turn outrage into advocacy. She thanked her parents and all of the state lawmakers who worked with her along to way to make it reality.

"I truly feel blessed that I have the strength to have the voice, and that I can be that voice for so many. I didn’t think of that when I started that journey and it’s surreal every time I leave here."