Once Upon A Time in Hollywood features Brad Pitt, Leonardo DiCaprio, Margot Robbie and Mike Moh. 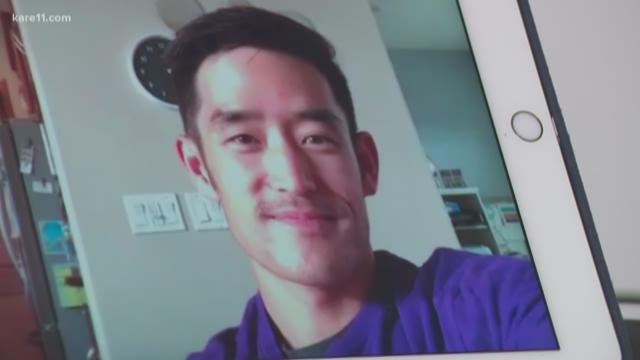 MINNEAPOLIS — If you're a movie buff, you've probably heard about Quentin Tarantino's film, Once Upon A Time in Hollywood.

In it are familiar faces and names like Leonardo DiCaprio, Margot Robbie and Brad Pitt. Right alongside them is Mike Moh, born in Atlanta, raised in Woodbury, Minnesota.

"I've been a fan of Quentin Tarantino for a long time, and to be in his films," Moh trailed off. "Just being in his film is etching myself into cinematic history. It's a really cool moment for me."

A martial arts teacher by trade, Moh has a gym in Waunakee, WI. He didn't always think about becoming a movie star, but things worked out in his favor. This year, he's playing his childhood hero, Bruce Lee, in Once Upon A Time in Hollywood.

"I mean when I was a kid growing up, I was inspired by Bruce," Moh said. "I think people need a blueprint to be able to follow."

Moh's blueprint was definitely unconventional. He said he went to the University of Minnesota and earned his marketing degree. When he told his parents he wanted to act, they didn't stop him, but he said they were slightly worried.

"'You just got a marketing degree, I thought you were going to do business,'" Moh quoted. "I think they were wanting to make sure that my life was a little bit more safe."

So Moh did exactly the opposite. He embarked on a journey that paid off, not just for himself, but for all the other Asian kids watching the big screen.

"The people that are in power in the creative positions in Hollywood, they're starting to see, 'well, wait, the public does want to see diverse stories. They do want to see properly represented people in film and in TV,'" Moh said. "So yeah, it's exciting. An exciting time not only as a person of color but as a performer."

Once Upon a Time in Hollywood hit theaters today.