Adrian Peterson still out to prove something

Entering his 14th NFL season, Peterson is 35 years old and still grinding it out at running back. 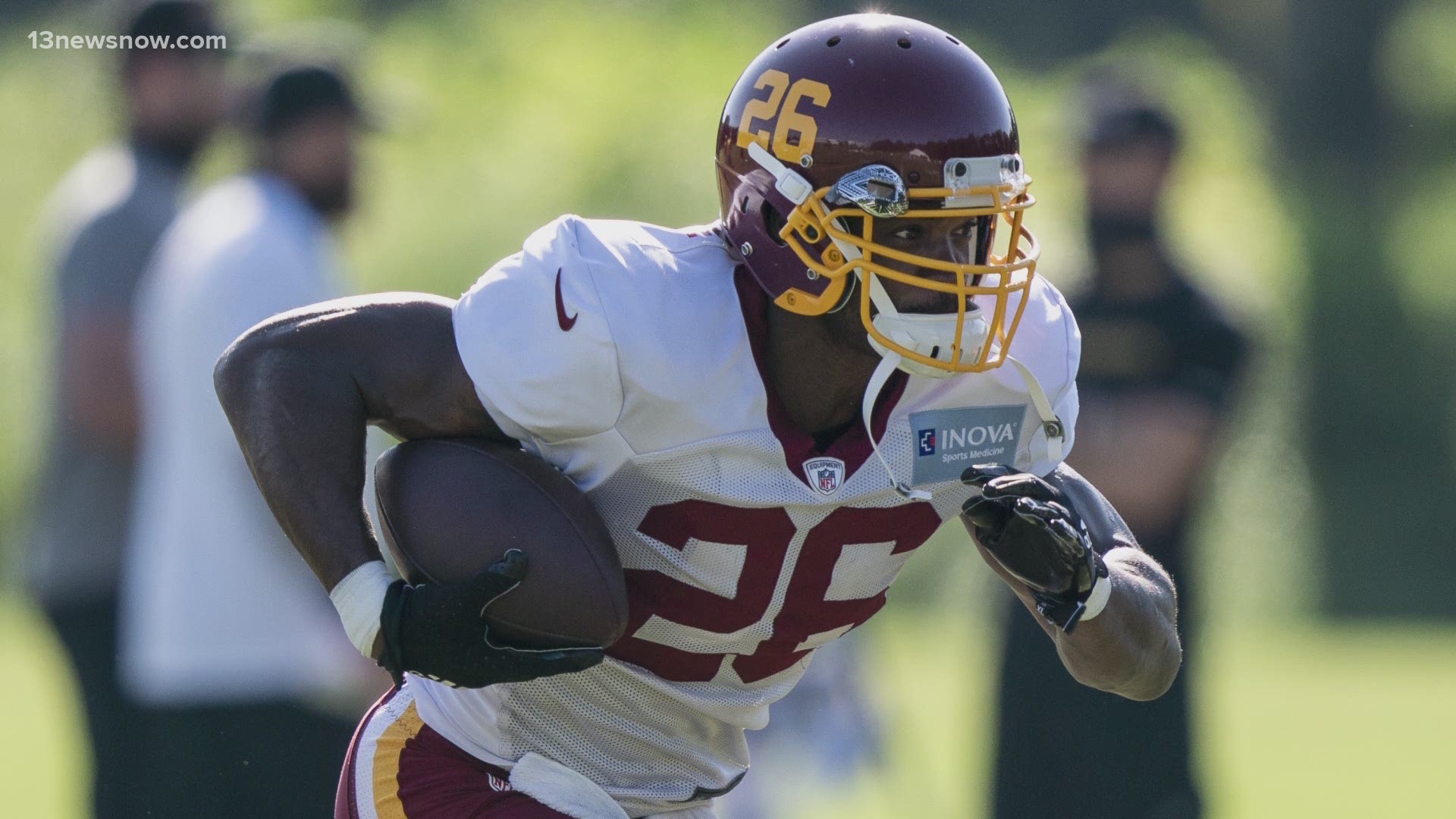 ASHBURN, Va. — It appeared as if this was going to be Derrius Guice's big chance for a breakout year at running back for Washington. Guice has his issues and is no longer on the team. However, the backup plan is pretty strong.

Adrian Peterson returns for his 14th NFL season. It's probably not fair to call him the backup plan as he's always been option number one.

At one time he was unchallenged as the best running back in the league. Peterson is now 35 years old. It looks like he'll be the "go to" back again. He knows he always has something to prove as he says, "It's always fulfilling to go out there and play at a a high level because I love the game and to amaze people, turn people into believers."

Ron Rivera may been in his first year as Washington's head coach, but obviously he knows what Peterson can do. Rivera has been impressed at camp, saying Peterson will break any arm tackle and give Washington that physical presence which Rivera thinks is so valuable.

Peterson is fitting in fine with the new culture of the team and the new coaching staff. As a team leader he's ready to help bring to life the new mission. He says, "They're demanding a lot from us and we're accepting that offensively, defensively and special teams. We have a lot of veterans on this team that are excited about this change."