National Coalition Against Racism in Sports and Media started in Minnesota and is now seeing a nationwide move away from Native American sports names and imagery. 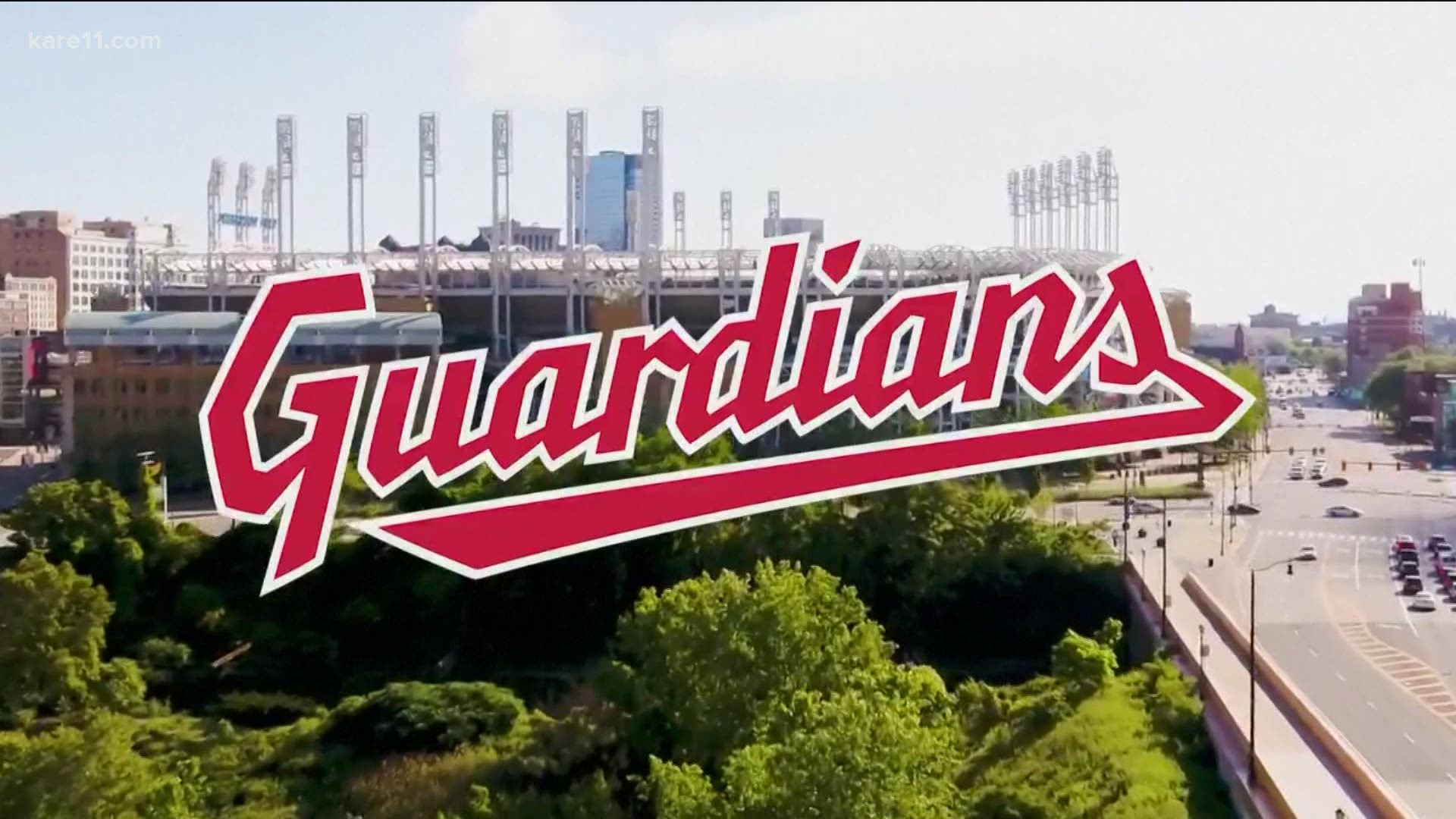 MINNEAPOLIS — With its new name and logo, the Cleveland Guardians baseball team has officially turned the page on more than 100 years of hurtful history.

"It's a good day," said David Glass, President of the National Coalition Against Racism in Sports and Media (NCARSM).

Glass and Terrill have each helped lead the charge against Native American names and imagery in sports, ever since the first major NCARSM rally outside the 1992 Super Bowl in Minneapolis.

"We were there on that day with the Buffalo Bills and Washington, and it was a cold, cold day," Glass said.

"If someone had told me in 93 or 92 that it was going to take us this long, I would have said, 'No,'" Terrill said. "It's not just about sports and imagery, but it promotes racism and it's degrading to a people."

Together, we are all... pic.twitter.com/R5FnT4kv1I

Thanks to continued pressure and protests in recent years, significant progress has eventually come. In addition to Cleveland, the Washington Football team also abandoned it's offensive nickname and logo, and will also soon unveil a new name.

"There is still a lot of work to do," Glass said. "There's still a lot of names out there at the college level, on the high school level that carry the Washington name, carry Cleveland's name, along with other offensive names."

And so the public pressure will continue. Minnesota Lieutenant Governor Peggy Flanagan, who has attended numerous rallies herself, wrote on Twitter, "Thank you to all of the folks who have advocated for this change for so many years. Change is possible — keep pushing. #NotYourMascot."

Thank you to all of the folks who have advocated for this change for so many years. Change is possible — keep pushing. #NotYourMascot https://t.co/VCi588n9yG

"You know, a lot of people have passed on to the spirit world since this began," Glass said. "I think about them, and the work that they did."

And that work has had a ripple effect. In the last year, David says more than 10 high schools have also changed their names. Now, with another pro team leading the way, he believes more are sure to follow.

"As my Lakota/Dakota brothers and sisters would say, 'Washte. It's a washte day.' It's a good day," Glass said.

Glass says NCARSM is still trying to work with the NFL and Major League Baseball in response to the Kansas City Chiefs and Atlanta Braves.  At the very least, he says they'd like to see the teams do away with the "Tomahawk Chop" that both fan bases still use during games.