The three-time all-around state champion became the first gymnast to record a perfect 10 in the vault at state. 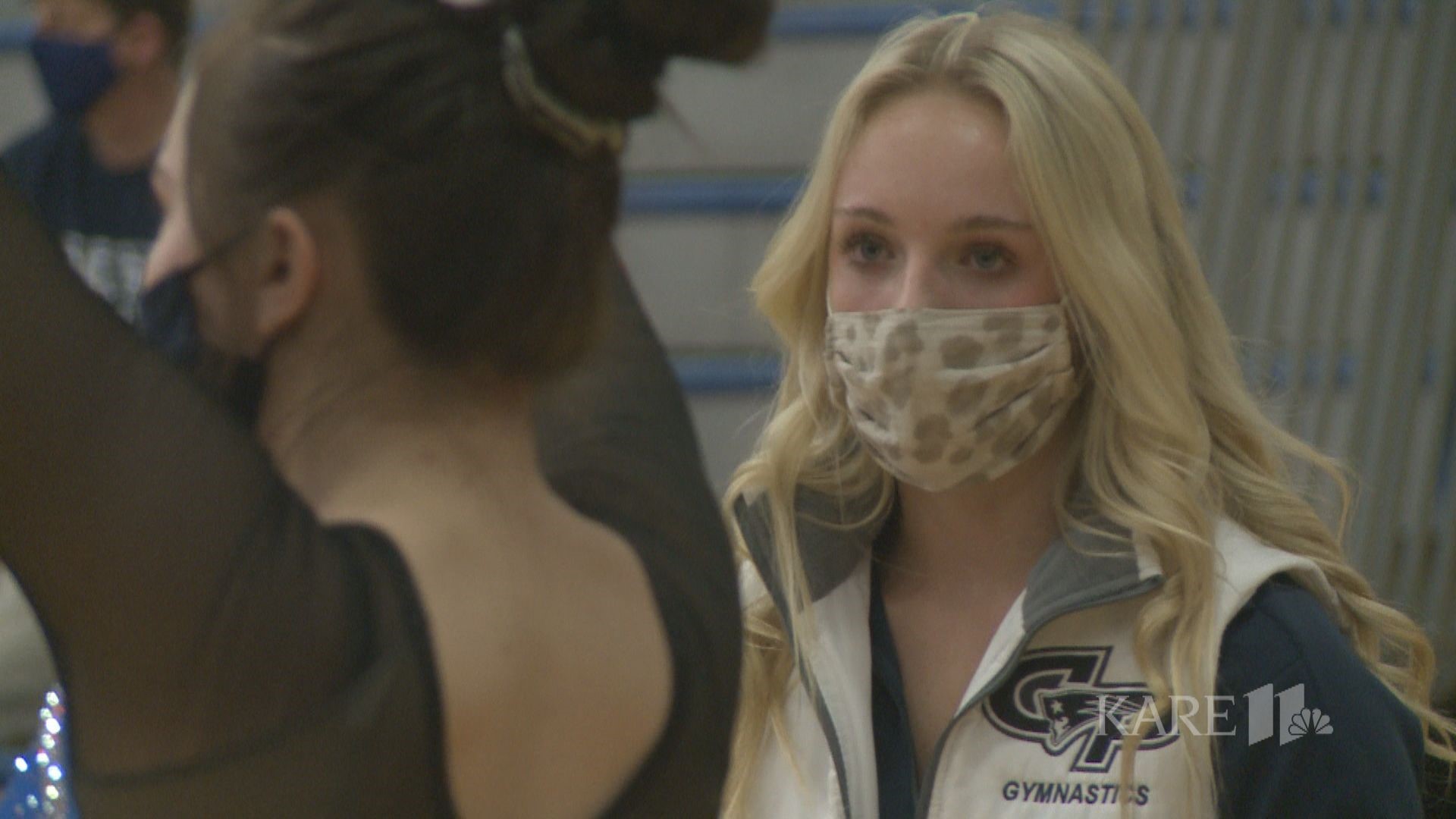 CHAMPLIN, Minn. — On the bars, beam or vault is where Chaney Neu is most comfortable.

So now as the Champlin Park senior roams the sidelines, it's still a little awkward.

Just two years ago the then sophomore for the Rebels Neu earned her third straight all-around state title. She became the first gymnast to record a perfect 10 in the vault at state. Seemingly, she was on her way to an unprecedented and historic five-peat.

Then a severe knee injury derailed those goals. She underwent several surgeries and was advised by doctors against competing again.

Even with that setback, Neu knew she didn’t want to end her career like that. So she stayed on first as a team manager and then as an assistant coach in her senior year.

Why did @neu_chaney not just quit?

Well, I think we can all learn something from the @CPHSRebelPride senior about adversity and how you handle it in life. 🙌🙌🙌 @MSHSL @kare11 #kare11sports pic.twitter.com/NMWumLSZBY

She uses her expertise, knowledge and friendship to make others comfortable on the bars, beam or vault.

Neu says she hasn't decided if coaching is in her future but another possible silver lining to this unfortunate injury is that she's considering studying to become a physical therapist. She is considering attending the University of Minnesota starting next year.