Burnsville's placeholder and defensive linewoman sets the example of what a student athlete should be. 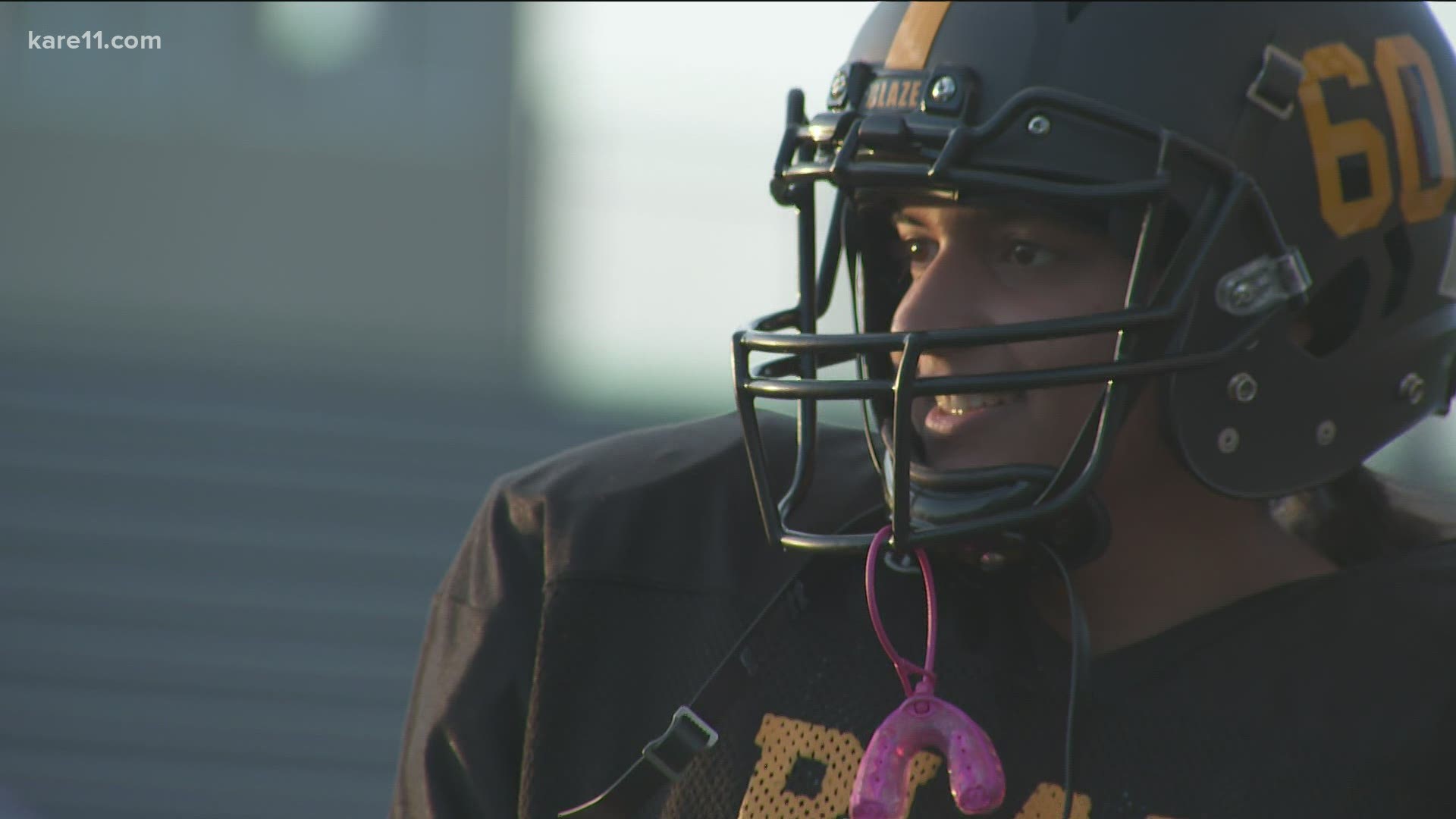 BURNSVILLE, Minn. — Football is a part of the Bunnell family - it always has been.

"We are a Vikings family. My brothers play ... I think it was only natural for me to play too," said Alexis Bunnell, a member of the Burnsville Blaze football team.

Bunnell started playing football way back in 5th grade, when her twin brother Andrew started playing. A community member asked Alexis, somewhat jokingly, as she put it, if she was going to play football too.

"It went from a joke to a real thing."

Bunnell is anything but a joke - on and off the field. On the field, she's the placeholder for the Blaze on extra point and field goal attempts. The kicker? Her twin brother, Andrew. Turns out, what started in 5th grade isn't ending any time soon.

"It's been interesting, to go through this with Alexis. The ups, the downs. Not so much downs, it's all been fun stuff and I can't wait to see what's next," Andrew said.

What's next for the twins after graduating is even more promising than their exploits on the turf. The Bunnell twins will attend the University of Minnesota next year, where they'll both study neuroscience.

"She's a 4.0 GPA student - won many community awards. She's the example of a student-athlete," said her coach Vince Varpness.

Alexis is also one of just 25 students in the Twin Cities to win a Target STEM science award for a research project she did about teens and their "addictions" to social media.