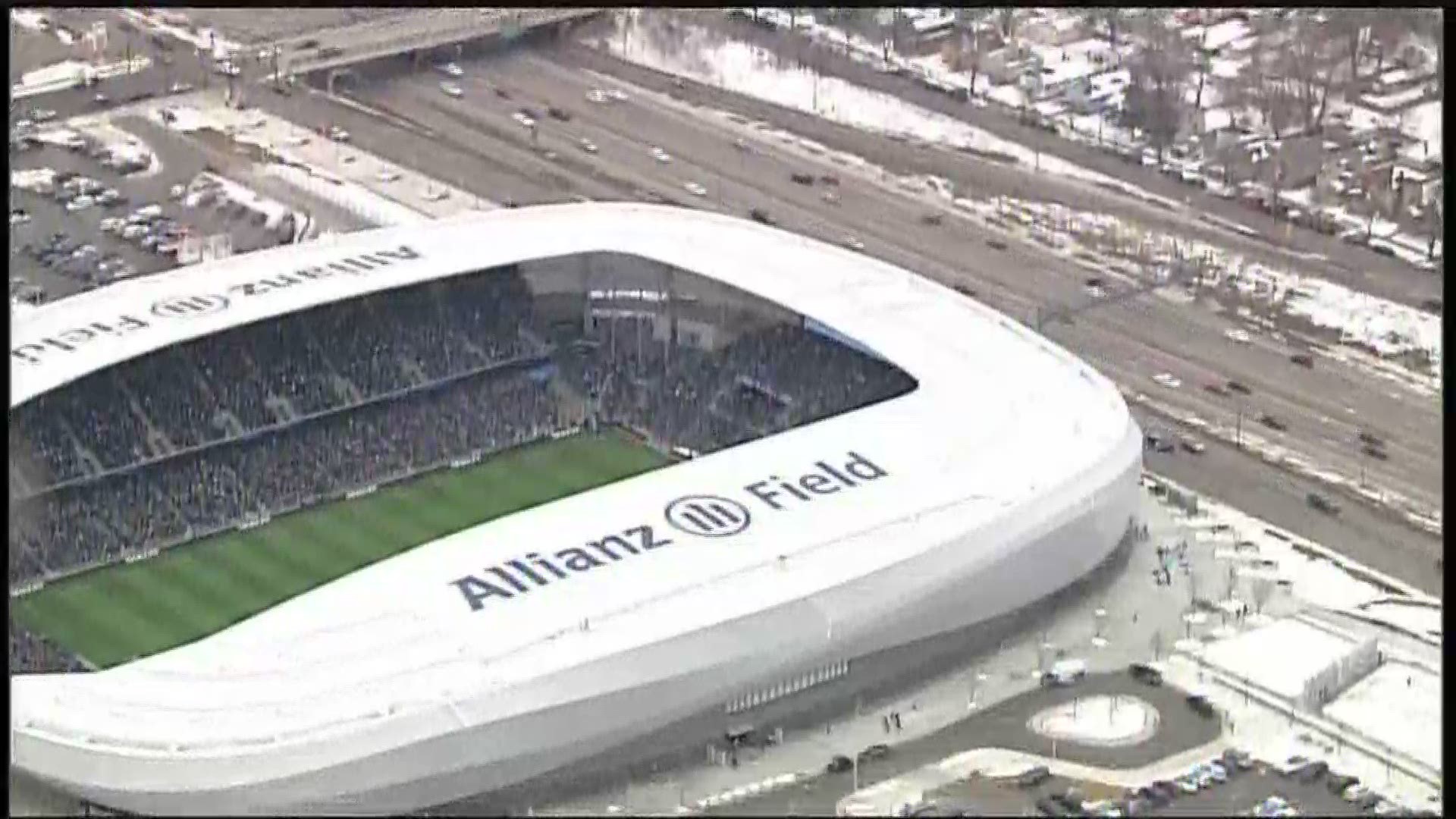 Crews were busy this digging out all of the snow at Allianz Field in St. Paul preparing it for its sold out debut.

Allianz Field has seating for 20,000 fans and the roads around the stadium were crowded with fans.

There are 16 countries represented in the current MN United roster.