Alaska Rush, a competitive "Under-15" team from the Anchorage area has deep-rooted ties to tournament. 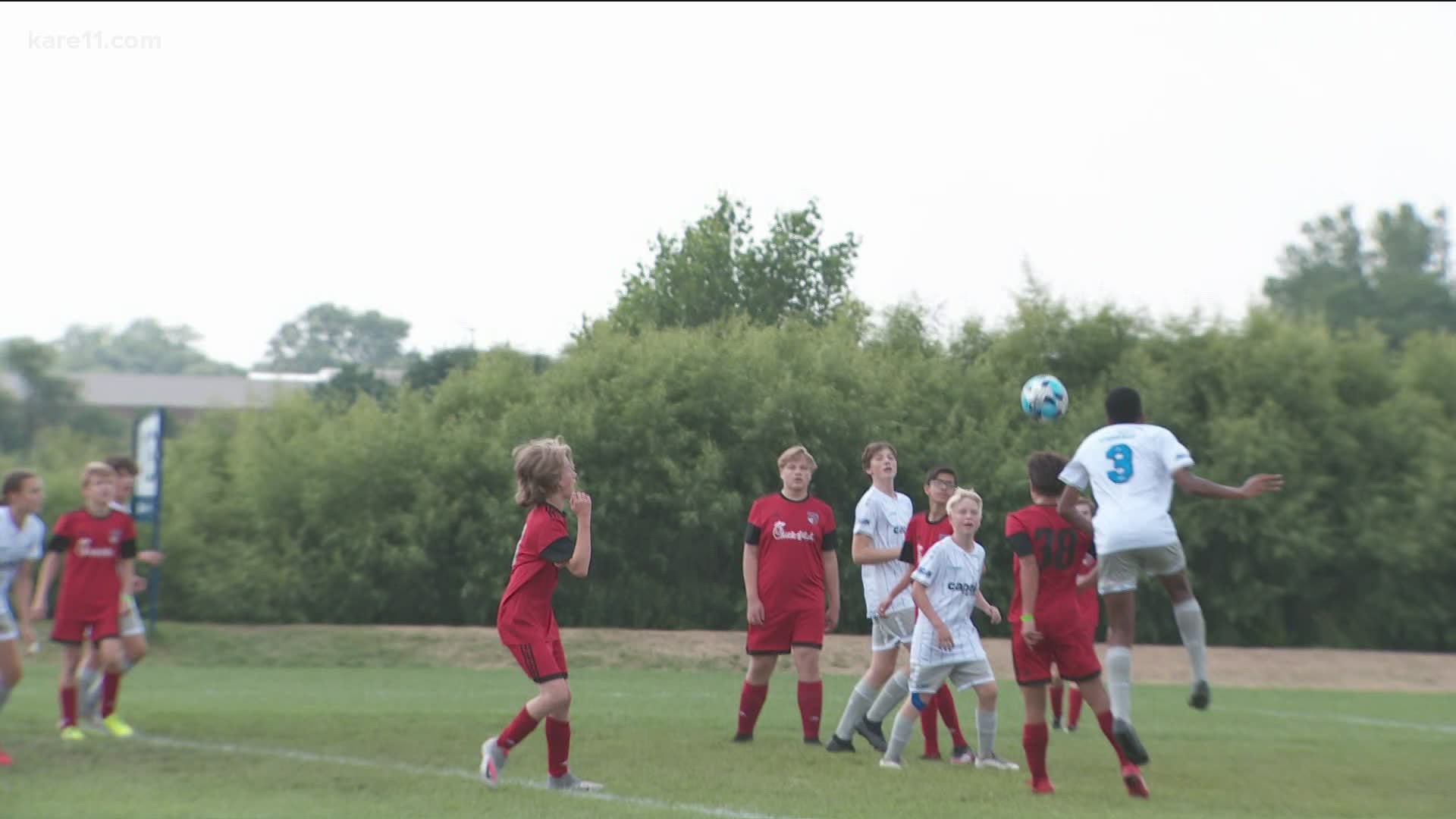 BLAINE, Minn. — Noah Ronquillo knows high-level soccer when he sees it, like he used to see it when coaching in the MLS' L.A. Galaxy youth academy.

Two years ago, serving in the military took him to Anchorage, where he found plenty of talent the Alaska Rush soccer club.

"We don't have a large pool of players, but we did have a really solid core of about eight players and we decided to just build," he said.

Using less resources than their stateside counterparts, Alaska Rush's team of director, parents, coaches and players is fielding two teams in this weekend's USA Cup in Blaine. Ronquillo coaches the "Under-15" coed team, which also includes players as young as 13, and Rush is also fielding an "Under-13" team.

"I played in this tournament in the early to mid-90s as a kid, basically the same age as these kids playing now ... I was certainly an advocate of coming to USA Cup, one of the biggest tournaments in the country if not the world," said Jeremy Hayes.

Hayes, an Anchorage native, is back at the tournament to watch his son play in it.

"Up there in Alaska it's pretty competitive, but you can definitely here it's a lot of difference," said left-winger Jack Crockett, who scored a goal in the team's Friday victory which brought their record in the tournament to 2-2.

Ronquillo's purpose in bringing the team to Minnesota was to give his players experience against a wide and higher variety of competition.

"Compared to here, [Alaska] doesn't seem that competitive," said Michael Njoku, a defender for the team.

"The level of talent and experience you get to see here in phenomenal," Hayes said.

"I've always told the players and the parents, this is the experience that is going to get you to the higher level," Ronquillo said.

The team won its Friday afternoon game and will continue on in the tournament, where a winner in their age group will be crowned on Sunday.

OTHER NEWS: Big I-94 project, gridlock to hit St. Paul

OTHER NEWS: North Minneapolis barber cuts through vaccine hesitancy with 'Shots at the Shop'