Gophers jump into AP top 10, LSU is landslide No. 1

The Golden Gophers are ranked No. 7 in latest AP poll. That's the highest ranking for Minnesota since 1962. 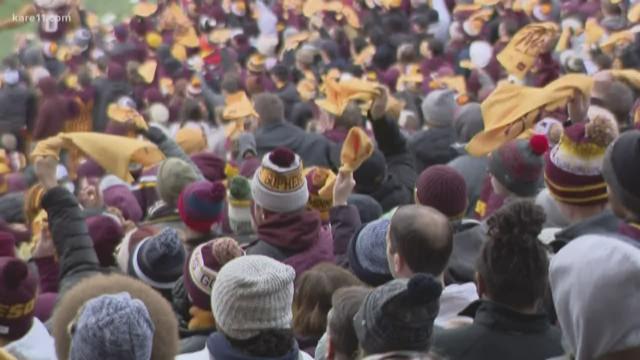 LSU is an overwhelming No. 1 in The Associated Press college football poll after beating Alabama in a 1-2 matchup, and Minnesota moved into the top 10 for the first time in 57 years.

Georgia was fifth, followed by Oregon and Minnesota at No. 7.

Minnesota is one of five undefeated teams in college football and are 9-0 for the first time since 1904.

The Nittany Lions slipped four spots to No. 9.

No. 24 Indiana is ranked for the first time since 1994, snapping the longest poll drought among Power Five conference schools.