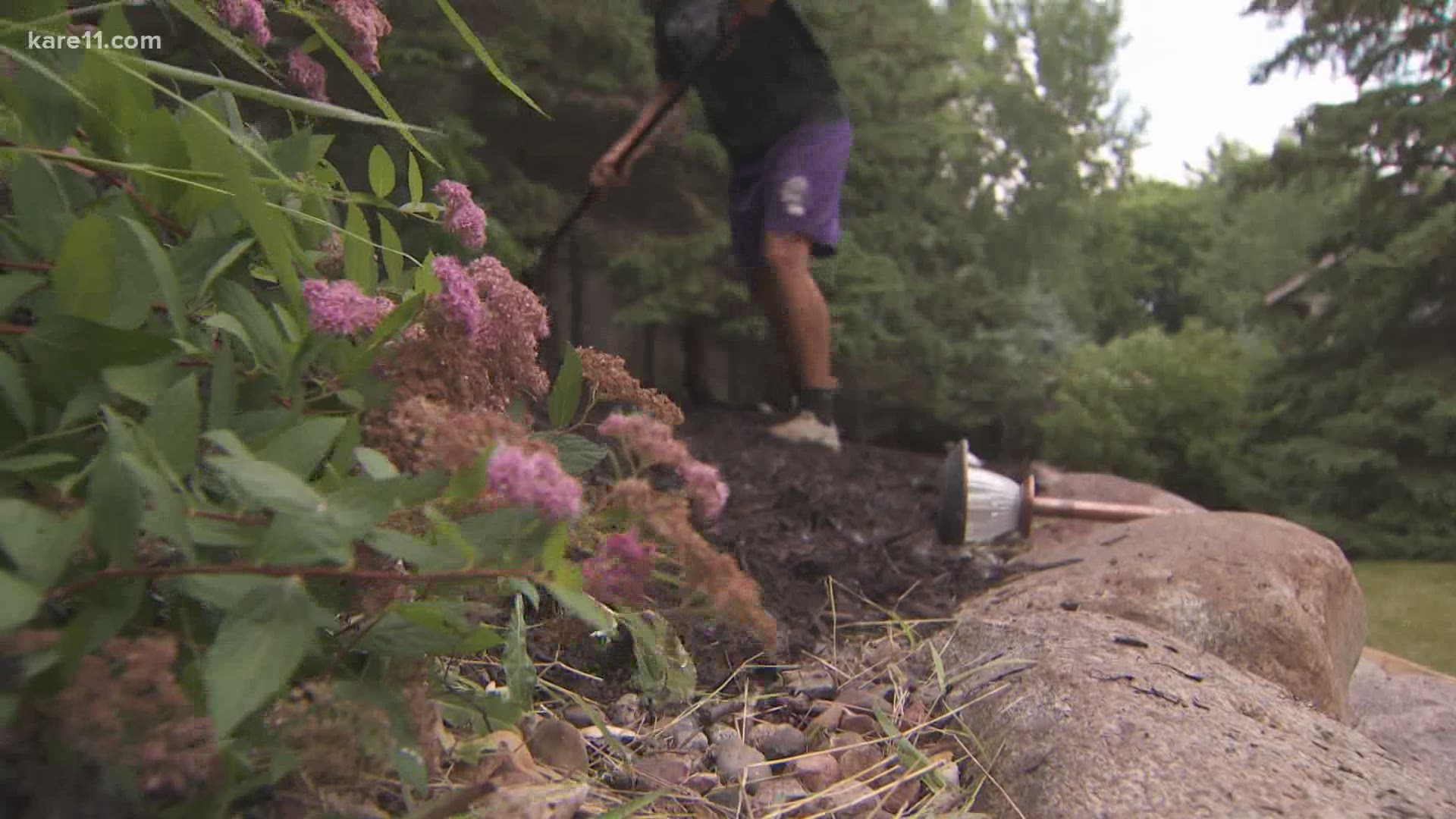 He knew this because he’s had his own landscaping business since he was 16 years old, which he started so he could have a summer job while he also trained to play high school football.

"Kind of came up with the name Varsity Unskilled Labor because it was very literal," Bernick says. "And it took off from there.

So much so that by the time he and Erik LeVahn became good friends at the U of m, LeVahn wanted in.

"One day I asked him, what’s it gonna take for me to buy into this business and expand this summer?" LeVahn recalls. "And he was like 'let’s do it'.

VUL Services now has four crews of high school and college kids around the metro. Jack and Erik are both brains and brawn, using their athletic backgrounds during the day and their business degrees at night.

The 'V' stands for Varsity. As in, most of the kids employed by the company are current or former athletes. Because one of the most important things about having a good business is good team work.

"All athletes have been on a team at some point," says Bernick. "Whether it's football, hockey, track, archery, they are all on a team and they all know about working towards that common goal."

As for Jack and Erik's long term goals, they have business jobs waiting for them in a few months – Jack at Best Buy and Eric with Deloitte. But when they go to work full time, they wont just give up what they’ve started.

"We’d like to keep it on the side," says LeVahn. "We’re trying to put in processes so that as we take a step back, current high school and college kids that we have can step in and take more of a leadership role."

Passing on the landscaping legacy one shovel and rake at a time.