The Augsburg goalie is currently ranked second in Division III hockey in save percentage and goals against average. 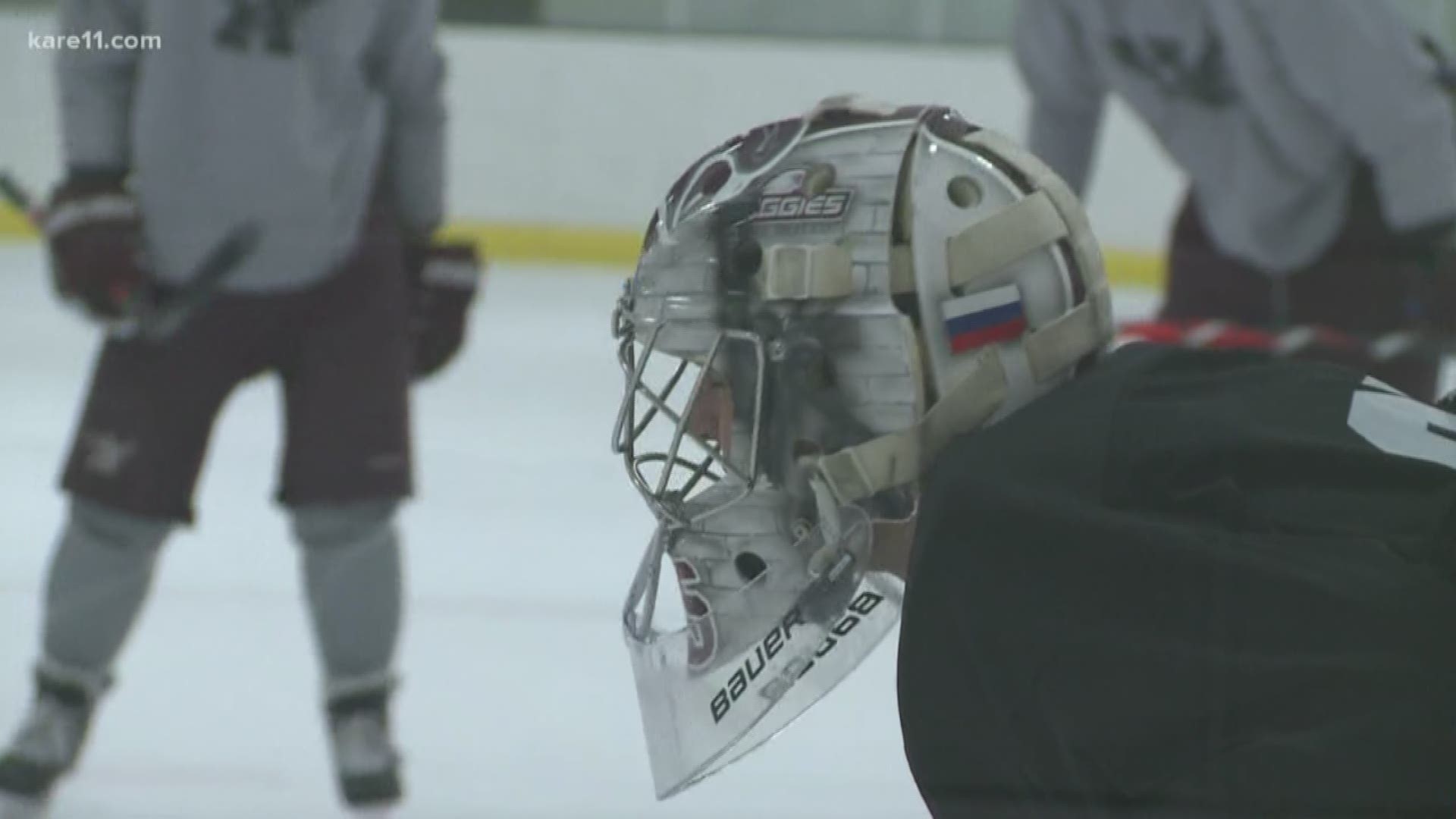 MINNEAPOLIS — Don't let his accent fool you. He's not from around here.

Daniil Gerasimov calls Russia home but is making a name for himself as the goalie for Augsburg. He's second in Division III hockey in goals against average (1.090 per game) and save percentage (.961).

He learned English growing up in Russia and has also spent seven years in the United States. He played juniors in Philadelphia before joining Augsburg.

The last few seasons, Gerasimov has watched and waited behind Nick Schmidt. As the Auggies starting goalie, he earned MIAC player of the year honors.