The Saints played their first home game Tuesday as a AAA baseball club affiliated with the Minnesota Twins. 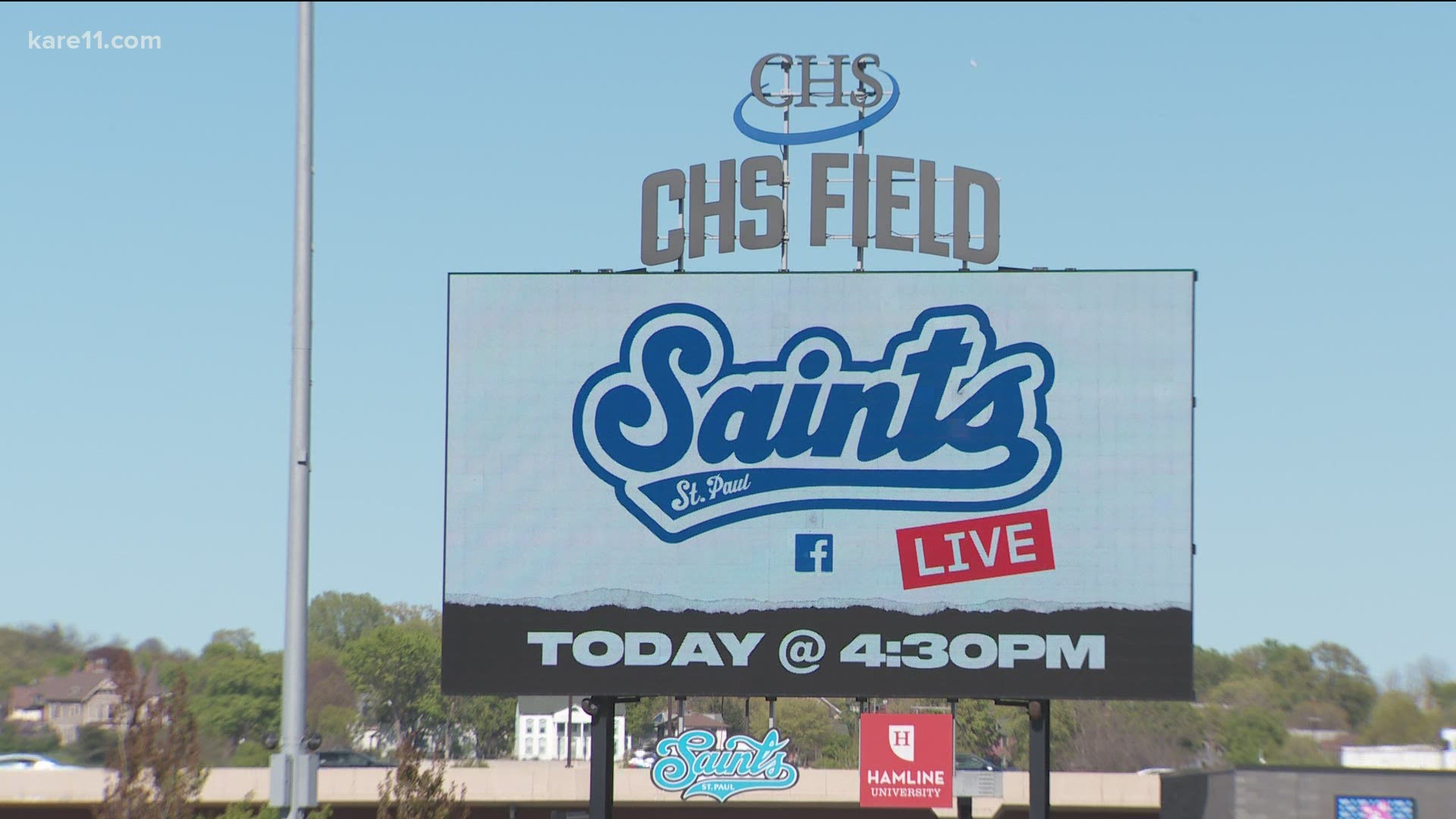 ST PAUL, Minn. — There is definitely a little more excitement about this baseball season in St. Paul.

"Every week they're gonna have different players," said John Jirik.

The Saints, no longer an independent, now a dependent of the Minnesota Twins.

The new partnership between the Twins and the Saints is a delight to fans, no matter their stake in the franchise.

"If you had told me 30 year ago when we came to this town that we’d be a AAA affiliate of the Twins," said Saints President and Co-Owner Mike Veeck, "I’d have told you you were crazy."

But there’s nothing crazy about the reputation the Saints have built in St. Paul…for fun.

"Come down and have a little peanuts or popcorn and beer," said Susie Diamond a season ticket holder.

"I think it’s gonna stay the same, but a little bit will be changing," said Jirik.

And while the players may strikeout less, the Saints will continue to swing for the fences. And work hard to keep the same atmosphere that has made them so popular.