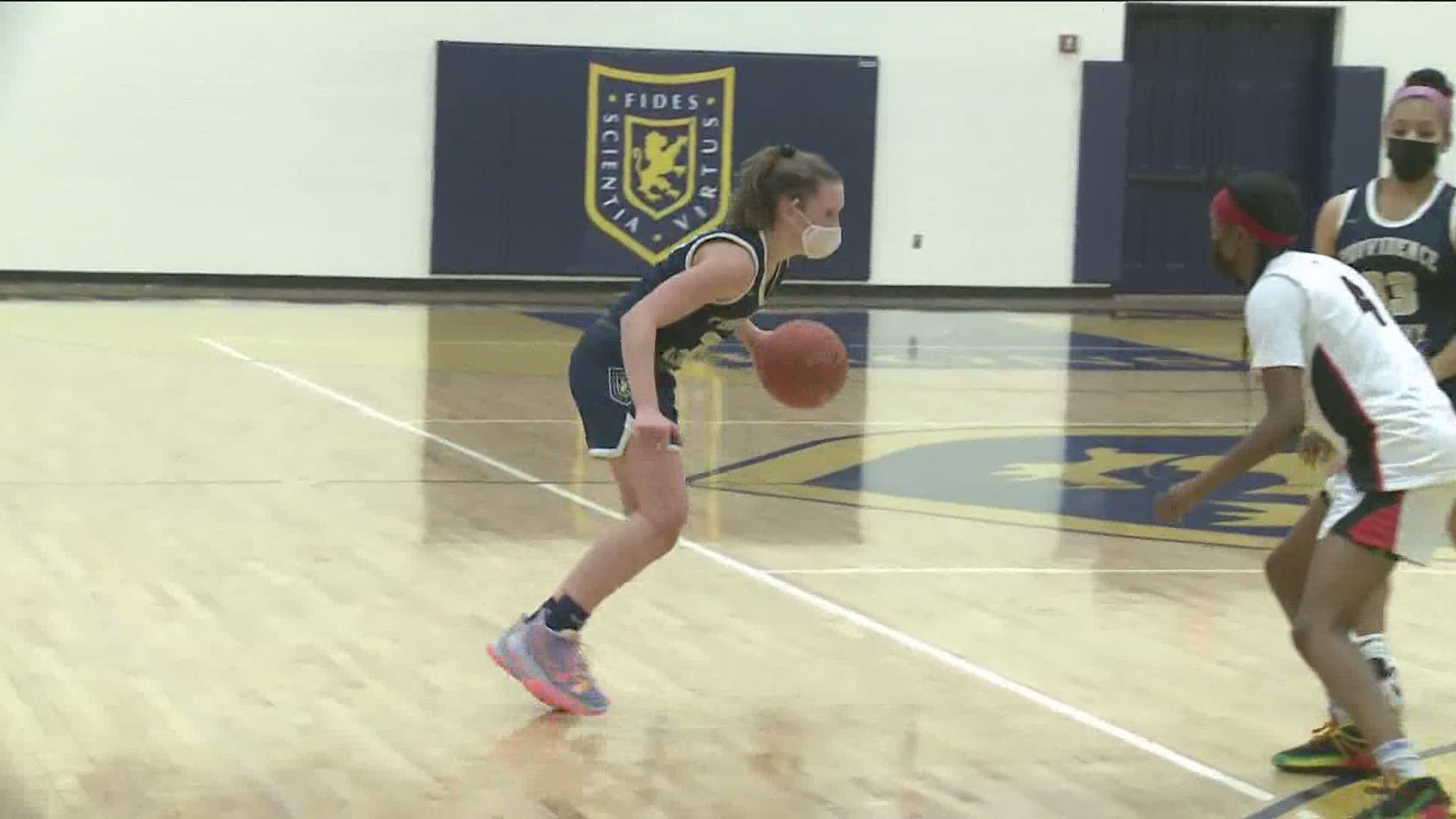 PLYMOUTH, Minn. — A name can say a lot about someone.

And Maddyn Greenway is making quite a name for herself

“I have to take a step back and say, ‘you’re in 7th grade,” says Conner Goetz, Providence Academy’s head girls basketball coach.

The 7th-grade starting point guard for Providence Academy is averaging 20 points per game, helping the Lions to a 17-1 record.

“I just like to constantly get better,” says Maddyn Greenway. “Because I know other people are putting in the work too.”

If that mindset sounds wise beyond her years, it’s because she comes from good stock. Maddyn's dad is former Minnesota Vikings linebacker Chad Greenway.

“She wants to challenge everybody, and she wants to win,” says her father. "She wants to do everything as hard and as fast as she can, and that comes from her mom."

Her mom, Jenni, is a former track and field runner at Iowa.

“It’s a complete blend of both of us.” Says Greenway.

But talent alone doesn’t get you to the top. While Maddyn has been given good genes, it’s her own work ethic that sets her apart

“She puts in so much effort,” says Goetz. “She is always here after practice she’s always getting up shots before school and after school.”

“She is very self-motivated, as a 13-year-old kid,’” says Chad Greenway.

“Just seeing how much work my dad put in to get to a high level and how much my mom has told me how she’s sacrificed, I think my parents have a big element in that," says Maddyn.

And her parents are her biggest fans -- always in the stands, full of nerves greater than anything dad felt on the field.

“Definitely more nerve-wracking to watch as a parent because you don’t have that control to compete yourself,” says Chad.

But it comes with greater joy, watching Maddyn become the most talked about name in the Greenway family.