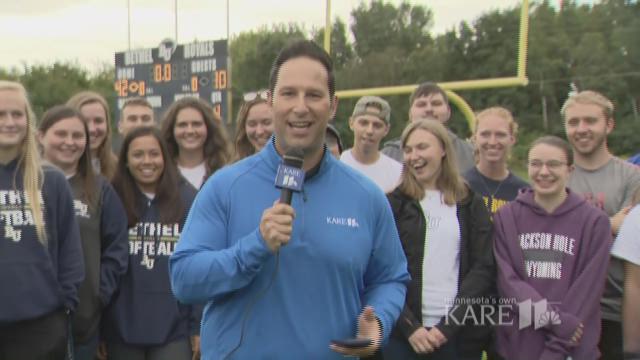 Dave Schwartz featured the game on KARE11 news at 5pm and spoke with head coach Steve Johnson following the win.