Big year for Benhart continues on the mat

Lakeville North standout is competing in wrestling this winter before playing football at Nebraska next fall. 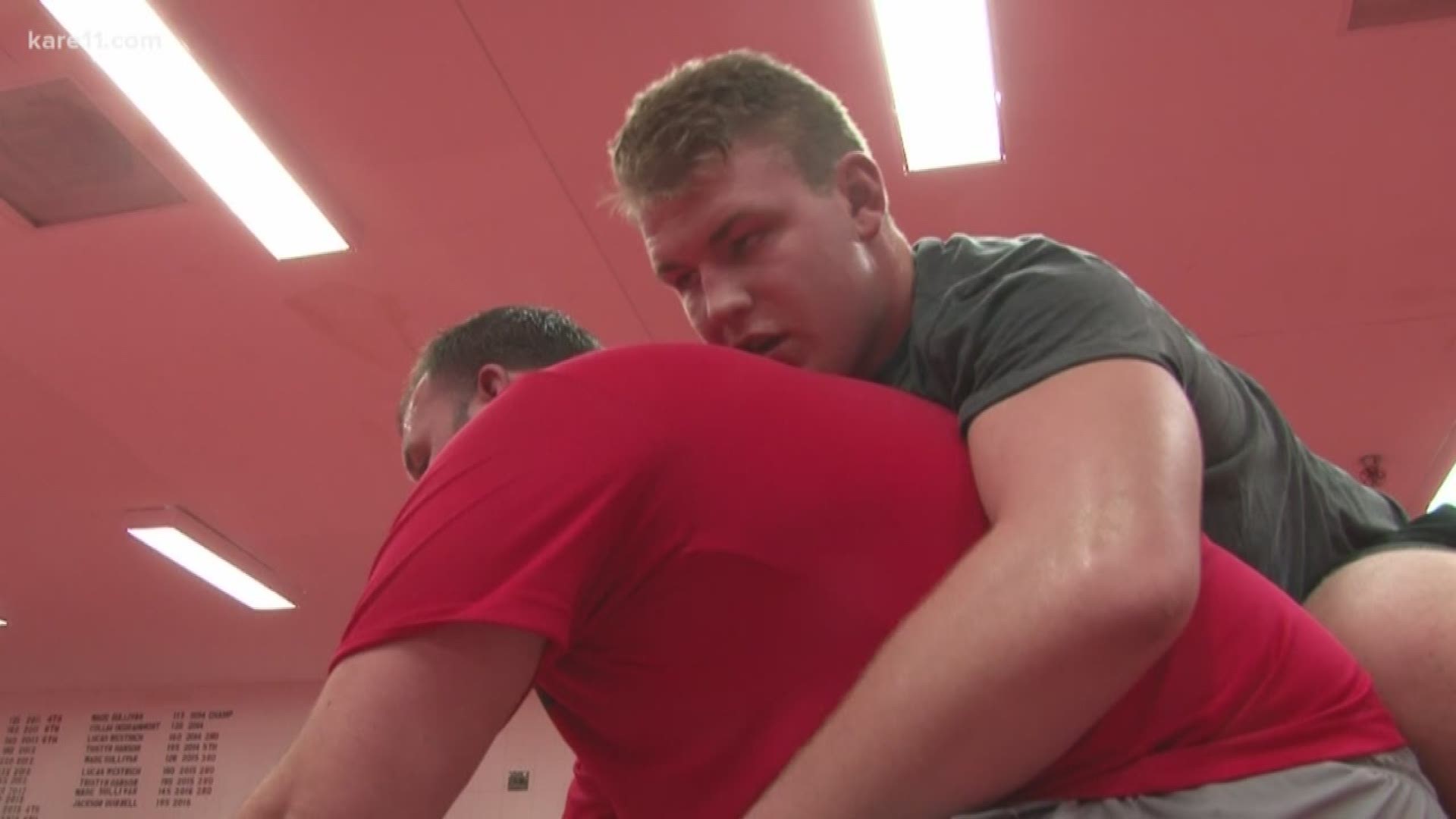 LAKEVILLE, Minn. — There’s nothing easy about being a wrestler. The practices are grueling and so is the toll it takes on your body.

But for Lakeville North senior Bryce Benhart, there’s no place he’d rather be.

“He’s been doing this since he was a little tyke,” Lakeville North wrestling coach Dan Recchio said. “It’s a part of him.”

But so is football -- and a big part at that.

In fact, Bryce was the state’s number two recruit in this year’s class and recently committed to Nebraska as an offensive tackle.

That’s why some were surprised to see Bryce back on the mat this season, but he says he had some unfinished business.

And so far, Bryce has shown why: dominating his way to the top spot in the class 3A heavyweight rankings. It’s the same spot current Gophers star Gable Steveson had locked down while in high school, beating Bryce in the state semifinals last season. But with Gable gone, Bryce has been the unquestioned top dog.

“After the state tournament last year, (Gable) came up to me and said, ‘(This state title) is for you next year,’” Benhart said.

One of the things that makes Bryce so special as a wrestler: you just don’t see many 6-foot-10 athletes not playing basketball.

“I feel like a little kid when I coach him,” Recchio said. "I’m always (looking up). I’m not the biggest guy in the world.”

Being a big wrestler though, does give Bryce a big advantage, and he knows exactly how to use his length to create leverage.

“It’s something that most heavyweights don’t see,” Benhart said. “Especially with my height, they’re surprised with how I wrestle.”

Also surprising is the fact Lakeville North has only had one wrestler win a state title: something Bryce would be happy to change.

“Not many people I know of have ever done it,” Benhart said. “It’s something rare.”