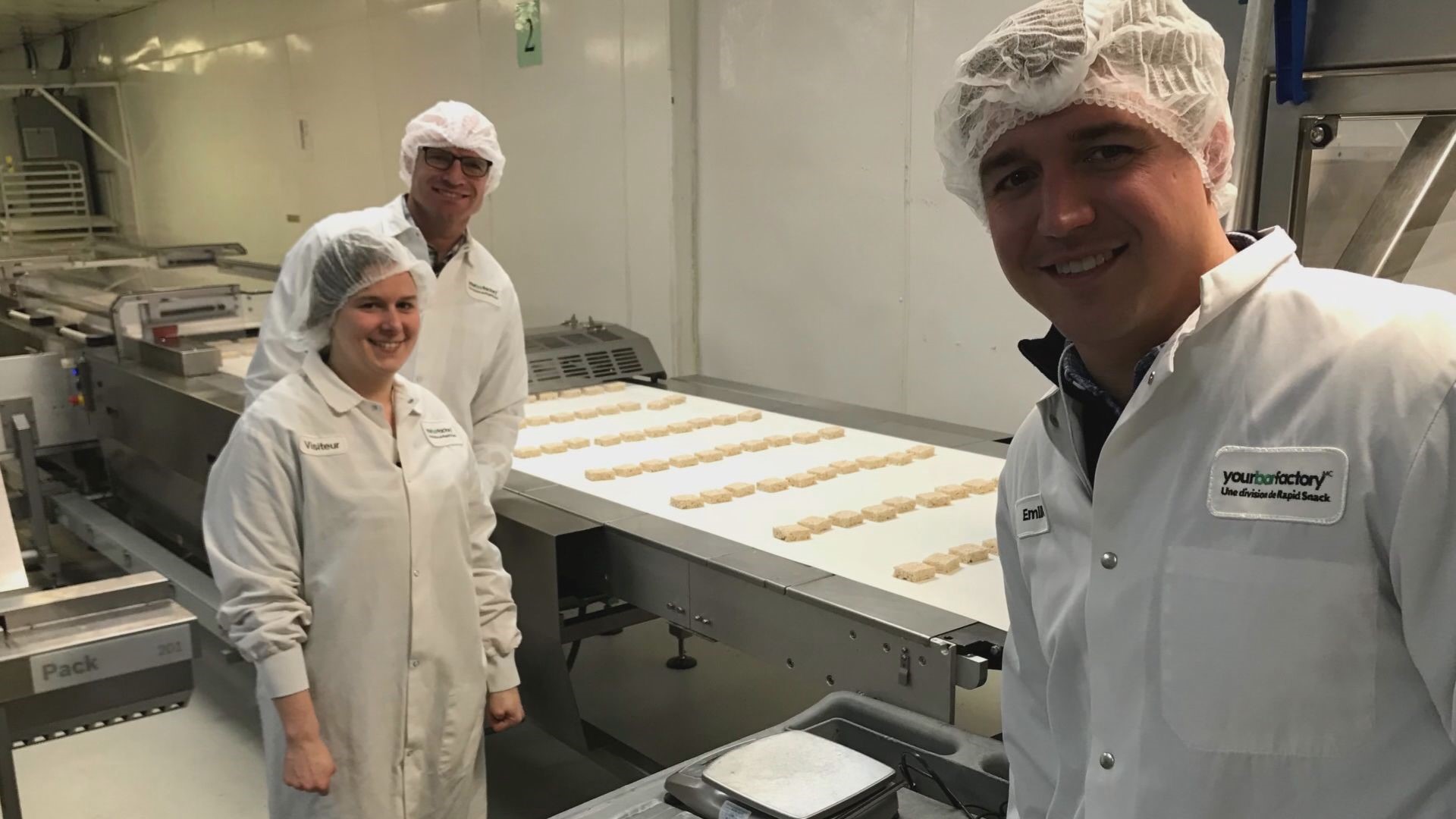 GOLDEN VALLEY, Minn. — Blake Sorensen had a standout football career in high school at Eden Prairie, where he was named Mr. Football for the state of Minnesota in 2006.

Later he went on to success as a linebacker at Wisconsin from 2007 to 2011, but while playing for the Badgers, Sorensen really had to watch what he ate.

"I grew up with a nut allergy. Bars, trail mix, cookies were off limits. I grew up as the allergy kid," Sorensen said.

"We had training table and for four years. Because of my nut allergy the chef couldn't make products with nuts in them," Sorensen said. "It’s the kind of thing that I had to carry an EpiPen and if I have a tree nut, my throat swells shut and you have to go to the hospital. It’s a very serious deal. I grew up with the deal that I couldn’t eat these food groups for the rest of my life."

Credit: AP
Wisconsin's Blake Sorensen (9) reacts after intercepting a pass during the first half of an NCAA football game against the San Jose State Saturday, Sept. 11, 2010, in Madison, Wis. (AP Photo/Morry Gash)

In 2016, the UW graduate went back to school to pursue his MBA at Indiana University.

"It started in a social entrepreneurship class. Each person had to start a business that would solve a social need. I kind of looked internally and said knowing that I have a nut allergy. I know there a bunch of people that suffer from the same problem. Let's set out to create a company that has snacks that are allergy friendly and everyone can eat," he said.

It was the first step in Blake's game plan to creating his own line of allergy friendly snack products.

"I bought a food processor and basically tried hundreds of formulations until I found something that was healthy and tasted good. I would bring tubs of product to my classmates and after class everyone would try different products until we honed in on the top two or three flavors," he said.

The hard work paid off when a Kickstarter raised enough funds in one day for a trial run at a production facility.

Sorensen started his Chicago-based company in 2018.

"Our goal is to have our products available everywhere. We want it at every gas station, every retailer and online. We’re continuing to expand our distribution and our product line and by the end of the year we’ll have at least two more product lines," he said.

You could say Sorensen's seed-based snack company has soared.

They are in 1,000 retail outlets, including WalMart, Sprouts, and locally at Lunds and Byerlys, Kowalski's and online at Amazon and their website.

Sorensen's recipe for success was quite simple.

"I didn't start off with a big idea to create this company. It literally started out of a class and said we had this and pretty quickly there a lot of people that like this food allergies and not food allergies. It really just snowballed from an idea to school project and then the doors started to open and we saw the opportunity," he said.

The logo for Blake's Seed Based is a parrot -- in homage to Sorensen's love of Jimmy Buffet's music, and of course the bird eats seeds!