Born to be a Tommie, Maple Grove's Jordyn Lamker signs with St. Thomas 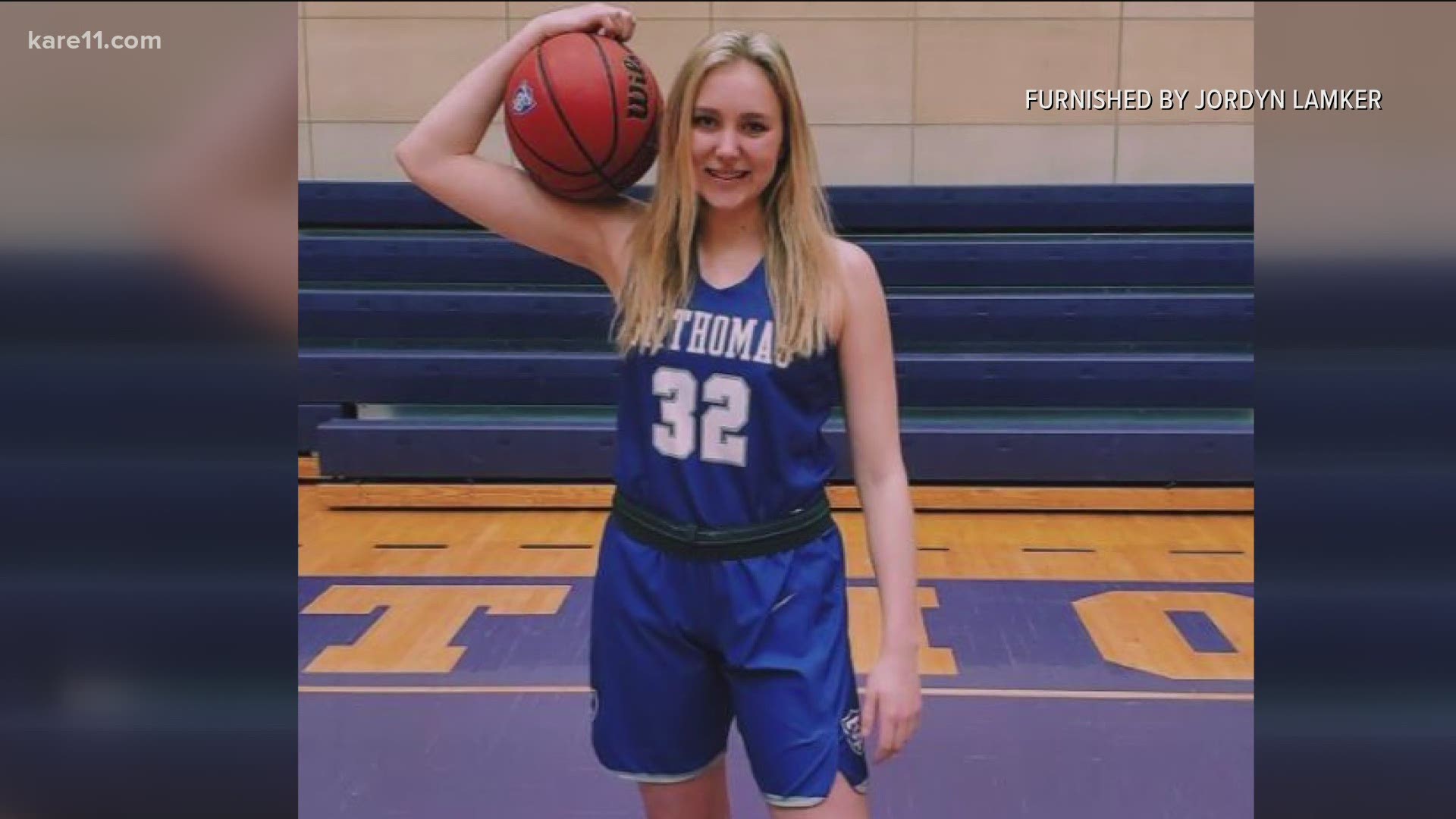 MAPLE GROVE, Minn. — Since before Jordyn Lamker can remember, she was meant for this.

Sitting at center court at St. Thomas in December of 2003, Jordyn was just ten months old when a picture was taken. Now the Maple Grove senior became the first ever Division I women's basketball signee for the Tommies.

"It's all coming full circle," she said.

Her mother was an All-American for St. Thomas in the 1990's and also helped lead them to the national championship. Jordyn says she’s excited to carry on that legacy at St. Thomas.

.@jordyn_lamker 's mother (who was an All-American and won a national title with @USTTommiesWBB ) wrote in the photo album...