Rock Steady Boxing is offering virtual and in-person lessons for those suffering from Parkinson's disease. 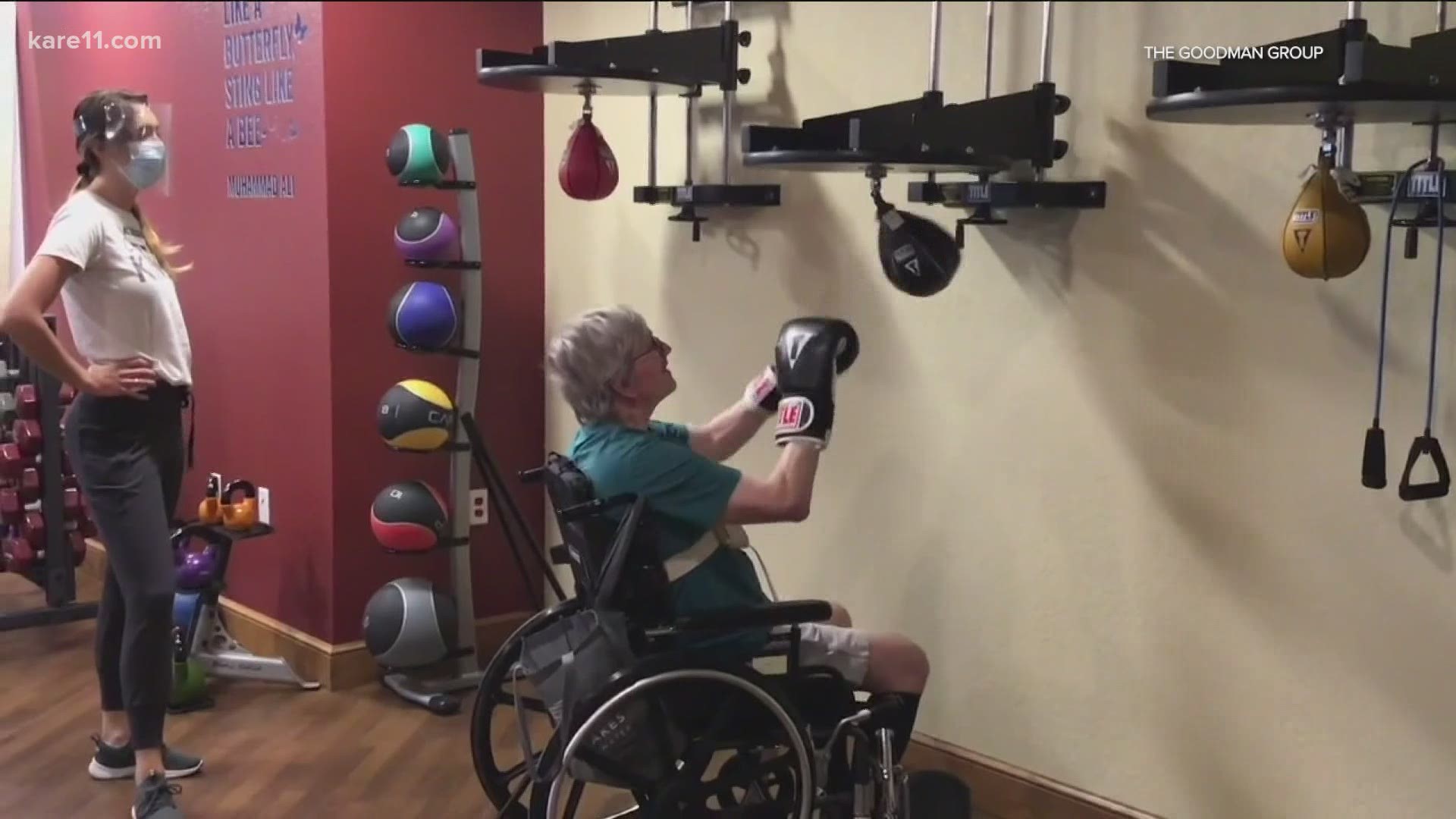 GOLDEN VALLEY, Minn. — Tom Englund, a retired doctor, says he underestimated what retirement with a debilitating disease was going to be like.

“There was a void then and I underestimated that void. Because I wasn’t doing anything,” said Englund.

Tom is one of nearly 10 million people worldwide living with Parkinson’s disease. And like so many of us during the pandemic he had limited ways of working out. But for people suffering from Parkinson’s disease, an aerobic exercise is a key part of being able to manage their symptoms.

With that in mind, the Goodman group and several of their senior living facilities, have partnered with Rock Steady Boxing to offer virtual and in-person boxing classes to help people like Tom, dealing with Parkinson’s, while also keeping them safe.

“He’s got more enthusiasm, energy, he’s got something to look forward to,” said Tom Englund’s wife Pat. “He’s got a purpose now.”

The classes are easy, low impact and most importantly, incredibly beneficial.

“I though initially, you know, give me a break, that’s for old guys that hang out in these gyms,” said Englund. “I have since learned that there is much more to it. Pretty soon, I was enjoying it and would seek it out. To me, it was a bad day if I didn’t box.”

Punching back at Parkinson’s. For those like Tom Englund, it has become a battle very much worth fighting for.

OTHER NEWS: UFO sighting off Florida turns out to be Navy missile test