Bradbury willing to play any position on the offensive line for the Vikings. 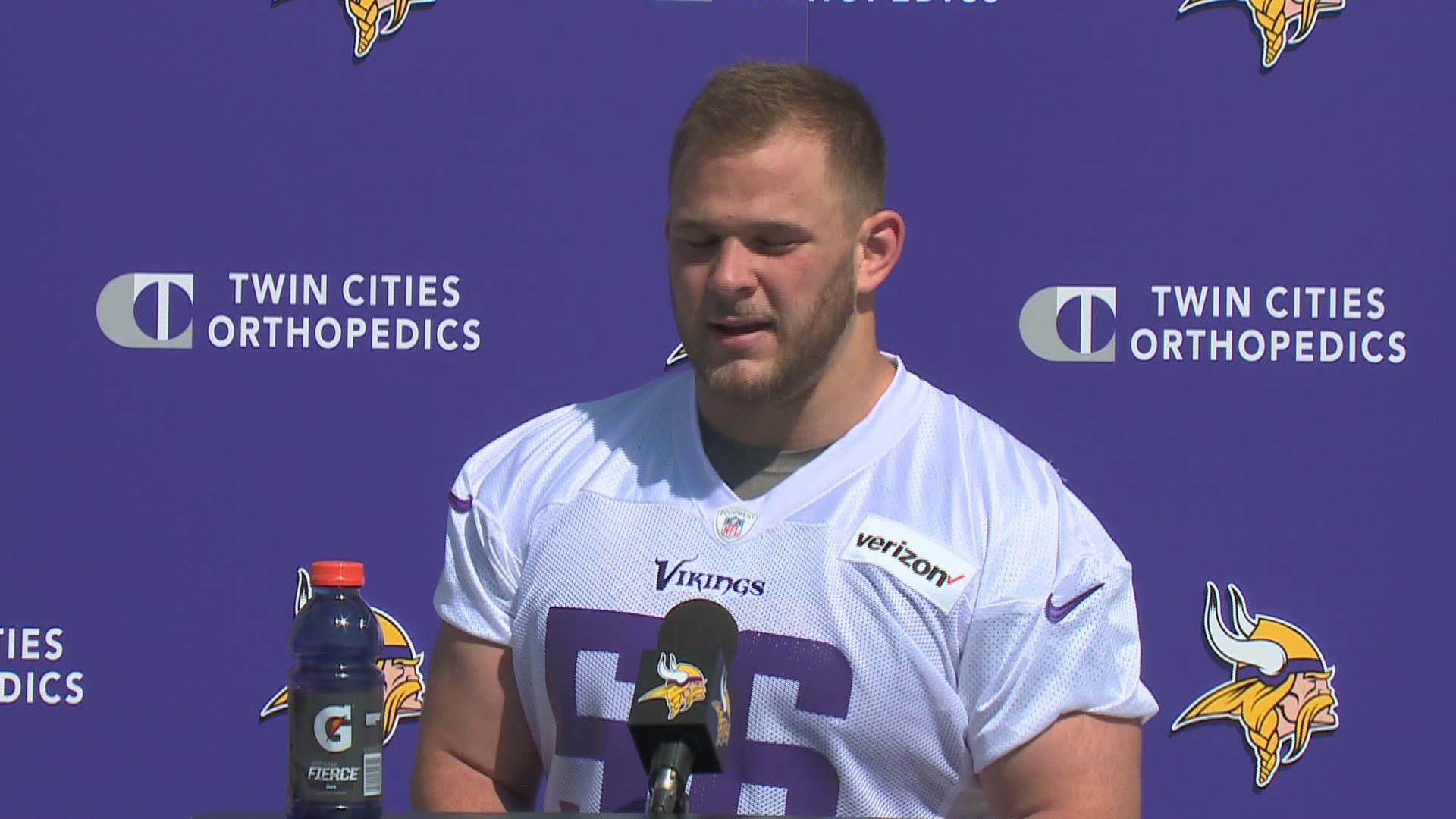 MINNEAPOLIS — Garrett Bradbury, the Vikings first round draft pick, showed off his skill-set today in the day one of the Vikings rookie-camp.  Bradbury, the former N.C. State center, was brought in to help bolster the offensive line. While he played tight end in high school, to center in college, Vikings Head Coach Mike Zimmer is still unsure of where he will have Bradbury lined up.  B

Bradbury has said that to play in the National Football League at a high level, you have to know how to play all positions on the offensive line, which is something that he has brought into rookie camp saying he is ready to learn.

Bradbury isn’t the only new offensive lineman the Vikings drafted, Dru Samia was picked in the fourth round.  The Guard from Oklahoma is excited for a chance in the spotlight at the NFL.  He left college football at 297 pounds, and entered rookie-camp at 311.  He has been hitting the weight room to get ready for the high level of guard play.  Hear how both Bradbury and Samia are ready for the next step in their football career.