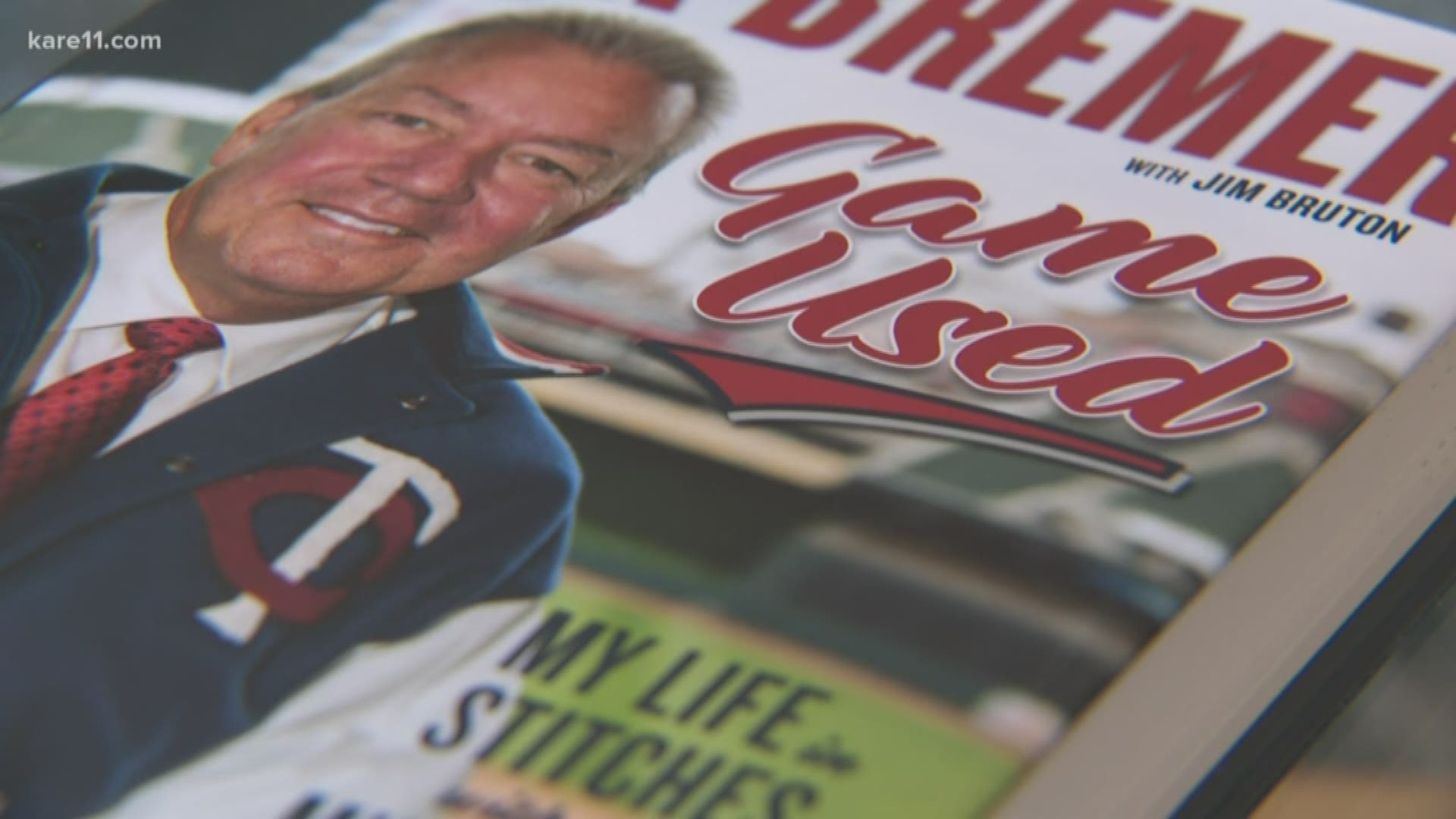 "As opposed to a new, white baseball, which is pretty to look at, I've always thought that a game used baseball is more interesting because it has some stories to tell," Bremer said.

With his view from the booth for nearly four decades, the Minnesota native has seen some of the biggest moments in Twins history.

"I was there watching the games, in the case of the 3,000 hits games, the other milestones, I was communicating them verbally. Well then now I have to use the written word and I found that to be both fascinating and frustrating," he said.

Along the way, Bremer has had a handful or so of broadcast partners from Hall of Famers like Harmon Killebrew, Bert Blyleven and Jack Morris to former Twins manager Tom Kelly among other Twins legends.

It's Blyleven who Bremer has spent the most time with--over two decades.

Bremer delivers over the 300 plus pages a chance for Twins fans to have a glimpse inside the game that he's used to covering.

"Thankfully I've been able to be there with a really good seat for the most of it."

Bremer's book is available at Barnes & Noble and Triumph Books as well as bookstores.