Centennial junior's Anneka Linser and Gabbie Hughes have been playing hockey together since they were 8 years old. 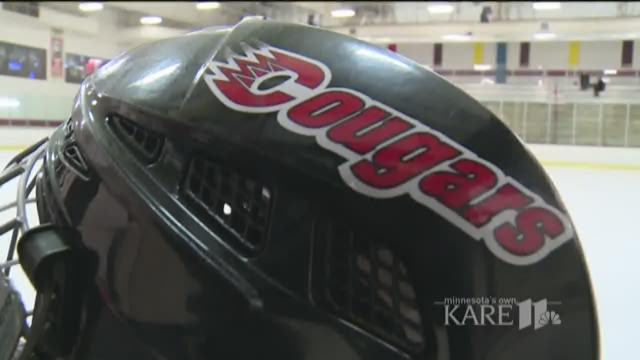 BLAINE, Minn. - Centennial junior's Anneka Linser and Gabbie Hughes have been playing hockey together since they were 8 years old.

“We weren’t really on the same line until U-12, and then ever since then we were on the same exact line and everything is perfect,” said Gabby.

Hughes and Linser are first and second in the state scoring and have been a big part of the 7th-ranked Cougars success this season.

“I think that they really appreciate each other. They know where each other is going to be. Their line mate Maija Almich has done a really good job of accepting a role on their line and being a great compliment to them too,” said head coach Kristina King.

They’re more than good line mates, Anneka and Gabbie are best friends, who know everything about each other. They even have a special handshake.

That familiarity off the ice has made for great chemistry on it.

“We complement each other really well because we play so differently. I kind of look a lot to pass, and she is usually in a good spot for shooting options and we can just find each other like that,” said Anneka.

They’ve done it a lot this season. In 14 games, Hughes has 51 points, while Linser has 47. For them, the numbers mean nothing if they can’t get the ultimate prize: a first-ever trip to the state tournament.

A dream formed long ago by a dynamic duo who seem quite capable of making it happen.