Recently, the co-op between Chaska and Chanhassen has seen a 30 percent increase in participation in their Nordic skiing program -- and they're looking to make a name for themselves this year. 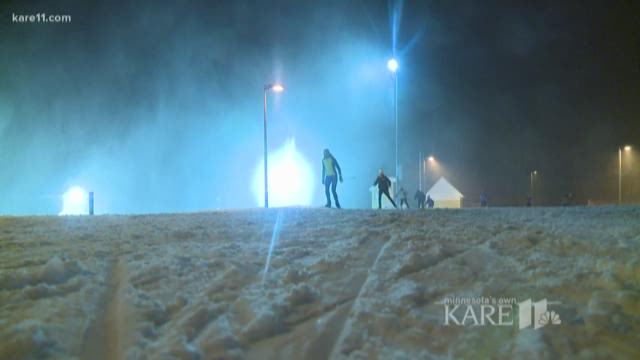 MAPLE GROVE, Minn. - When you think high school Nordic skiing, teams like Edina and Wayzata might come to mind right away.

Recently, though, the co-op between Chaska and Chanhassen has seen a 30 percent increase in participation, and they're looking to make a name for themselves this year.

“I love how many new people we have on the team,” senior Grace Ewing said. “I remember my first year, our development team, there were maybe 15-20 of us. This year our group is huge.”

A huge group with huge expectations, especially on the girls' side. Over the past two seasons, they've captured two straight conference championships and believe that this year they have all the pieces to make it three in a row. An accomplishment that would really put this program on the map.

“It would be so cool,” senior Olivia Anderson said. “It would show the depth that we have on this team. We're not just two strong leaders. We have a good seven (skiers) that compete within the squad to just do better as a team.”

“We're sort of a secret,” head coach David Paulson said. “Our girls are getting stronger year over year. We're hoping that within the next three or four years, everybody might take notice.”