Scoring 1,000 points is an incredible feat for a high school girls basketball player and the Hawks had two players accomplish it in the same game. 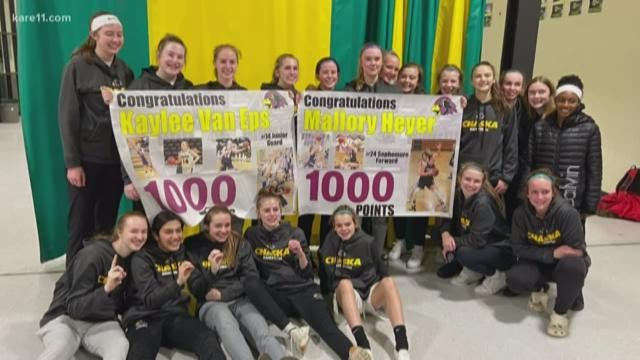 CHASKA, Minn. — They're double the trouble.

Not only did Chaska's Kaylee Van Eps and Mallory Heyer both hit the 1,000 point mark in their careers, they did it in the same game - just two minutes apart. The Hawks beat Lakeville North in that contest.

Head coach Tara Seifert says they have a "team first" mentality despite being the two main scoring options for the Hawks.

Junior Van Eps and sophomore Heyer are in sync on and off the court as they're great friends too.

Chaska are ranked No. 7 in the Class 4A poll and will face Bloomington Jefferson on Friday.