The Wildcats are on a roll, thanks in part to their biggest fan in the stands. 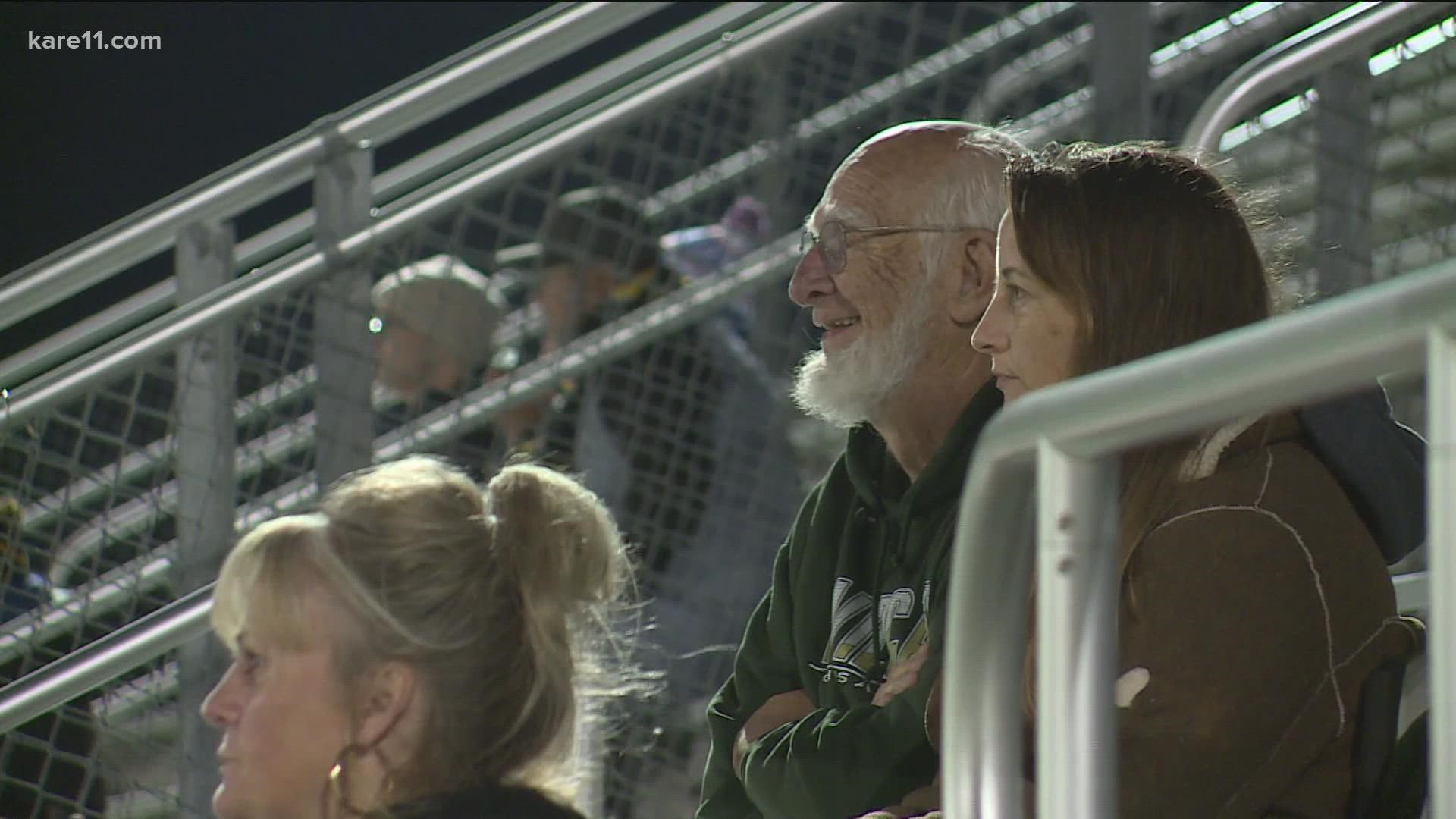 Pat Kennedy, the team’s bus driver and super fan, is a big reason why.

At most games, you’ll find him in the stands, loudly offering words of encouragement to the players on the field. In Wednesday’s quarterfinals, Kennedy’s cheering helped spur the Wildcats to a big 5-0 victory, meaning they’ll advance to the Section 4AA semifinals this weekend.

Beretta Seldon and the D line with the shutout!

Wildcats advance to play at the #1 seed Mahtomedi on Saturday. pic.twitter.com/I3kU8Vapy4

Kennedy has a unique story.

In many ways, he has become a part of the fabric of Chisago Lakes athletics. The father of two Chisago Lakes graduates, Kennedy grew up in the area himself and retired about 13 years ago after a long career in manufacturing.

He has long supported all Wildcats sports, but four years ago, he took on a new role as a bus driver for games.

He said the girls soccer program has emerged as one of his favorites.

“They all say ‘Hi, thank you for driving us,’ when they get on the bus, and ‘thanks’ when they get off the bus. They are the best group of kids you’d ever want to be with,” Kennedy said. “It has kept me young.”

The soccer program’s coaching staff said the players seem to feed off Kennedy’s energy in the stands.

In fact, many of the players consider Kennedy an honorary grandpa, leading Kugel to joke that Kennedy has “68 grandkids” – the total number of Wildcats on JV and varsity.

Kennedy’s role as a bus driver has also become even more important during the pandemic, which has exacerbated a major shortage at districts across the state, including Chisago Lakes. Kennedy said the district is short about five drivers a day.

But you can bet he’ll keep driving for the rest of fall sports and beyond.

“The kids treat me so well,” Kennedy said. “They love their bus drivers.”