Coaches, players prepare for start of winter sports on Jan. 4

On Monday, the wait will finally end. Winter sports will resume with practices for the first time in nearly 10 months. 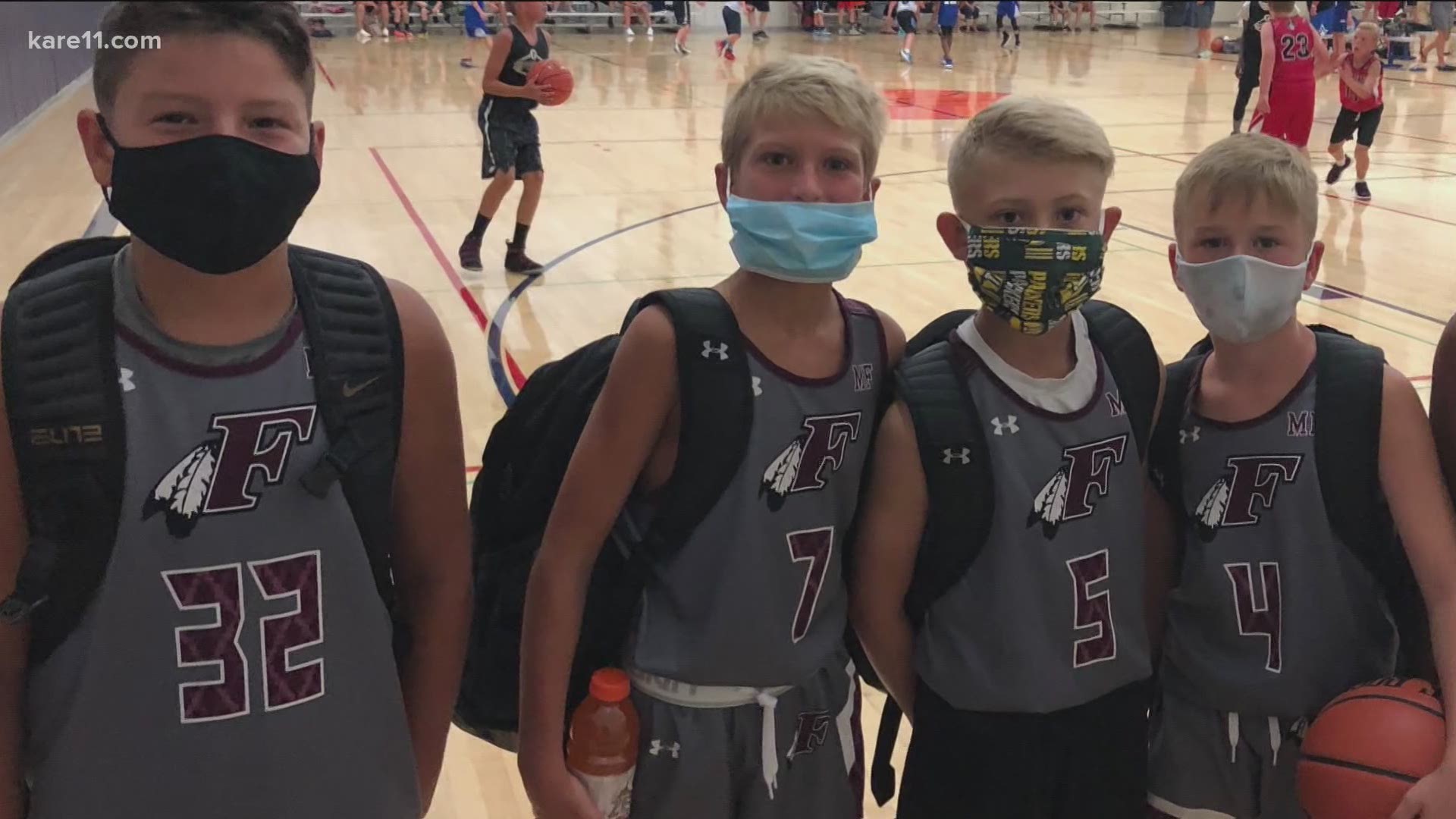 MINNEAPOLIS — Last March, the Farmington High School girls basketball team made history by advancing to state for the first time in program history. After a victory in the semifinals under the bright lights at Williams Arena, the Tigers needed just one more win to clinch a championship.

The finals were never played.

“To have it all come to a screeching halt,” head coach Liz Carpentier said, “it’s almost like you’re living in a dream and it’s not reality.”

Ten months later, Carpentier returns with a veteran team loaded with seniors, ready for another run to the biggest stage in Minnesota high school basketball.

Farmington will need to rely on that experience to navigate a difficult 2021 season, which begins with the first approved winter practice on Monday ahead of the opener on Jan. 14.

After a first-ever trip to state last March, @FHS_gbball returns to the court on Monday for the first day of winter practices -- with mask requirements and new COVID-19 protocols.

Coach Liz Carpentier says the motto for 2021 is: "Whatever It Takes." @kare11 pic.twitter.com/ofhKt0jfaH

“It’s been too long of a break! We’re bored,” Carpentier said with a laugh during a Zoom interview on Saturday afternoon. “They are so excited to get back on the court. Our motto this year is: Whatever it Takes.”

That’s basically the motto, too, for Chaska boys hockey co-coach Sean Bloomfield. During the delay this fall and winter, he said many of his players likely built outdoor rinks in the backyard so they could stay fresh.

“I’m sure they’re excited to compete against other high school players,” Bloomfield said, “instead of just their siblings maybe.”

The coaches and players know they’re lucky just to have the opportunity for winter sports in 2021, after Gov. Walz announced a pause that delayed the season several weeks while COVID-19 cases surged across the state.

After approving practices to begin Jan. 4, the Minnesota Department of Health publishes a series of stringent recommendations for teams to follow. “The decision to resume sports,” the guidance states, “does not mean engaging in sports is without risk.”

According to MDH rules, players must wear masks at all times in practice and even in games, with limited exceptions for sports like wrestling and swimming where they may not be feasible. Each team must implement a COVID-19 plan, spectators will be banned from practices and may be limited at games, and sports with large rosters must employ practice “pods” capped at 25 kids. For hockey programs, that may mean less mixing between varsity and junior varsity squads.

The health department also recommends that coaches focus more on individual drills during the first few weeks of practice, in order to limit contact as much as possible before moving to team-based drills.

“We are going to have to get creative with how we teach those different systems,” Bloomfield said, “while maintaining social distancing and following the guidelines.”

Players should avoid locker rooms and showers, and “carpooling should be discouraged as much as possible,” according to the guidelines.

For coaches and players accustomed to strict playing routines, the COVID-19 protocols may offer some challenges. However, at Farmington, Liz Carpentier said her players will approach the season as they would any other, even though they know the conditions are far from normal.