Johnson is a University of Minnesota alumni and was on the Gophers' coaching staff from 2013-18 under previous head coach Richard Pitino before going to Xavier. 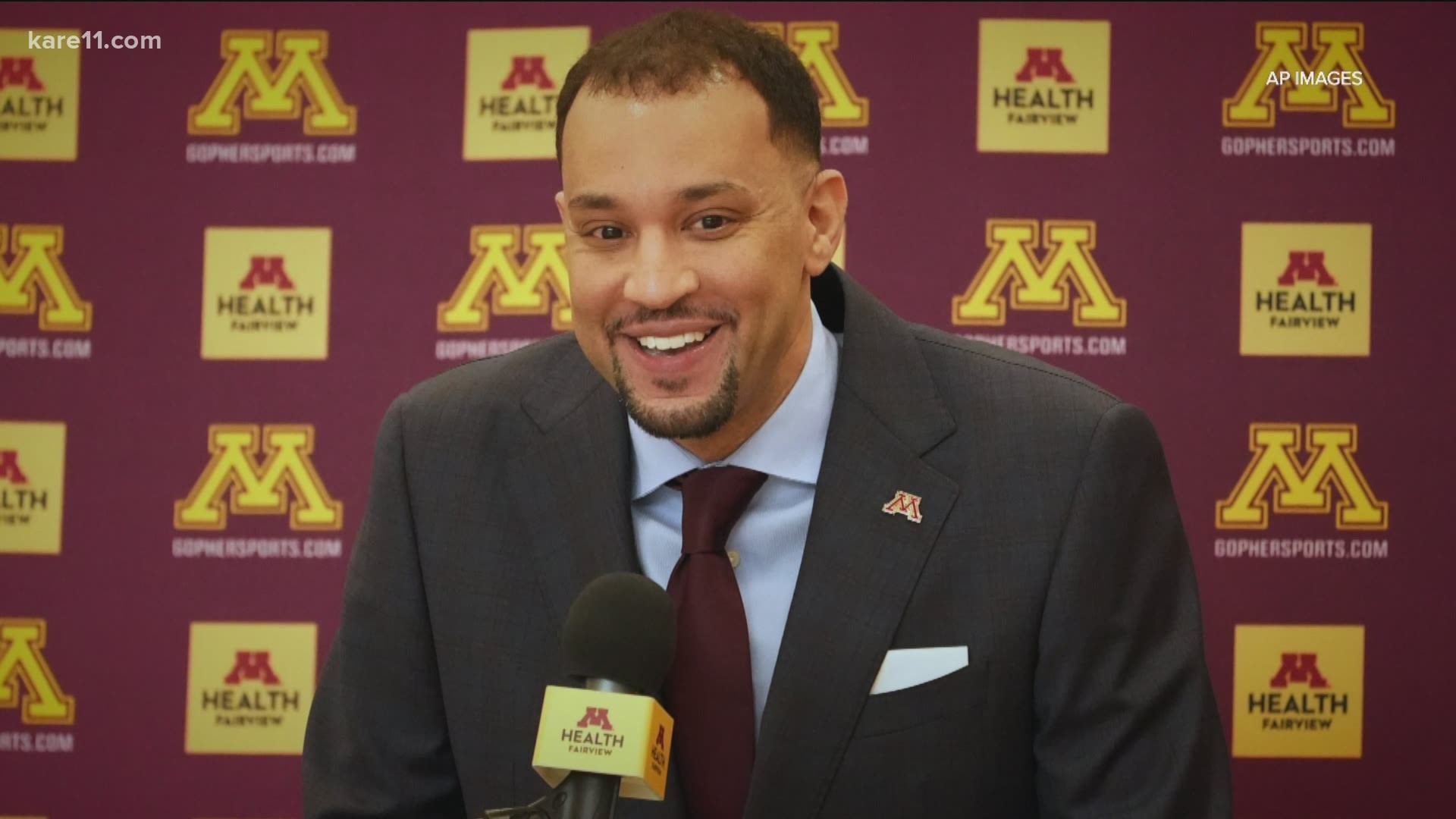 MINNEAPOLIS — The Minnesota Gophers men's basketball team has its next head coach.

According to a statement from the university, Johnson agreed to a five-year contract.

"Ben is a proven coach who is ready to lead his own program," said Coyle in a statement. "He has earned this opportunity and is a tremendous teacher, recruiter and relationship builder. I am thrilled for him to lead his alma mater, and I am excited for the future of our men's basketball program."

Johnson, a former Gophers player and 2005 U of M graduate, was on the Gophers' coaching staff from 2013-18 under previous head coach Richard Pitino. Johnson then joined Xavier in 2018.

Credit: AP
FILE - In this March 9, 2003, file photo, Minnesota's Ben Johnson (22) drives past Illinois Dee Brown (11) in the first half at Assembly Hall in Champaign, Ill. Minnesota has picked former player and assistant Johnson to be the new head men's basketball coach, according to a person with knowledge of the hire. The person spoke to The Associated Press on condition of anonymity because university had yet to make the announcement. (AP Photo/John Dixon, File)

Pitino was fired last week following a disappointing 14-16 season that ended in the second round of the Big Ten Tournament.

Pitino, who coached at Minnesota for eight seasons, was quickly hired to be the new head coach at New Mexico.