The NCAA has lifted the recruiting "dead period" that has been in place since March 13, 2020, due to the COVID-19 pandemic. 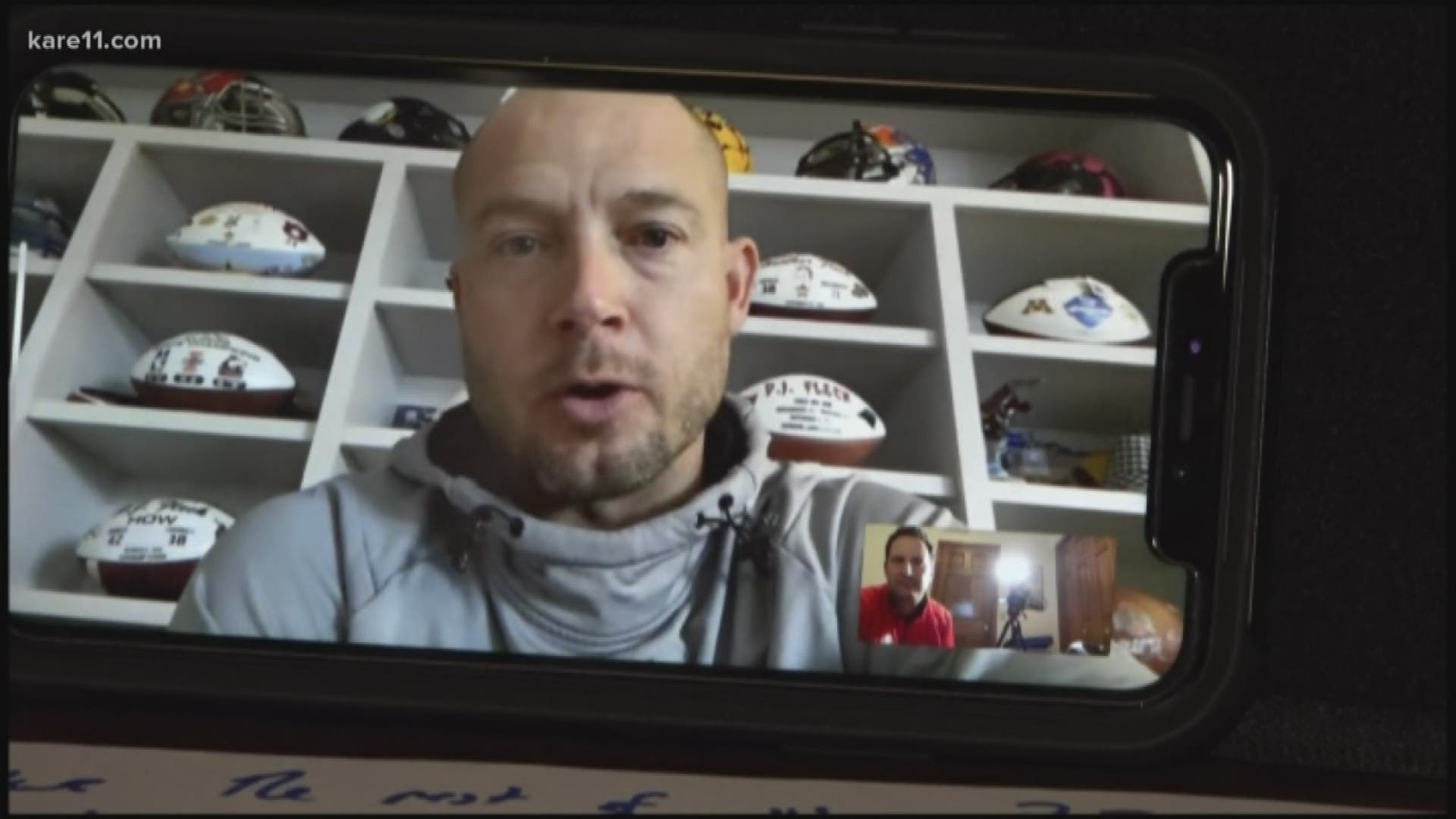 MINNEAPOLIS — Minnesota’s P.J. Fleck spoke for many coaches nationwide last December when he noted he still hadn’t shaken the hands of about half the prospects who were about to sign with his program.

Those days finally are coming to an end. The NCAA has lifted the recruiting dead period that has been in place since March 13, 2020, due to the COVID-19 pandemic.

The NCAA returns to its usual recruiting calendar Tuesday. That allows prospects to meet coaches in person and for coaches to conduct live evaluations of recruits.

The change is a relief for high school football players such as Max Reese, a wide receiver from Fenwick High School in suburban Chicago. Reese has offers from Bowling Green and Northern Illinois, and he has visited both those Mid-American Conference schools. But he couldn’t meet the coaching staffs at either program during his visits because of pandemic-imposed restrictions.

Now he finally gets to speak face to face to the coaches who have been Zooming with him for the last year. That should give both the prospect and the staff a better idea of their interest in each other.

“It’s like dating a girl online,” Reese said. “You don’t know what you’re really getting until you see them in person.”

Ohio State assistant athletic director for player personnel Mark Pantoni uses a different analogy as he discussed how tough it has been for prospects to evaluate schools based on virtual campus tours.

“It’s cool when you see the commercial of the nice flashy car, but you don’t really know until you test drive it how cool it really is,” Pantoni said. “That’s what we’re about to do. These kids are about to test-drive the car finally after seeing the commercial for so many months.”