The Woodbury grad's selection is the highest for a Gophers player since Paul Molitor. 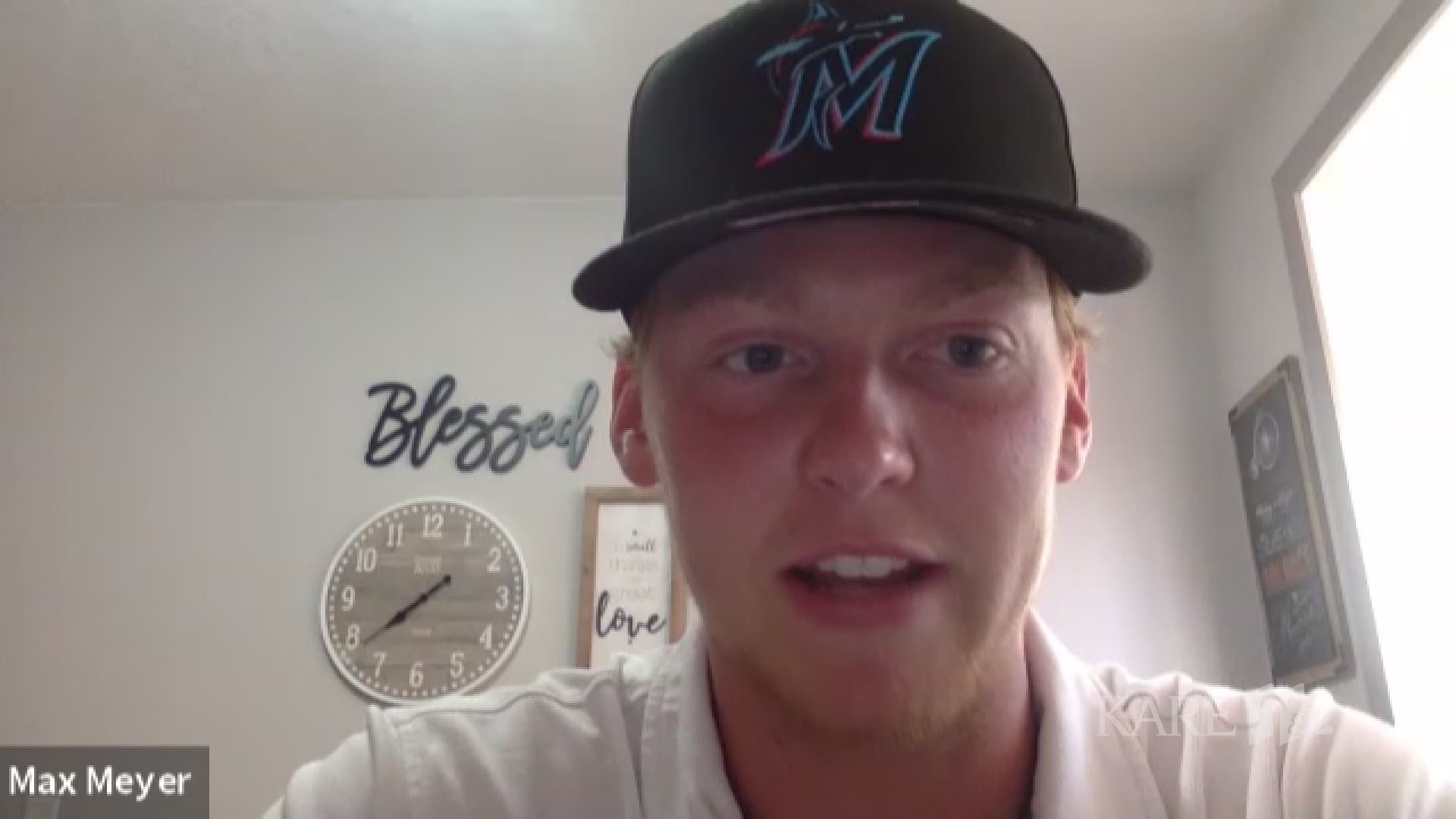 MINNEAPOLIS — Minnesota Gophers pitcher Max Meyer has been selected third overall by the Miami Marlins in the first round of 2020 Major League Baseball Draft.

Meyer, a junior at the U of M, is also a graduate of Woodbury High School.

In three seasons with the Gophers, Meyer has tallied a 10-7 record with a 2.07 ERA and 187 strikeouts. Opponents have batted just .182 against Meyer in his collegiate career.

In the pandemic-abbreviated 2020 season, Meyer had a 3-1 record and the lowest ERA on the Gophers pitching staff (1.95), while recording the highest number of strikeouts (46) on the team and the entire Big Ten.

In addition to his talents on the mound, Meyer also played 11 games as the Gophers' designated hitter in 2020, tallying four RBI and a stolen base.

Meyer's draft position is the highest selection for a Gopher since Paul Molitor, who was also selected third overall in 1977.