"We will be ready to play," Coach P.J. Fleck said. 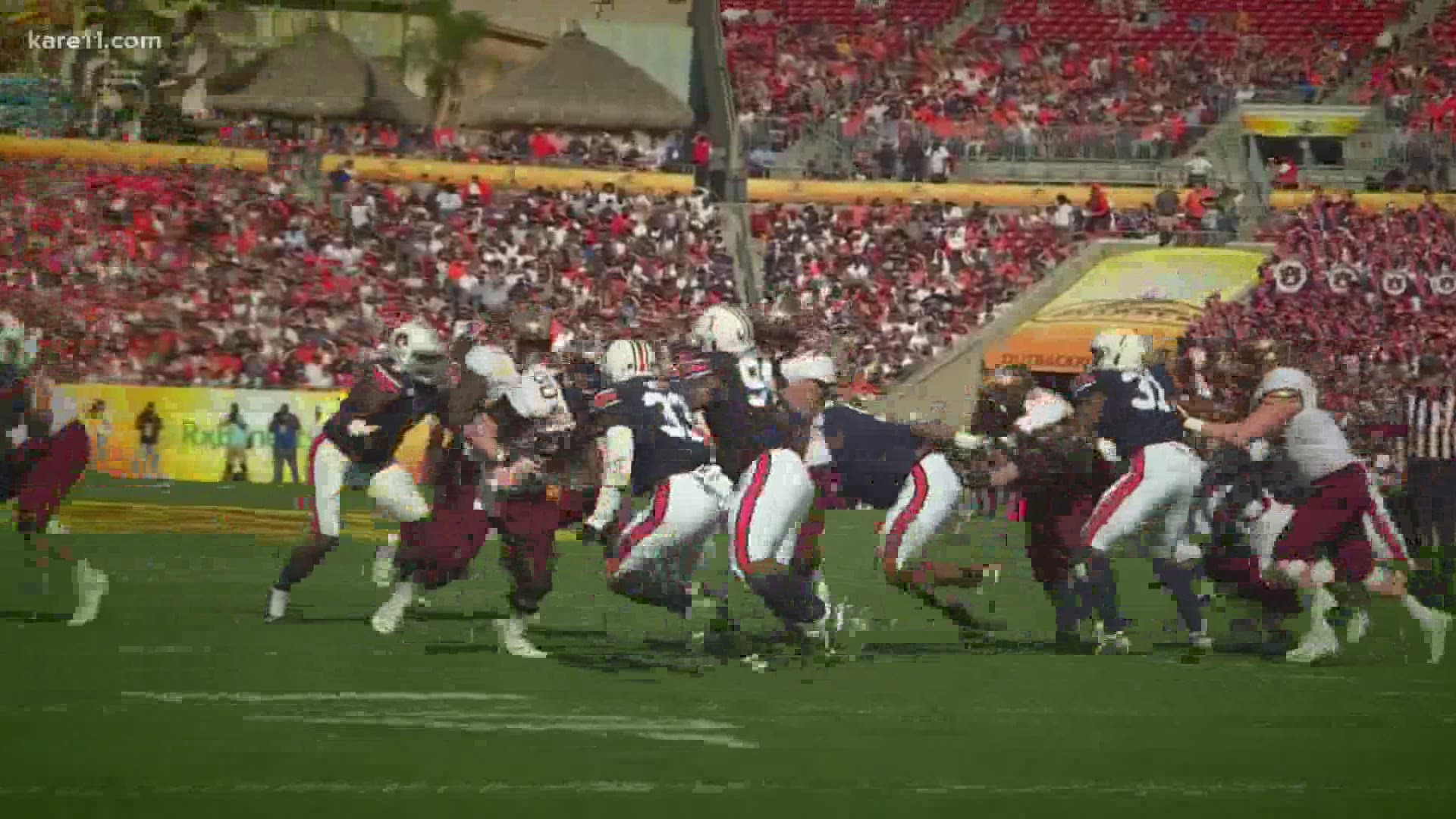 MINNEAPOLIS — University of Minnesota Golden Gophers football coach P.J. Fleck says his team will be prepared to return to the football field next month, after the Big Ten announced it would reverse its decision postponing the football season and begin play in late October.

"We have a mature football team, and our culture is about responding," Fleck added later in a statement. "We will be ready to play, and I know our players are excited to be able to compete again."

According to a news release from the U of M, all Big Ten football programs will have daily access to antigen testing, and will share information between schools to limit the spread of COVID-19.

"The University of Minnesota sports medicine team has worked with the other medical professionals in the Big Ten to develop protocols that now allow the safe return of football," said Gophers Athletics medical director Dr. Bradley Nelson, in a statement.

U of M Athletic Director Mark Coyle has been working with other athletic directors and coaches in the conference to develop the return to football plan.

"The plan to restart football has been methodical and prudent and has always placed the safety and wellness of the student-athlete first," Coyle said in a statement. "I am excited for our football student-athletes and for our fans who will once again be able to watch the Gophers compete."

"I support restarting the Big Ten football season," said University of Minnesota President Joan Gabel. "The health and safety of our student-athletes and the community that surrounds them was and has always been our top priority. We have continued to listen to medical professionals and follow their expert advice during the past month. With the additional research, enhanced safety protocols, and a commitment to work closely together as a conference on research and safety for student-athletes, we are now ready to play football."

While players will be back on the field, attendance at games will remain heavily restricted. The university said it will not offer football season tickets this year, and in a statement added that in-person attendance will be "significantly reduced" to follow the state of Minnesota's COVID-19 prevention guidelines. The Athletics Department tells KARE 11 that only family and guests of the players will be allowed in the stands, but that limitation could change as the season progresses.