Whalen is one of the Golden Gophers' most decorated players in women's basketball history. She returned to Minnesota as coach on April 13, 2018.

MINNEAPOLIS — The University of Minnesota and women's basketball coach Lindsay Whalen have agreed on a contract extension that will keep her with the Golden Gophers into 2024.

The university's Board of Regents approved the extension Friday.

Whalen is one of the Golden Gophers' most decorated players in women's basketball history. She returned to Minnesota as coach on April 13, 2018. The team is 36-21 overall during her tenure.

Whalen led the Gophers to their only Final Four in program history in 2004. After playing five seasons with the Connecticut Sun, Whalen returned to her home state with the Minnesota Lynx and won four WNBA championships.

In her first season coaching the Gophers, Whalen guided the team to a 21-11 record overall, a 9-9 mark in league play and a spot in the second round of the WNIT.

Minnesota began the 2018-19 season by winning its first 12 games, tied for the third best streak in team history. With the 12-0 start, Whalen tied her former coach, Pam Borton (2002-03), for the best undefeated start by a coach in their first year at a Big Ten school since the incorporation of women's athletics in the conference in 1982-83. The only coach at a Big Ten school with more wins in their first year there was Ohio State's Debbie Wilson, who started 14-0 in 1972-73.

In international competition, Whalen was a key piece to dominant performances by Team USA in world championship and Olympic competition. Whalen played for two gold medal teams at the World Championships (2010, 2014) and has also won two Olympic gold medals (2012, 2016). 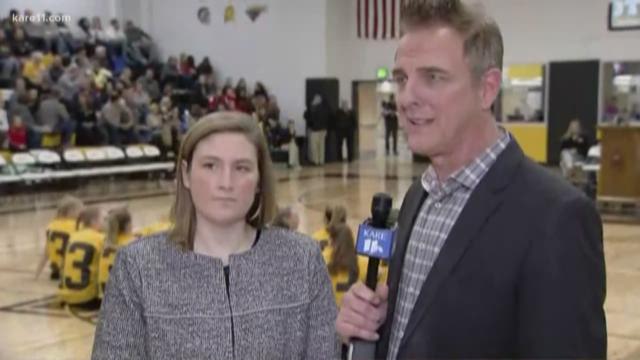