P.J. Fleck and No. 16 Minnesota relish the challenge of facing ninth-ranked Auburn in the Outback Bowl. 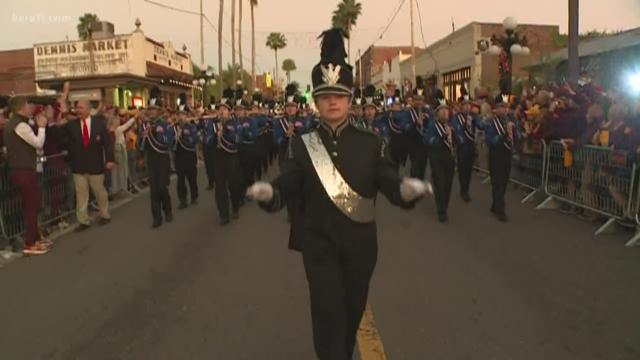 TAMPA, Fla — You can watch the Outback Bowl on ESPN or listen on KFAN 100.3 in the Twin Cities.

P.J. Fleck, the 39-year-old architect of one of the biggest turnarounds in college football, has the Golden Gophers (10-2) in a New Year’s Day game for just the second time since Minnesota made consecutive trips to the Rose Bowl to finish the 1960 and 1961 seasons.

Auburn (9-3), coming off a regular season-ending win over Alabama, played arguably the most difficult schedule in the nation. The Tigers beat Oregon and lost to LSU, Georgia and Florida by a combined 21 points.

“When you’re playing one of the most historical football programs in the country, it’s a tremendous challenge,” Fleck said. “It’s a challenge that I think both teams accept in terms of looking forward to it.”

Minnesota started 9-0 and finished with 10 regular season wins for the first time since 1904. The Gophers upset Penn State in early November for their first win over a top-five team in 20 years and also won seven Big Ten games for the first time in school history.

A win over a Southeastern Conference team in the Outback Bowl would add a nice line to a growing resume.

“I know it’s kind of astonishing to hear some of those numbers, but we are one of the most traditional football programs in all the country. We’ve had 18 Big Ten championships, seven national championships. Just hasn’t happened for over 50 years,” Fleck, completing his third season at Minnesota, said.

Auburn coach Gus Malzahn is impressed with what Fleck, the Big Ten coach of the year, has accomplished in such as a short time.

“I think we know exactly what we’re getting into. We know that we’re playing a very good team. We know they’re going to be extremely motivated,” Malzahn said.

“When I say I think they’re one of the best teams, I truly believe that because they’re balanced. They’re very good on defense, they’re very good on offense,” the Auburn coach added. “They take on P.J.’s personality, and like I say, I love his energy. You watch them on the sidelines when you’re watching film and everything is like their hair is on fire. That’s a really neat thing to watch from a coaching standpoint.”

Minnesota wide receivers coach Matt Simon is serving as interim offensive coordinator in the Outback Bowl, replacing of Kirk Ciarrocca, hired last week for the same position at Penn State. Offensive quality control coach Greg Harbaugh is interim quarterbacks coach. "I'll probably have a little bit of a bigger say just in terms of just helping them through all that," Fleck said. "It's a great opportunity for both of them."

Auburn has given up just 68 touchdowns in its opponents last 149 red-zone chances. The 45.7 percent rate is best in the nation since the start of the 2016 season.

Wednesday’s game is being played at Raymond James Stadium, home of the Tampa Bay Buccaneers. Fleck was the wide receivers coach for the Bucs in 2012 before landing his first head coaching job at Western Michigan. 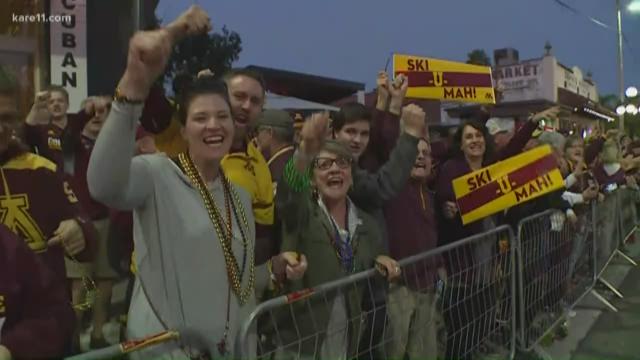