Ethan Happ finished with a double-double to help the Badgers win in Minnesota.

MINNEAPOLIS (AP) — Ethan Happ and the Wisconsin Badgers brought momentum with them on this trip to Minnesota — and a bad memory, too.

That month-ago loss to the Gophers was avenged with another vintage defensive effort.

Happ had 15 points and 13 rebounds to help No. 19 Wisconsin hang on to beat Minnesota 56-51 on Wednesday, the sixth straight win for the Badgers.

D'Mitrik Trice hit a 3-pointer with 1:44 remaining and 3 seconds left on the shot clock to give Wisconsin (17-6, 9-3 Big Ten) a 52-46 lead and seal a fourth consecutive victory on rival Minnesota's home court. Gophers coach Richard Pitino fell to 2-9 in his career against the Badgers, despite his team holding Wisconsin to a season-low 34.5 field goal percentage (19 for 55).

"I thought we got some good looks," Pitino said. "We just couldn't hit them. So credit to them."

The 59-52 loss at home to Minnesota on Jan. 3 was made possible by three turnovers and two missed free throws by Wisconsin in the final two minutes of the game that marked a low point in the season for Wisconsin, on the heels of an 83-76 loss at Western Kentucky.

But now the Badgers are back in a groove. Brad Davison had 10 points despite a 2-for-12 shooting performance, and his fellow Minnesota native Nate Reuvers pitched in nine points, eight rebounds and seven blocks.

"They played their heart out tonight," Reuvers said, complimenting his home-state team. "It was just an old-school Big Ten game, and we came out on top."

Gabe Kalscheur's 3-pointer was the first make for the Gophers, but they didn't get any long-range shots to fall over the rest of this rough-and-tumble game and thus never led. The Badgers weren't called for a foul until 1:10 into the second half, much to the consternation of the Williams Arena crowd. 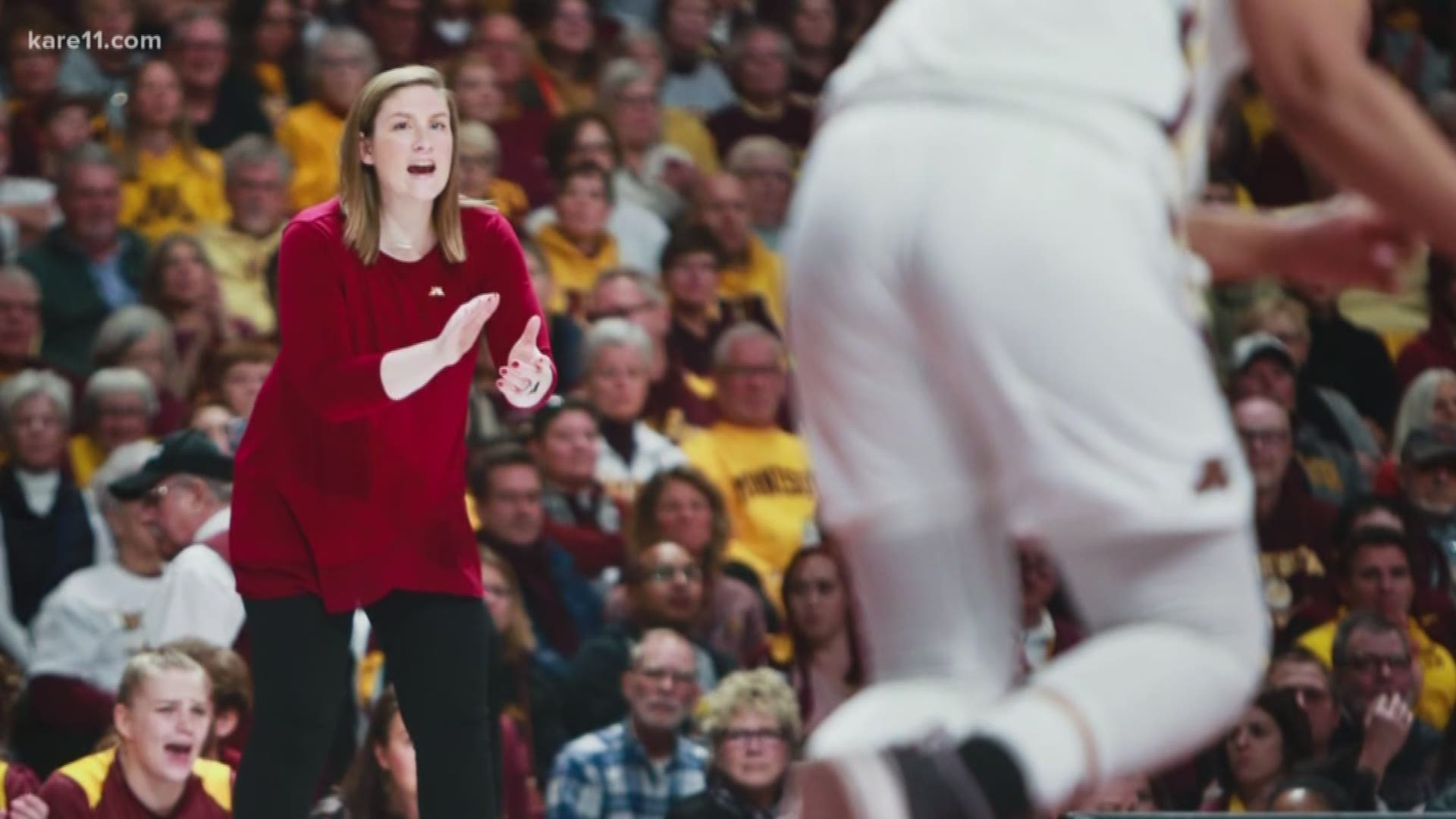 The Gophers didn't get to the free-throw line until Murphy's three-point play with 9:11 remaining capped a 7-0 spurt and cut the lead to 37-34, but they were only within one possession three more times over the rest of the game. Trice made them pay when he made his big shot, stretching his arms out wide and pointing to his forearm as if to signal a dose of ice water in his veins.

"They definitely gave me all I could handle on the physicality side," Murphy said. "Very talented team as well."

Minnesota's leading scorer Amir Coffey had 21 points and six rebounds in the first matchup at Wisconsin, but with Khalil Iverson leading a team effort, the Badgers kept the junior point guard bottled up with just eight points on 3-for-10 shooting. Assistant coach Joe Krabbenhoft, who finished his playing career for the Badgers a decade ago, tried to emulate Coffey on the scout team in practice.

"We were ready for what they wanted to get," Happ said. "We just tried to take that away."

The Badgers missed a whopping 13 of 18 shots at the rim in the first half, including Oturu stuffing Reuvers on back-to-back shots on the same possession early in the game. Kalscheur stole the ball from Reuvers on the wing and took it the other way for a layup to forge a 19-all tie a little later, but the Gophers made only one basket over the final five minutes of the half and trailed 24-21 at the break. The ugly first 20 minutes fittingly ended with an air-balled 3-point attempt by Davison at the buzzer.

"Offense is hard because defenses are geared and we know each other so well," Gard said. "We could probably tell you more about the opponent than we can ourselves sometimes. So you just find a way."

Wisconsin: With eight games remaining, the Badgers have climbed into position as a legitimate contender for the regular-season conference title with some recent slip-ups by Michigan and Michigan State. They're tied with the Spartans for third place but just one game behind the Wolverines for first. The most valuable development from this performance was the ability to win a Big Ten game on a rival's home court despite such a rough shooting night.

Minnesota: The Gophers are last in the league in 3-point shooting at 30.4 percent, and their trouble from long range surfaced again at the wrong time. McBrayer, who was 1 for 9 from the floor, missed all four of his attempts from behind the arc. Kalscheur made one of five.

"I've just got to keep shooting," he said.

Minnesota: Plays at No. 9 Michigan State, which has lost three straight games.