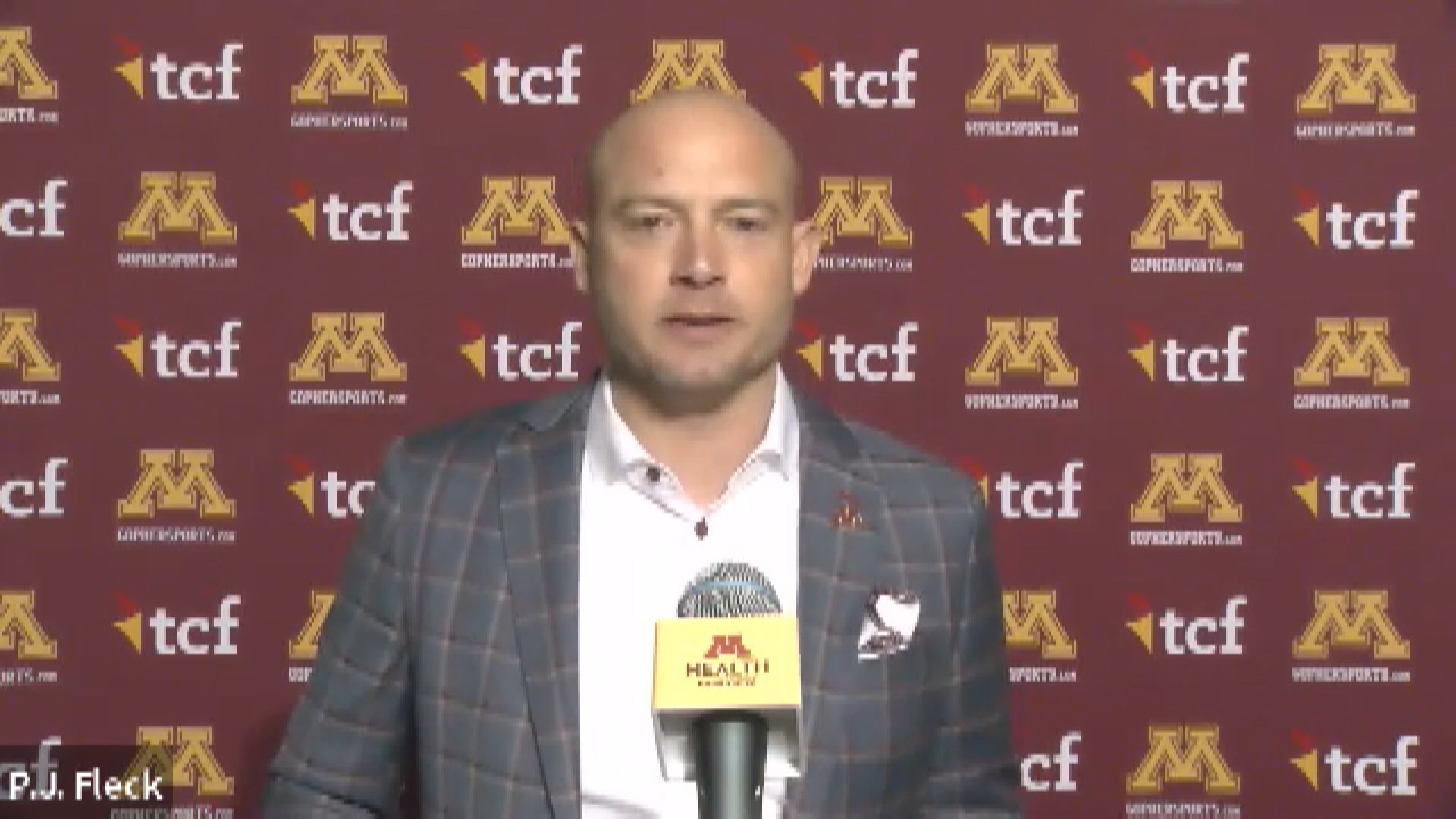 MINNEAPOLIS — A year removed from leading the Minnesota Gophers football team to a huge win at the Outback Bowl, Tyler Johnson and Antoine Winfield Jr. now have their sights on another bowl victory. This one, however, is super-sized.

Johnson and Winfield Jr. were household names around the University of Minnesota campus as they helped revive a Gophers football program to place it hadn't been since the early 1960s.

Winfield was selected in the second round of the 2020 NFL Draft by the Buccaneers, and started all 16 games as a rookie. He recorded 94 tackles, including three sacks, and one interception. Winfield played in Tampa Bay's first two playoff games – wins over Washington and New Orleans – before being sidelined for the NFC Championship with an ankle injury.

Johnson has been known around Minneapolis for years, starting as a standout quarterback for North High School. With the Gophers, he set school records for career receiving yards (3,305) and touchdown receptions (33). He joined the Bucs – and Winfield Jr.– as a fifth-round selection in the 2020 NFL Draft and saw the field sparingly throughout his rookie campaign. 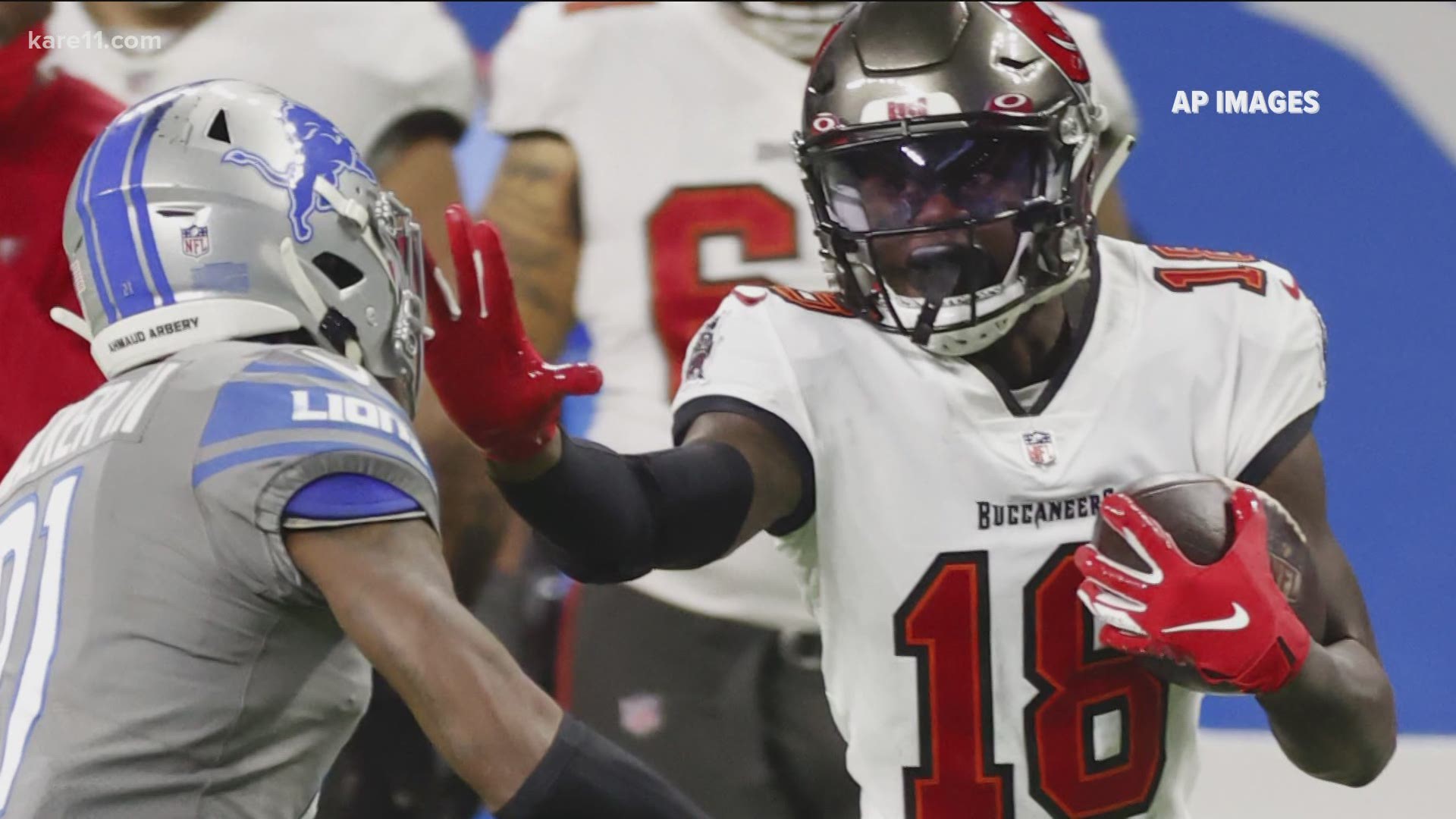 "When you look at Tyler and all the things he did for this program – all the huge catches, all the special catches, all the one-handed catches, all the big moment catches – the Georgia Southern and fade catch – that looks routine, (but) is very difficult to do," said Gophers coach P.J. Fleck. "You can make a highlight tape just here from practice and games of Tyler Johnson that lasts hours."

Tyler Johnson will play in the Super Bowl on Feb. 7. Can we talk about his insane college numbers?

In the playoffs, however, Johnson made a few splashes and was the intended target on a crucial defensive pass interference call in the NFC title game against the Green Bay Packers that essentially punched the Bucs' ticket to Super Bowl LV.

Winfield Jr. and Johnson won't be the only ones representing the Gophers in Sunday's game. Damien Wilson, a linebacker for the Kansas City Chiefs, also spent two years with the Gophers (2013, 2014) after transferring from Jones County Community College.

Headed back to the Super Bowl! pic.twitter.com/AJec9iFlLr

"Congratulations to Tyler, Antoine and Damien," Fleck said. "Having three Gophers in the Super Bowl is really, really amazing. It's a tremendous accomplishment for all of them. All Gophers should be really proud. Minnesota should be proud. The great thing about it is Minnesota's gonna win a Super Bowl. The Gophers are gonna win the Super Bowl somehow, someway."

While communities surrounding Tampa Bay and Kansas City will be beaming with pride when the Buccaneers and Chiefs take the field Sunday for what has become a worldwide spectacle, there will certainly be plenty of pride coming out of Dinkytown and the state of Minnesota as well.