U freshman enrollment may be largest in 50 years

The incoming freshman class in 2019 may be the largest in 50 years, pending final numbers 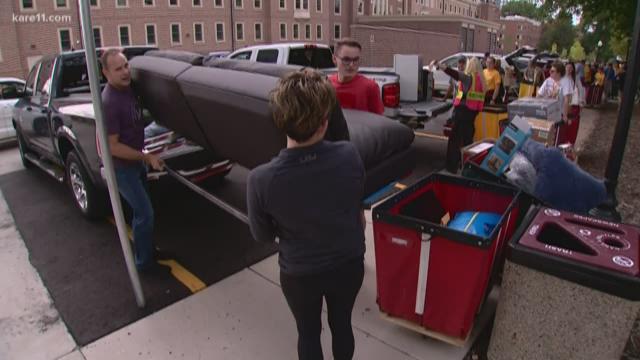 The early results look good for the University of Minnesota's new freshman class.

Although official data won't be published until later in the fall, Vice Provost and Dean Robert McMaster said the school expects more than 6,200 freshman students to enroll this year — which, if true, would eclipse the 2017 class as the largest in 50 years.

"This year," McMaster said, "the gods of enrollment were favorable."

The university extended more offers to prospective students in 2019 after experiencing a slight decrease in applications, which fell from 44,000 last year to roughly 40,000 this year. When the May 1 decision deadline arrived, the school essentially over-yielded, McMaster said, leading to a large freshman class.

One especially encouraging sign for the U: Out-of-state and international student numbers appear to have increased in 2019, pending final data. Last year, those figures — which do not include students from Wisconsin or the Dakotas — dropped to their lowest percentage levels in about a decade. The overall class of almost 6,000 consisted of only 4.8 percent international students and 12.2-percent out-of-state students, according to university enrollment data.

"I think I can safely say those numbers are up this year over last year, which is great," McMaster said. "We were actually watching that very closely, because I think, as you know, we had another fairly significant bump in non-resident tuition."

In fact, the university increased out-of-state tuition by another 10 percent in 2019. Sitting north of $31,000 this year, out-of-state prices have nearly doubled since 2011-12 (that school year, it should be noted, saw the first drop in out-of-state tuition in years). Still, the prices remain lower than many other Big Ten schools; a non-resident at the University of Michigan, for example, paid nearly $50,000 in 2018-19.

Scholarships and waivers are also available for non-residents at the University of Minnesota, which was a major selling point for the Strubhart family from Southern Illinois. Their son, Hunter, picked the U because of his interest in the bioproducts engineering degree — and because of the $10,000 scholarship he received.

"Very helpful, yes," his mom, Yvonne Strubhart, said. "And Illinois, it's about the same, so we weren't really saving or losing any money."

Lara Gordienko, an incoming student from Costa Rica, settled on the U because of the school's marketing and music production programs. During her college search in the U.S., it was hard to find a school for less than $50,000 a year in tuition, but the U offered enticing scholarships for her as well.

On Tuesday, she moved into her dorm for the first time.

Of course, her decision has raised some eyebrows among some of her friends, who keep reminding her how cold it is up here in Minnesota.

"Every time I told someone, they told me, it's so cold, so cold there," she said. "I didn't know it was such a big issue!"

But here in Minnesota, she says, she'll get to experience something new.

"It'll be my first time living with snow," Gordienko said. "I've only seen snow once in my life." 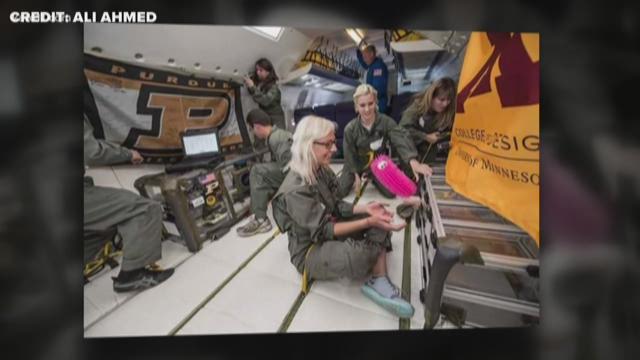