U of M Board of Regents approves extension for Mark Coyle

The extension keeps the University of Minnesota Director of Athletics on staff through June of 2026.

"Gopher Athletics has excelled under Director Coyle's leadership, not only winning in competition but, more importantly, setting records in the classroom and investing countless hours in community service," said University President Joan Gabel in a statement. "The visibility of those successes have positively reflected the ideals of the University, one of the most important contributions any athletics department can make. What Director Coyle and his team have accomplished gives me great confidence that his department will continue to deliver exceptional results."

Coyle took over as the Gophers' Director of Athletics on May 11, 2016, and since that time, Minnesota has won 11 regular-season conference championships and seven tournament titles. Six people have also won an individual national championship in that span.

In the 2018-19 school year, Minnesota was the only Power 5 school to achieve a winning record in every team sport. The Gophers followed that up with a successful fall semester, where the volleyball team advanced to the NCAA Final Four for the third time in three years and the football team posted its first 11-win season since 1904.

"I am incredibly grateful for the support of President Gabel and the Board of Regents," said Coyle in the release. "Their belief and trust in our department has been tremendous and is a significant reason why we have been successful. Our student-athletes continue to perform at high levels in competition and in the classroom, and I am continually impressed by their collective desire to become the best students and teammates they can be. We also have fantastic coaches who stress the importance of being a well-rounded student-athlete and have a keen focus on preparing our students for success after college. I also want to thank our staff of 275 full-time employees. They are the backbone of our department and their dedication and hard work is the reason why we are one of the best athletic departments in the country."

According to the U of M athletics department, Minnesota finished 20th out of 295 schools in the 2019 Division I Learfield IMG College Directors' Cup standings, which ranks the top Division I athletics programs in the nation.

Academically, Minnesota student-athletes have an average GPA of 3.28, which is the highest in school history, according to university officials. Every sport posted a team GPA of 3.1 or better in the fall semester — the first time every program finished above a 3.0 — and has a current graduation rate of 94 percent, which is also the highest its been in school history. 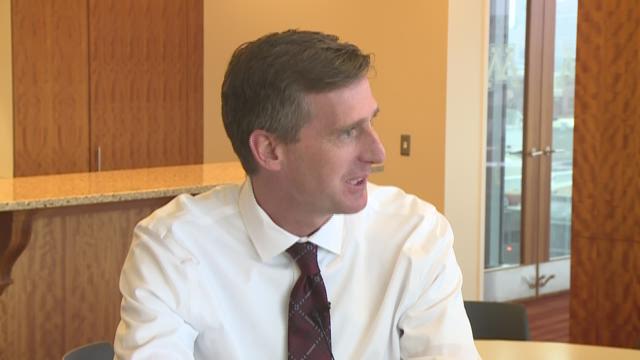