Who's next for the Gophers men's basketball program

The head coaching job is desirable. We look at some possibilities after the U of M parts ways with Richard Pitino. 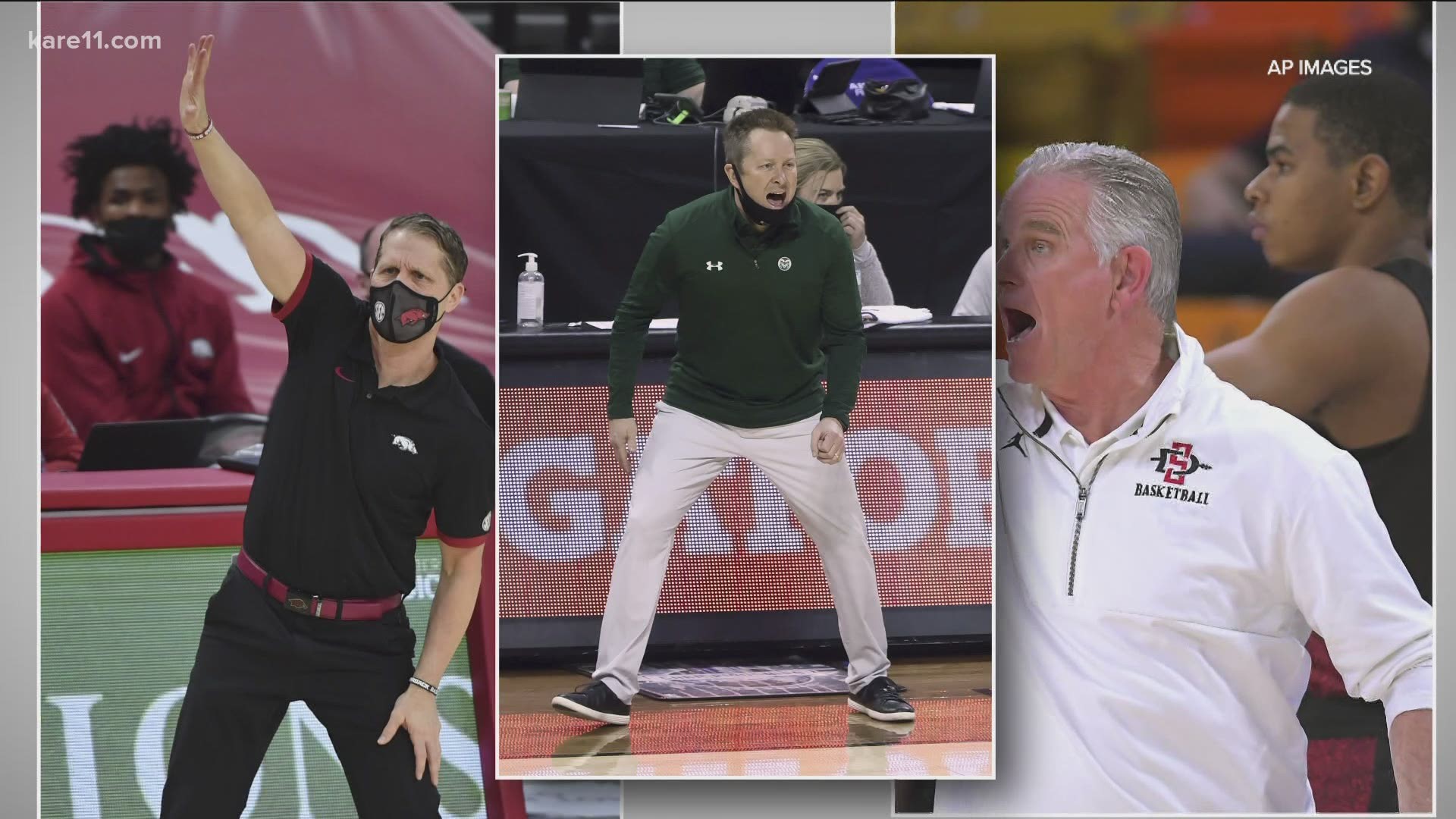 MINNEAPOLIS — University of Minnesota Athletics Director Mark Coyle announced Monday evening they've parted ways with men's basketball coach Richard Pitino. So, now that we know who’s out at the U of M, what about who’s in?

The Gopher men’s basketball head coaching gig is very much a desirable job, so it will likely draw a lot of applicants. Regardless of who it is, priority number one will be that they can recruit in-state.

“They have not hit on nearly enough guys in the state of Minnesota," says Andy Greder, Gopher Beat writer for the St. Paul Pioneer Press. “And that has been one of their downfalls. They’ve not had the depth, they haven’t had the talent and a lot of that is in the backyard and they haven’t been able to do so.”

Greder says there are plenty of names out there: Eric Musselman from Arkansas, Brian Dutcher from San Diego State, Craig Smith at Utah, Niko Medved at Colorado State – all of whom have connections to Minnesota. And all of whom would seem to fit the mold of the type of coach Mark Coyle’s been bringing in.

“Obviously, high character is going to be big,” says Greder. “Somebody who can connect socially, you know. Mark talked about that a lot. Recruiting, filling the barn, being charismatic, leading the right way.”

One of the more popular names in coaching searches right now is Dennis Gates at Cleveland State.

Another priority at the Gopher programs is to have more diversity, while also hiring the best people for the job. Gates is now in his second year at Cleveland State and is the two-time Horizon League Coach of the Year. This year, his Vikings made the NCAA Tournament.

“You look at Coyle’s hires,” says Greder. “The demographics of the entire ‘U’ leadership and their head coaches and it’s a blind spot for them. It’s something that they have to correct. You want to hire the best candidate and, if also, they are a minority candidate, a person of color, that certainly helps.”

Whomever it is, will have their work cut out for them. Trying to restore consistent success that the program hasn’t had in some time.