Maybe the second-half schedule isn’t tough but neither are the Cleveland Browns: Bud Shaw’s Sports Spin

Freddie Kitchens and the Browns show few signs of digging themselves out of a big hole. 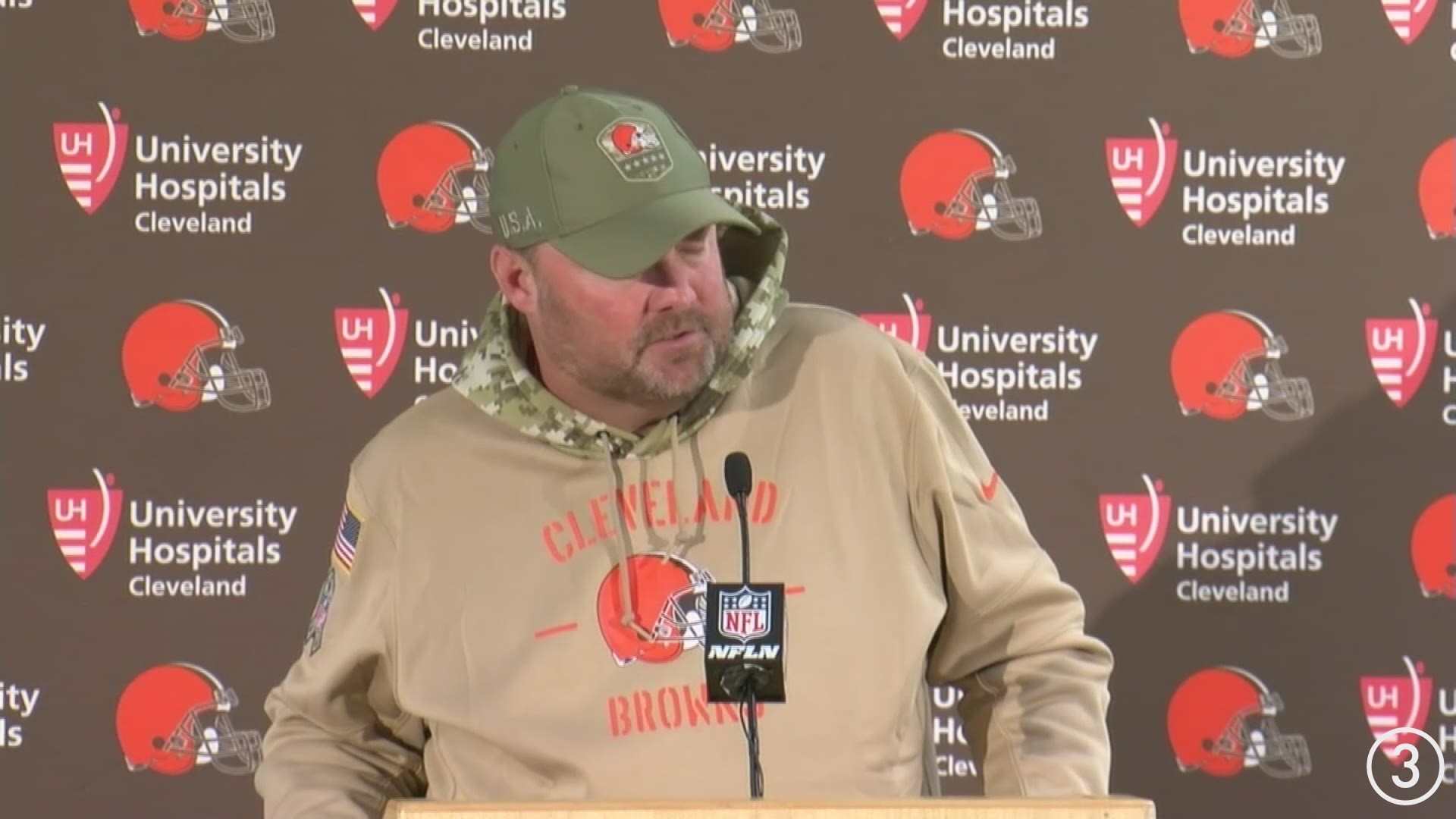 CLEVELAND — Rinsing and repeating the details of another Browns loss...

When asked, Beckham — in his best impression of an indicted politician — said he does not recall.

So we’ll say it for him, or some version of it.

Beckham can’t get the ball to save the Browns season.

And sometimes when he has, he’s dropped it. 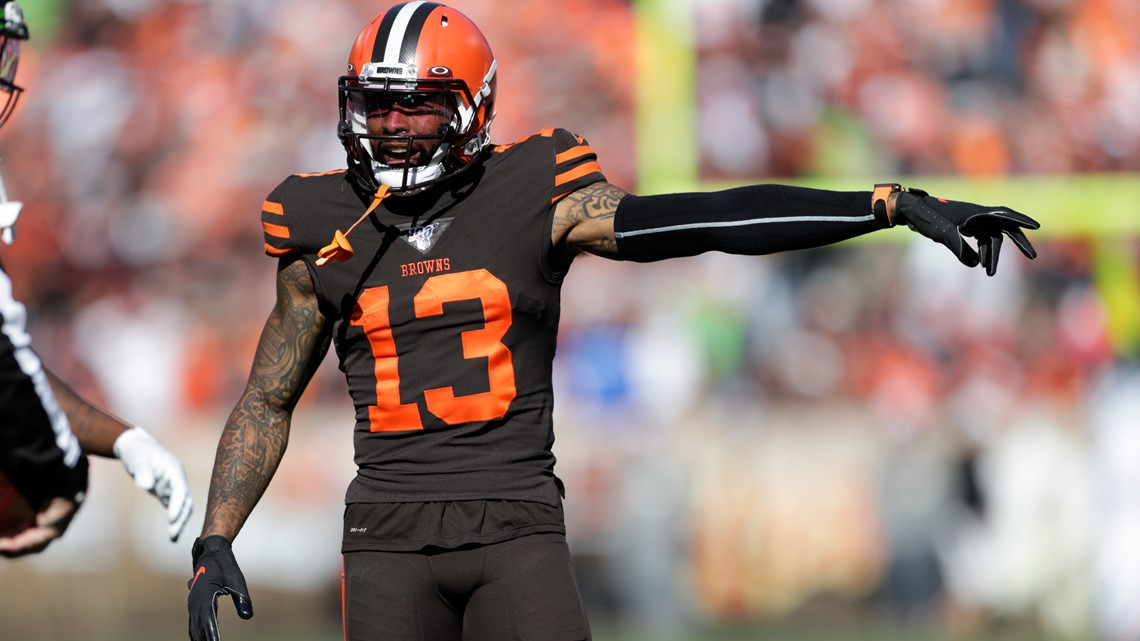 Odell Beckham Jr. says 'I can't get the ball to save my life' during Browns' loss to Broncos
With 3:23 remaining on the clock, the Cleveland Browns found themselves facing a 4th and 4 at the Denver Broncos' 28-yard line, trailing by five points and with the season on the line. Quarterback Baker Mayfield dropped back and locked in on wide receiver Jarvis Landry, who was unable to haul in a pass that was successfully defended by Denver cornerback Davontae Harris and Kareem Jackson.

In the eighth game of the year.

And I’m betting his eye discipline won’t be any better than his secondary’s.

It’s impossible to lose a press conference as a new hire in the NFL unless you’re Adam Gase and you’re wondering if you’re the only one in the room that just saw the Yeti walk through.

The second is some of his playmakers are for some reason concerned before and after games about their shoes and facial hair.

The Browns have some real talent. It’s just hard to take anything else about them seriously.

I’d never say Landry loses his focus on the field. He plays too hard to deserve a weak take like that.

Just saying Kitchens hasn’t created an environment where his players' main concern is their jobs and how they’re going to hold on to them. He’s fed it, in fact.

A week after the Seattle game, Baker Mayfield was still talking about officiating. Beckham was still bothered by the NFL dress code. And Kitchens was still defending his end-of-half game management.

None of it mattered. Not one whoopty-hell.

Two questions loom about Hunt. How ready is he after missing so much time? How will Freddie Kitchens use him when he still isn’t sure how to use Nick Chubb?

I don’t want to say he looked relaxed but I swear I saw him take off a smoking jacket on the sidelines before coming back into the game.

I know I never played the game. But I have to ask: If he’s going to grasp at straws, maybe Kevin Costner as Wyatt Earp would cut a more commanding figure.

I won’t repeat what he said. If you want to look it up you can find it. I’ll just say it made “Jesus Tony” sound affectionate. 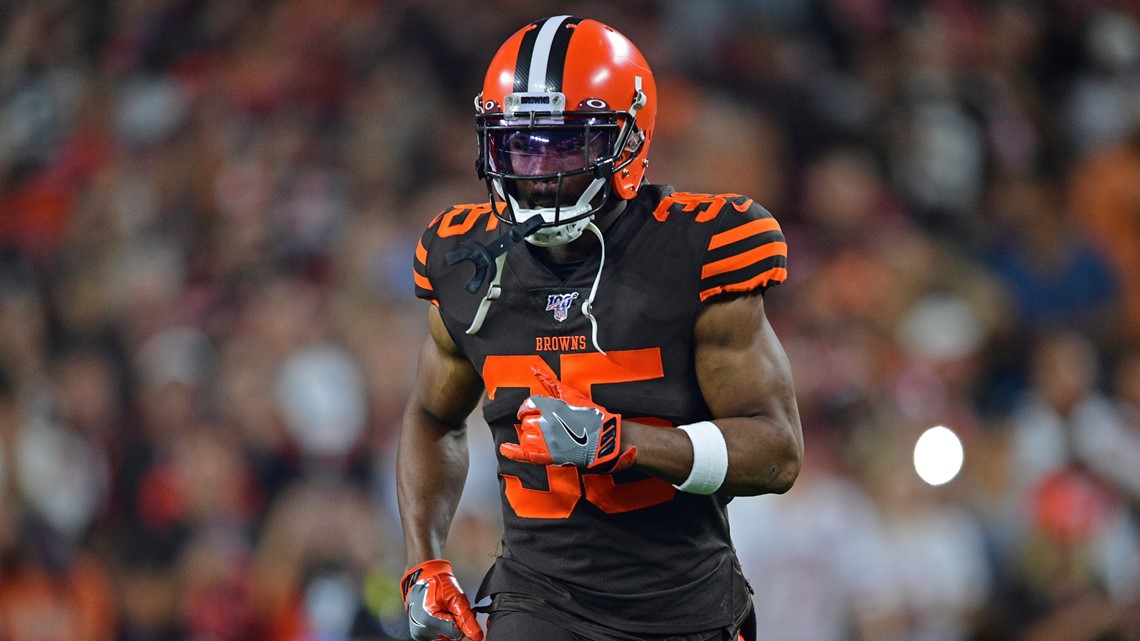 And Beckham presenting Tom Brady with goat-haired cleats on the field after a loss.

That’s an especially low bar given the predicted heights this season.

It’s not too far from hearing that in a press conference to hearing that the culture in Berea is going to change.

From the next head coach.

Who, no doubt, will have won the press conference.