The #2 Concordia-St. Paul hits the road this weekend in the Keweenaw Volleyball Classic at Michigan Tech. 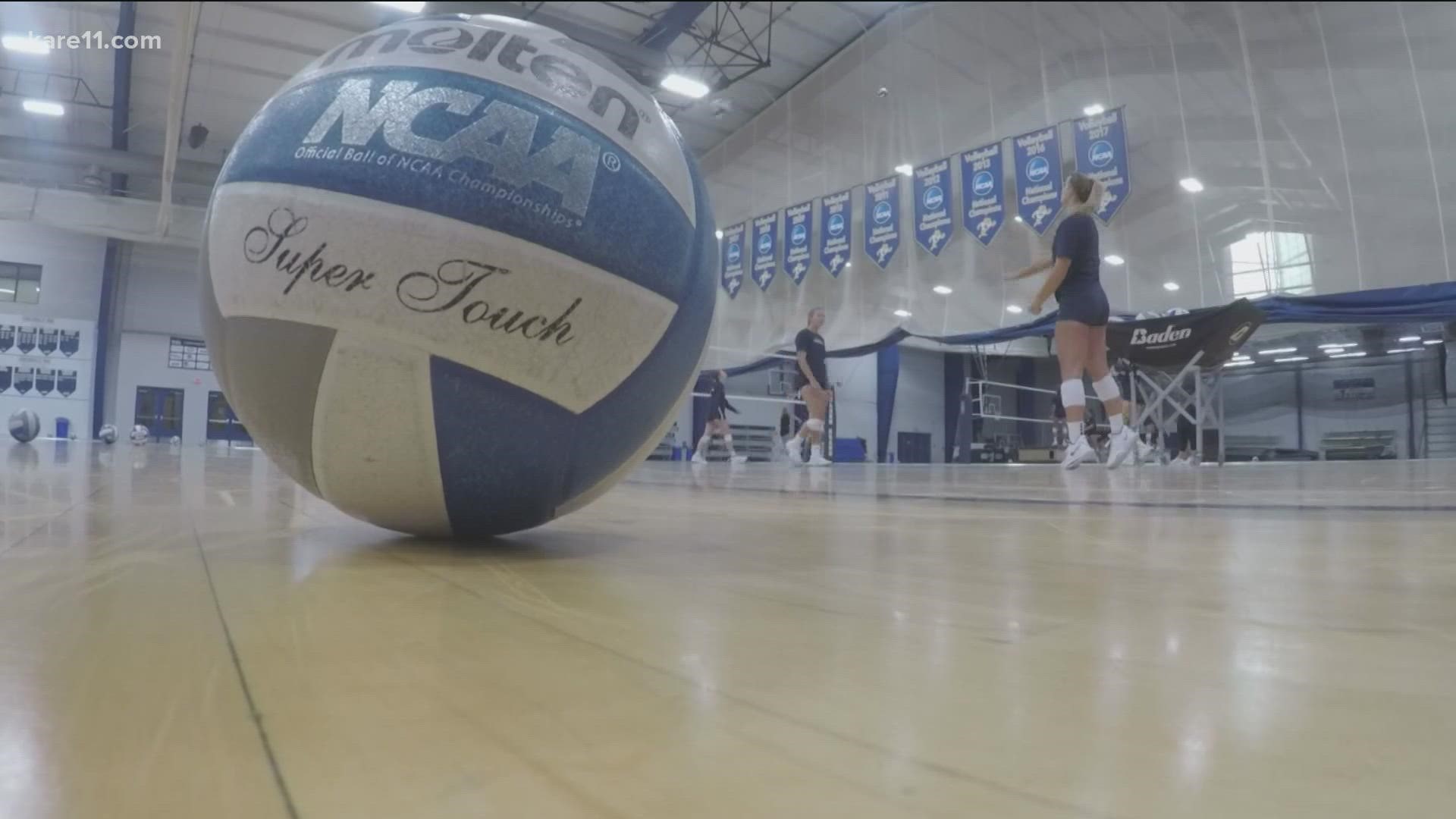 GOLDEN VALLEY, Minn. — The Concordia-St. Paul volleyball has returned to the court for the first time in nearly two years.

"Just honestly--so excited to play with my team again and play in real competition," said libero Tori Hanson, who is a fifth-year senior.

The Golden Bears are a perennial power in NCAA Division II. They were picked second in the AVCA Division II Preseason Coaches Poll. CSP will be tested with a schedule that features seven matches against ranked opponents.

"We have new experience coming in with some fresh energy in the gym. Our depth is going to be big. We have 17 players--but we don't usually carry that many players, so it's a big roster for us," said CSP volleyball coach Brady Starkey.

Two weekends of non-conference road matches will give the Golden Bears a blueprint of how they set up going into the Northern Sun Conference Season.

"We want to be playing good volleyball. It's a good gauge of where we're at and it will show us what we need to work on as we move forward," said Hanson.

Concordia plays their first home matches of the season against Minot State on Sept. 17 and UMary on Sept. 18.