Edina, for example, had to scramble to find a homecoming opponent this weekend after its opponent dropped out. 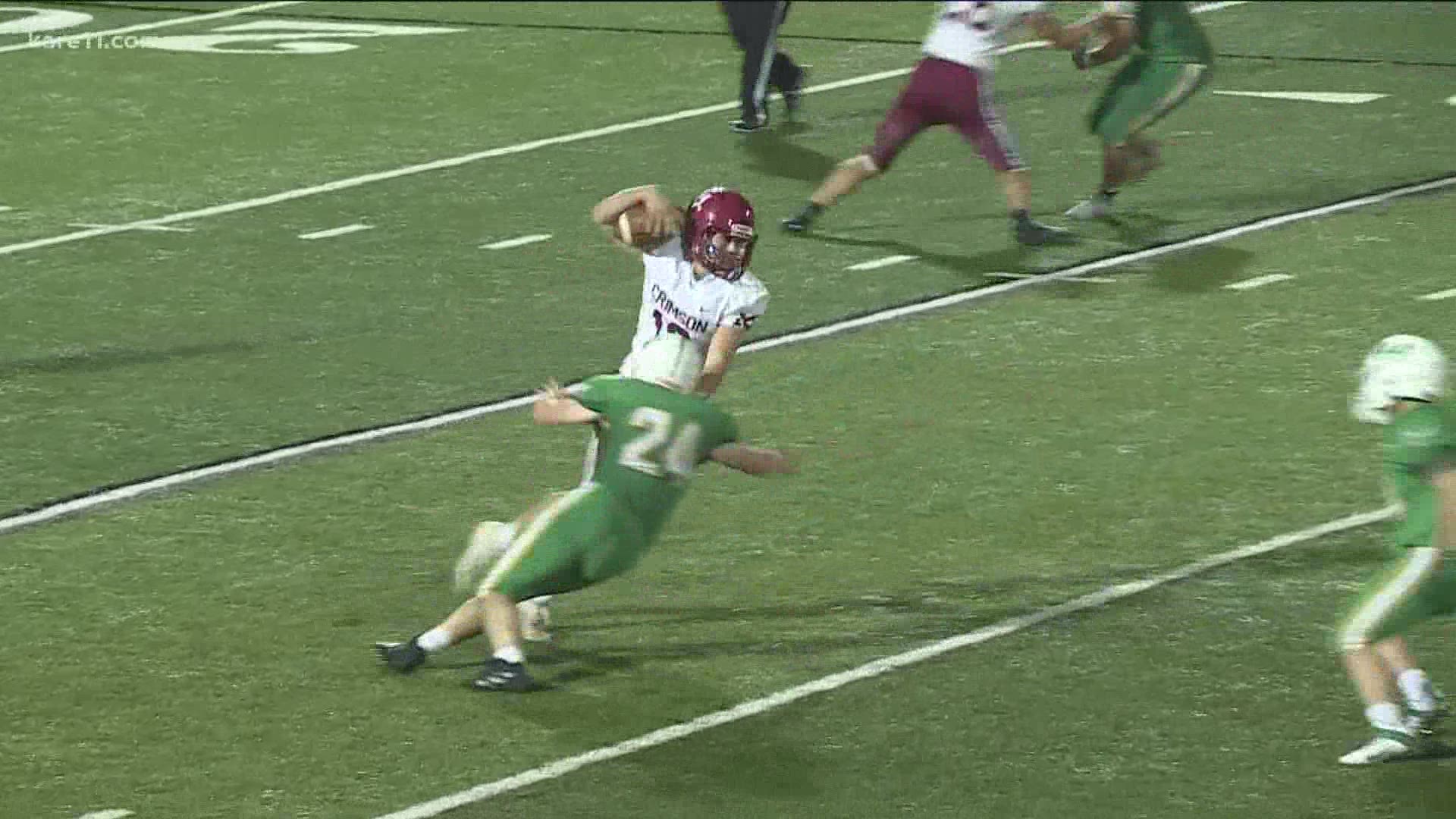 On Tuesday, just three days before the homecoming football game against St. Michael-Albertville, the Hornets’ opponent canceled because of a COVID-19-related issue. Edina suddenly had no opponent, for a homecoming weekend that was already going to have no parade, no dance and no pep rally.

It was not ideal.

“Talk about a whirlwind,” Stein said. “Seems like we’ve been in a whirlwind since last spring.”

But Stein did not give up hope. Late Tuesday night, with the clock ticking toward homecoming weekend, the Edina Hornets account posted an urgent Twitter message: “Late change in game plans – no problem we will roll with it. We are looking for a Friday home varsity football game,” the Hornets announced. “Reach out to [Troy Stein] if anyone knows of other teams looking to play.”

Within minutes, the suggestions mounted. One Twitter user offered the Minnesota Vikings as a possible opponent; another tagged University of Minnesota head coach P.J. Fleck to gauge his interest. There were serious inquiries, too, coming from posters who knew that teams like Ely and Rogers had openings in their own schedules.

Late change in game plans - no problem we will roll with it. We are looking for a Friday home varsity football game. Reach out to @Troy_Stein if anyone knows of other teams looking to play. #Thanks and RT. #Hornets

Eventually, the Hornets’ frantic message reached the northern part of the state, when Bemidji caught wind of the situation. The Lumberjacks needed a Friday night game as well, and they decided they would be willing to make the 225-mile trek to Edina to fill the vacant homecoming slot.

“We were like, ‘let’s make this happen!’” Stein said. “We’re so grateful that Bemidji is willing to travel.”

Edina and Bemidji find themselves almost in an identical position to Becker and Spring Lake Park, who patched together an opening game against each other two weeks ago, after their respective opponents canceled at the last minute. Although the Minnesota State High School League was unable to provide a firm number, COVID-19-related issues and positive tests have forced a handful of programs to cancel games so far in 2020.

Patsy Stinchfield, a nurse practitioner and infectious disease expert at Children’s Minnesota, reminded parents that COVID-19 is nothing to take lightly. Her hospital has seen young adults and teenagers hospitalized by the virus, and according to state data, the 15-year-old to 19-year-old group accounts for the third-most cases of any age bracket in Minnesota.

Stinchfield reminds parents to pay attention to their kids both on and off the field if they’re playing sports.

“For example: Carpooling,” Stinchfield said. “If a bunch of kids got in a van without a mask on, that would be risky.”

When they get to the field, high school football players are spacing out on the sidelines, competing in front of limited crowds to ensure social distancing and avoiding the indoor locker rooms whenever possible.

Or, sometimes, they’re not playing at all if a positive case occurs or there’s been some type of exposure issue.

For teams like Edina, who’ve rearranged their schedules due to COVID-19, the theme of 2020 is adjustment.

“We have some protocols in place, that are gonna keep kids safe,” Troy Stein said. “Keep them socially distanced whenever we can. And certainly in school as well.”