Fans, players, coaches and people in the community surprised coach with a parade of cars outside his home. 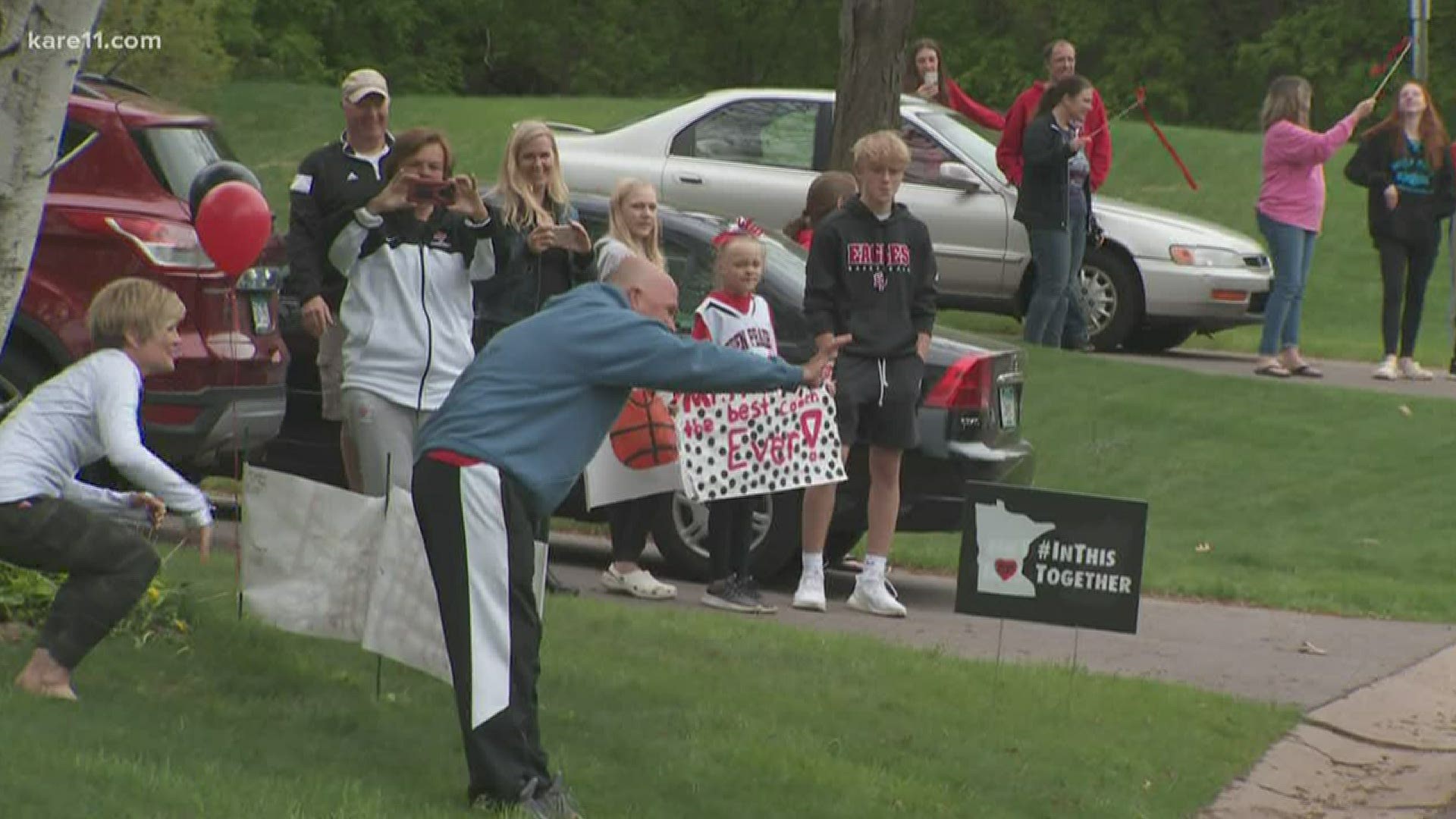 Flom, winner of the National High School Coaches Association's "Coach of the Year" award, was surprised by his wife and family, who organized a parade of cars to drive by their home to congratulate him.

"It brought me to tears right away when I see everybody out here," he said. "I had no idea that this was going to happen, this was super special."

Eden Prairie was the top ranked team in the state before they got the bad kind of surprise and their season ended unexpectedly, like so many others.

"He kind of like, treats us as his kids. That's why we had so much success this year. We trusted each other, we trusted him. When we bought in, they bought in. That's what gave us so much success," Eden Prairie forward Austin Andrews said.

RELATED: Oturu bets on himself as he makes jump to NBA Draft

RELATED: Stadium lights turned on as beacons of hope