ESPN names Edina as 'Center of the U.S. hockey universe'

The local hockey hotbed was recognized based on youth participation and successful alums. 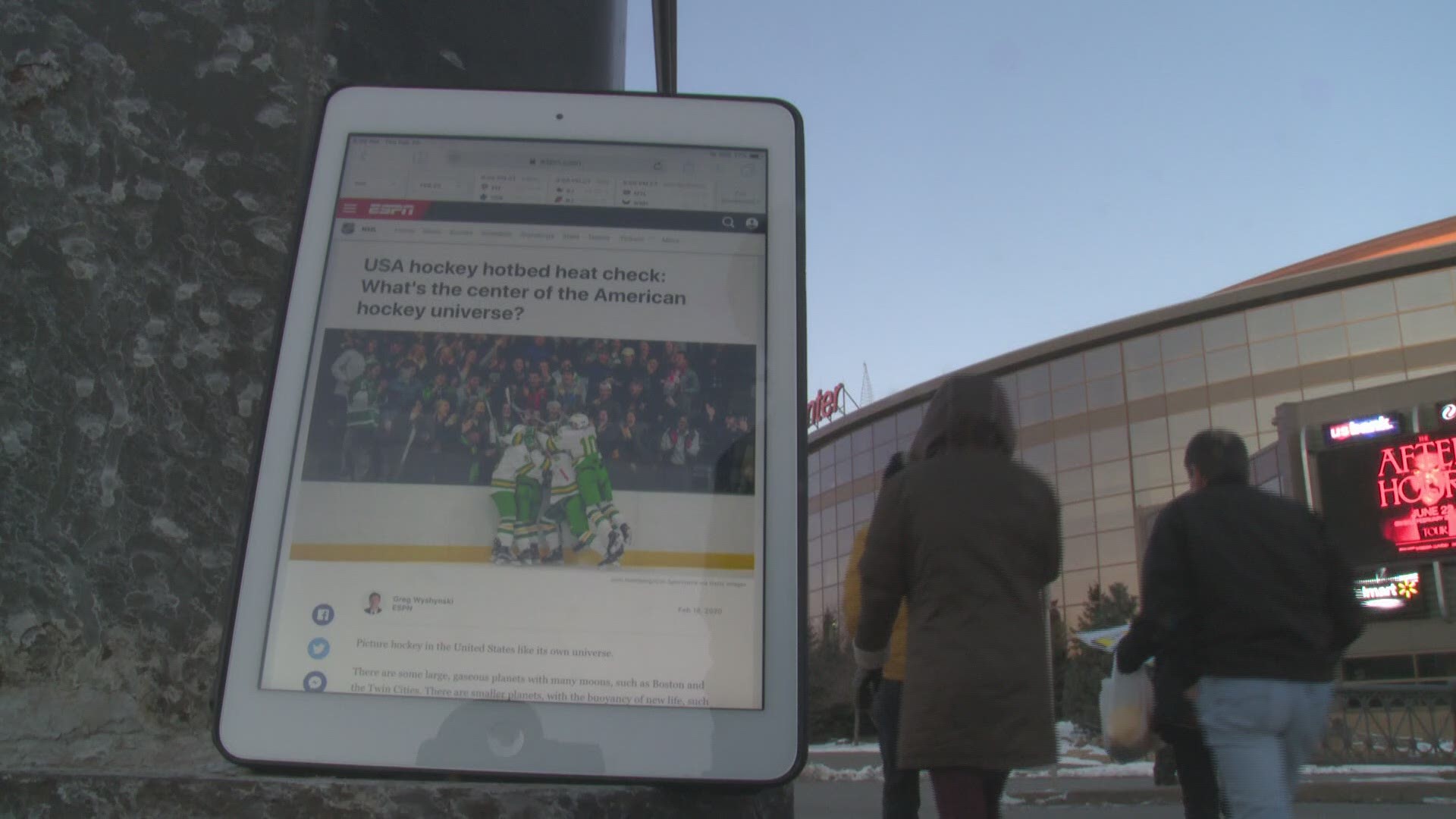 EDINA, Minn — To anyone who has taken part in the Minnesota State High School hockey tournament — either as a player or a spectator — it's no surprise that Minnesota would come to the forefront when discussing the "center of the American hockey universe."

Throw in the fact that Minnesota has bred more professional hockey players than any other state, and it's almost a forgone conclusion that ESPN's hottest U.S. hockey hotbed would come from the North Star state.

Dissecting the premier hockey towns in Minnesota, however, that's where things get a little dicey. From Warroad down to Rochester and White Bear Lake to Moorhead, there are plenty of communities to take into consideration.

But it's tough to look past the Hornets of Edina when it comes to the elite of the elite. And ESPN felt the same way.

In the article, Tom Chorske, a former NHL player from Minneapolis and current Fox Sports North analyst, says when it comes to the Twin Cities, it's tough to overlook Edina. "They win a lot at youth level and produce a lot of college players. A lot of Wild players live in Edina and their little kids are playing there."

Chorske says he has since taken some heat for the comments because he is a Hornet hockey parent.

"I really didn't know that I was going to be quoted on it," he said. "It's polarizing for sure, and even when I was a kid, we didn't like the Edina guys. Now, I just say I'm from Minneapolis. My kids are from Edina."

RELATED: Edina rallies around Zamboni driver nearly beaten to death by his brother

RELATED: Creator of hockey hair video says 2019's video will be his last