Farmington gets ready for first trip to state

The Tigers will play Eden Prairie at 2 p.m. on Wednesday at Williams Arena in a 4A quarterfinal game. 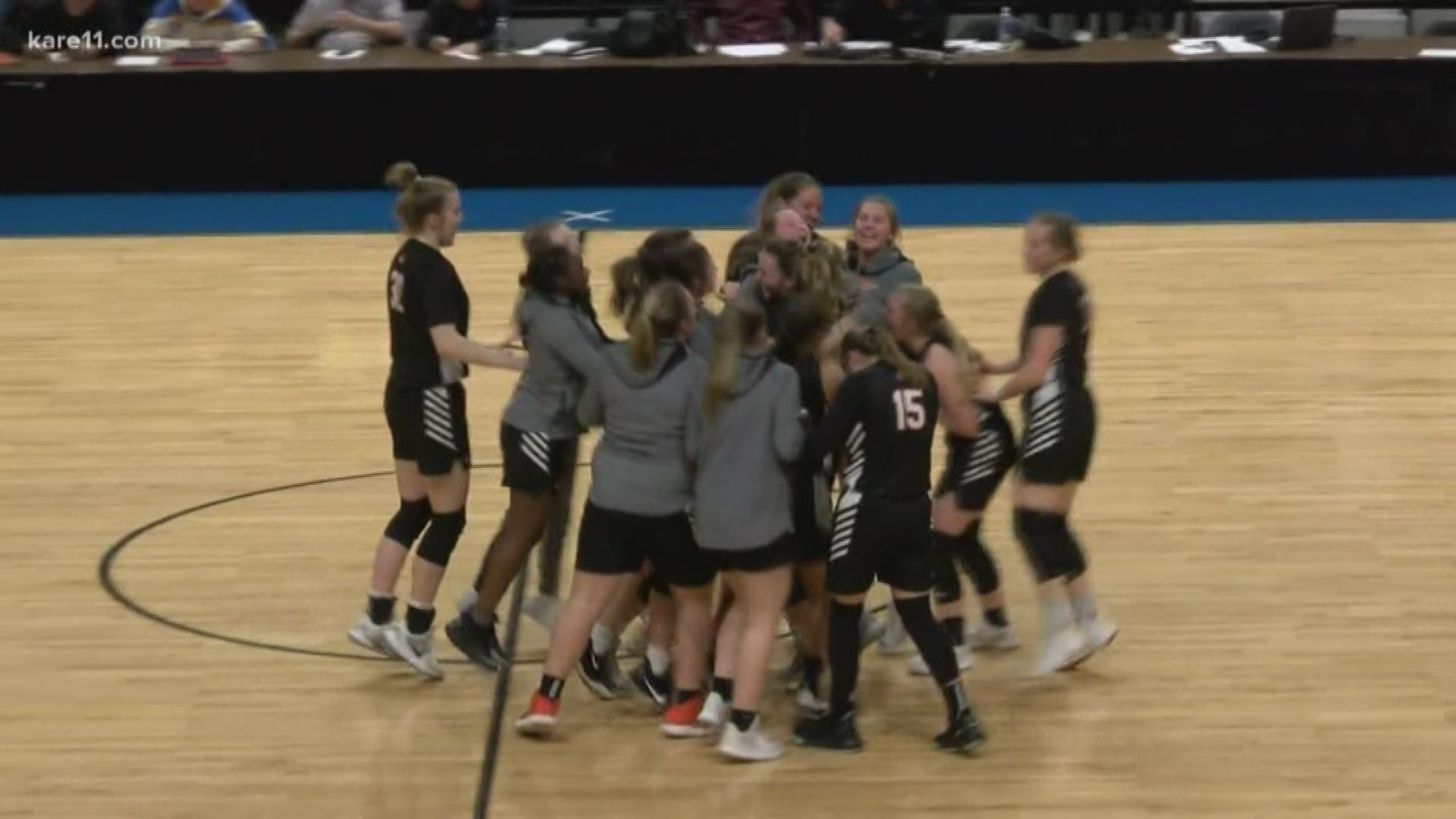 FARMINGTON, Minn. — Senior guards Molly Mogensen and Morgan Ebel have helped pave the way for the Farmington basketball team to make their first trip to the girls state basketball tournament.

The duo have been playing together on varsity since they were freshman.

"Our first few years we didn't win over five games and now we're not even losing five games in a season," Ebel said.

The Tigers are 27-2 this season entering the state tournament.

Mogensen is the school's all-time leading scorer but won't be playing in the tournament after suffering a foot injury last month.

She's embraced a coaching role to help her teammates on the floor.

"I see different things from the bench that I don't see on the court. I let them know during timeouts or dead ball situations just as much as I can to help them get through and adapt to those thing," said Mogensen.

"Molly is an absolute coach even if she's not on the floor. She's done a great job of getting the girls to stay composed. She has a high basketball IQ, so she knows what's going on," said Farmington head coach Liz Carpentier.

It seems fitting that the Tigers ability to overcome adversity can be summed up in one word.

"Our saying this year is unbreakable. It's on the back of our orange t-shirts and our state t-shirts. It's been that from the beginning and before all of our injuries that we had this season and throughout our whole program. I don't think that we could've picked a better term to use," Ebel said.